Today’s CometWatch is an image taken with Rosetta’s NAVCAM on 28 January 2016, when the spacecraft was 67.6 km from the comet nucleus. 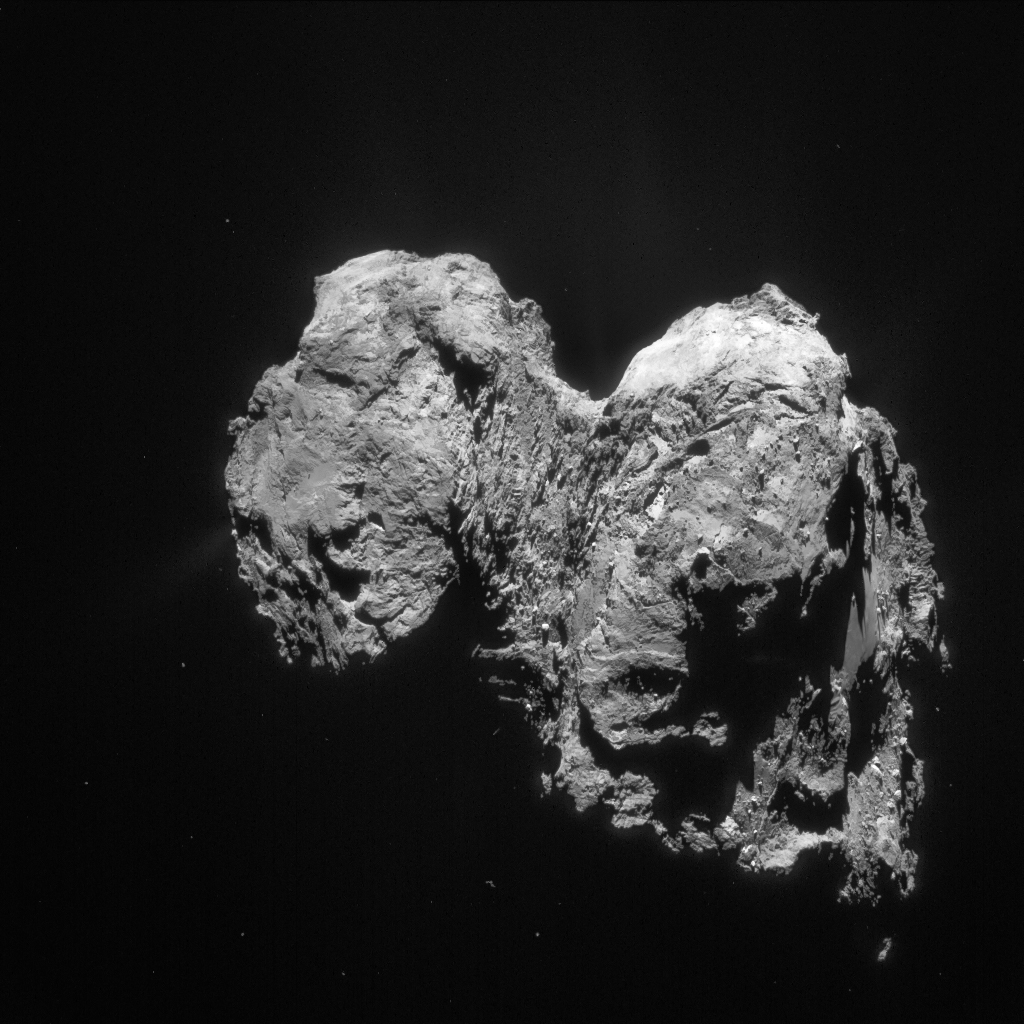 With the declining comet activity, Rosetta is now approaching the nucleus of 67P/C-G at distances that were not possible to attain since March 2015. This is granting us a detailed view of the comet’s surface, including of some regions on the southern hemisphere that were still experiencing polar winter at the beginning of last year.

In particular, the southern portion of the ‘neck’ region stands out in today’s CometWatch, with a dramatic perspective on the rugged terrains of Sobek. The small lobe, on the left in this orientation, reveals the seemingly flat southern region of Wosret, with hints of Bastet towards the upper edge.

The large lobe, on the right, shows a variety of different terrains: from the smooth portions of Aker and Khepry, visible as a bright swath at the top, through the rougher and boulder-rich portions of Khepry and Anhur at the centre, to a side-on view of Imhotep on the right.

The great diversity of Imhotep is clearly visible in this image, with smooth areas covered in dust, large circular features, terraces and many boulders. Hints of the Ash region can also be seen towards the right edge. 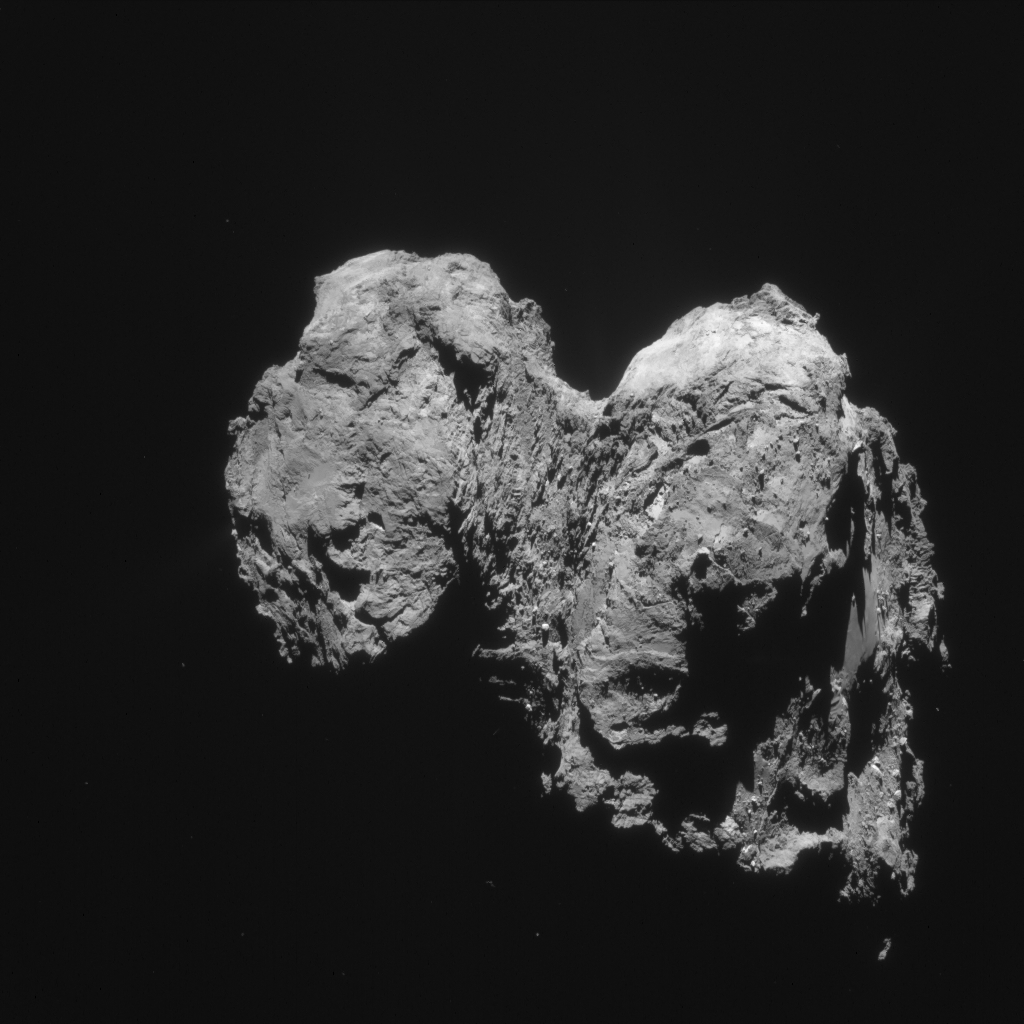