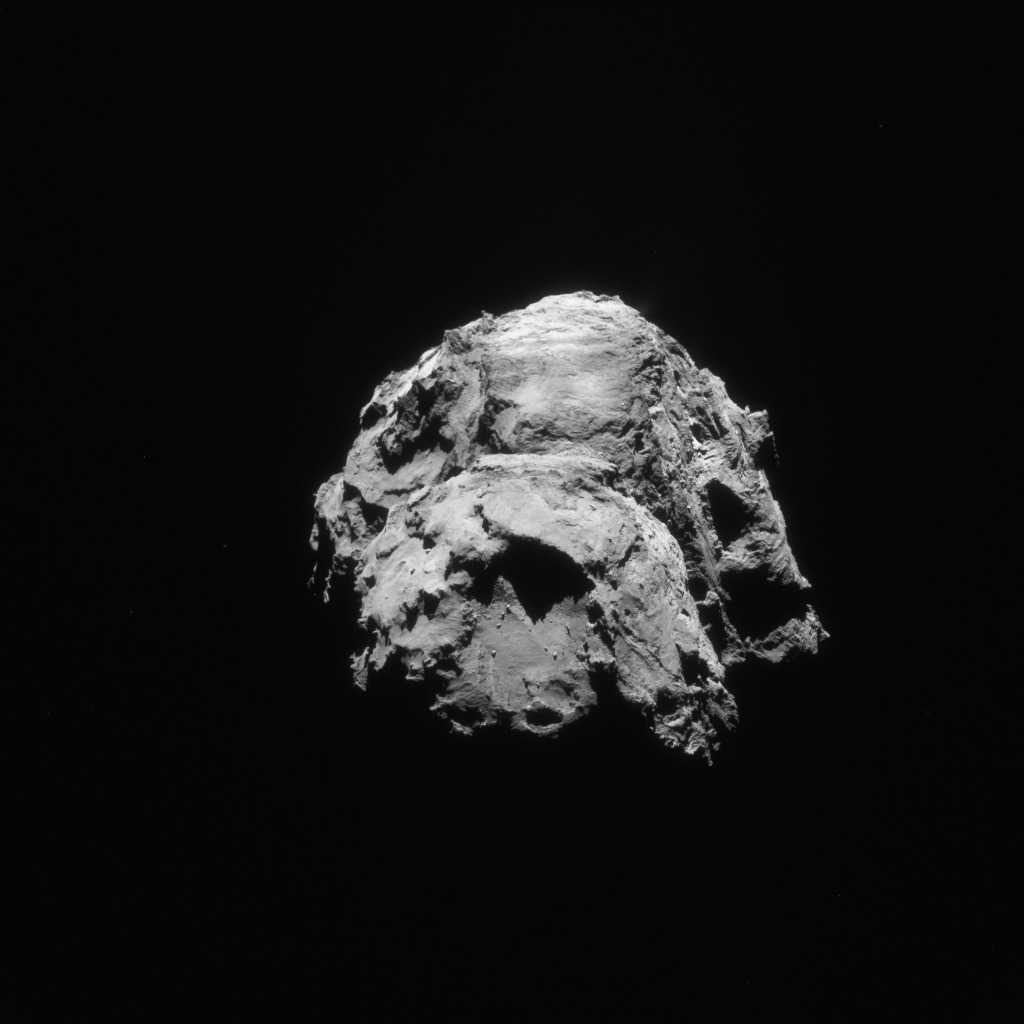 The Bastet region on the small lobe faces directly up in this orientation, with Ma’at immediately to the left and Wosret to the right. In the background, on the large lobe, a swath of smoother terrain – defining Aker, with Khepry beyond – lies between the more rugged terrain of Babi (left) and Anhur (right).

Parts of these southern hemisphere regions (to the right in the NAVCAM image) were also seen in spectacularly detailed images captured by Rosetta’s OSIRIS narrow-angle camera this week. For example, the image below was taken on 27 January as part of an extensive surface mapping campaign. The complete sequence is aiming for a large coverage of the southern hemisphere to be used for 3D shape reconstruction and composition maps. 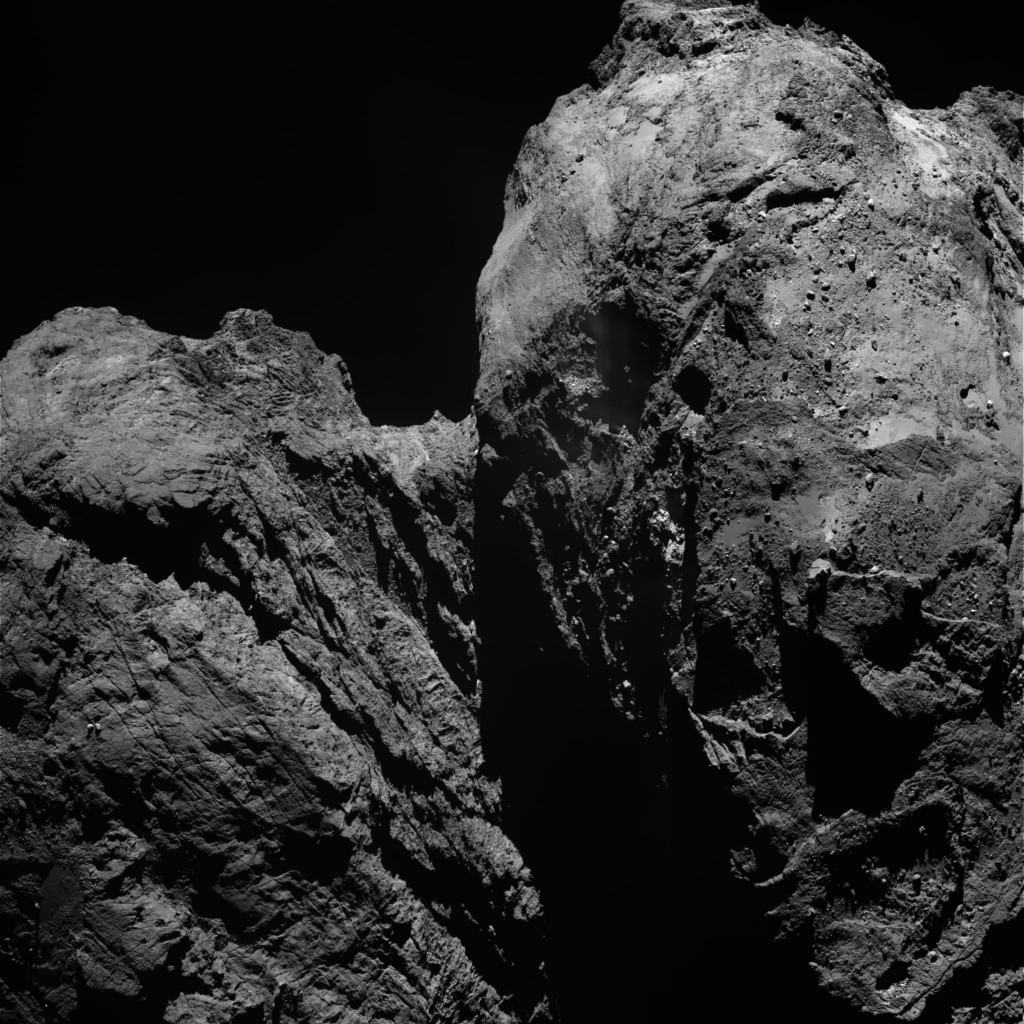 OSIRIS narrow-angle camera image captured on 27 January from a distance of 71.4 km. The image scale is 1.29 m/pixel. Credits: ESA/Rosetta/MPS for OSIRIS Team MPS/UPD/LAM/IAA/SSO/INTA/UPM/DASP/IDA

The relatively flat Aker surface can be identified to the right in this image, with Khepry to the top and Anhur towards the foreground. Sobek (centre) marks the transition towards the small lobe (left) where distinctive fracture patterns are clearly seen in Wosret (far left).

As we learned in the original OSIRIS release yesterday, the image also features two regions not previously mentioned before: Neith and Bes. The details of the regions and the locations of the boundaries are still under study (and precisely why images like this are essential), but broadly speaking, Neith lies between Wosret and Sobek on the small lobe, and Bes lies to the right of Anhur and extends into the foreground of this particular image. 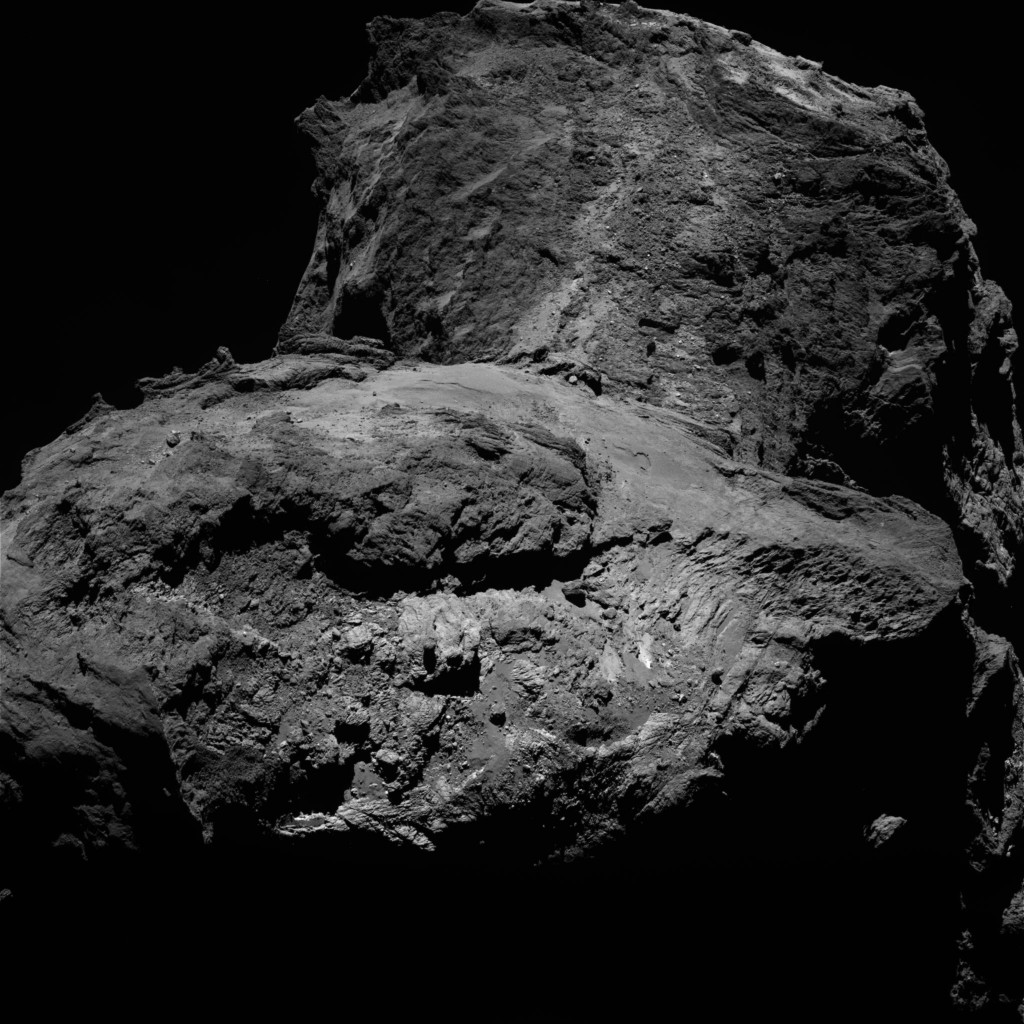 OSIRIS narrow-angle camera image captured on 23 January from a distance of 75.1 km. The image scale is 1.37 m/pixel. Credits: ESA/Rosetta/MPS for OSIRIS Team MPS/UPD/LAM/IAA/SSO/INTA/UPM/DASP/IDA

The OSIRIS team also released a striking new view focusing on the Khonsu region this week, at the boundary with Atum and Anubis (above). A variety of fracture-like features and layers are clearly visible. For example, zooming in close to the centre of the image reveals parallel sets of fracture lines that cross perpendicular to each other. On Earth and Mars this is often an indicator of ice that has contracted below the surface (see more examples and further discussion here).

Towards the right, long and near-parallel curvilinear features are evident and can be traced for some distance from the rugged terrain in the foreground to the smoother surface beyond. Understanding how features like these relate to the internal structure of the comet, and thus to the comet’s formation and evolution, is a hot topic for Rosetta mission scientists.

Meanwhile in the background of this image, much of the Anuket region on the comet’s small lobe is seen to the centre and left, with the transition into southern hemisphere regions towards the far right.

Catch up on recent OSIRIS images via the image of the day archive.

For help navigating the regions of the comet, see our comet viewer tool.

The original NAVCAM image from today’s CometWatch is provided below: 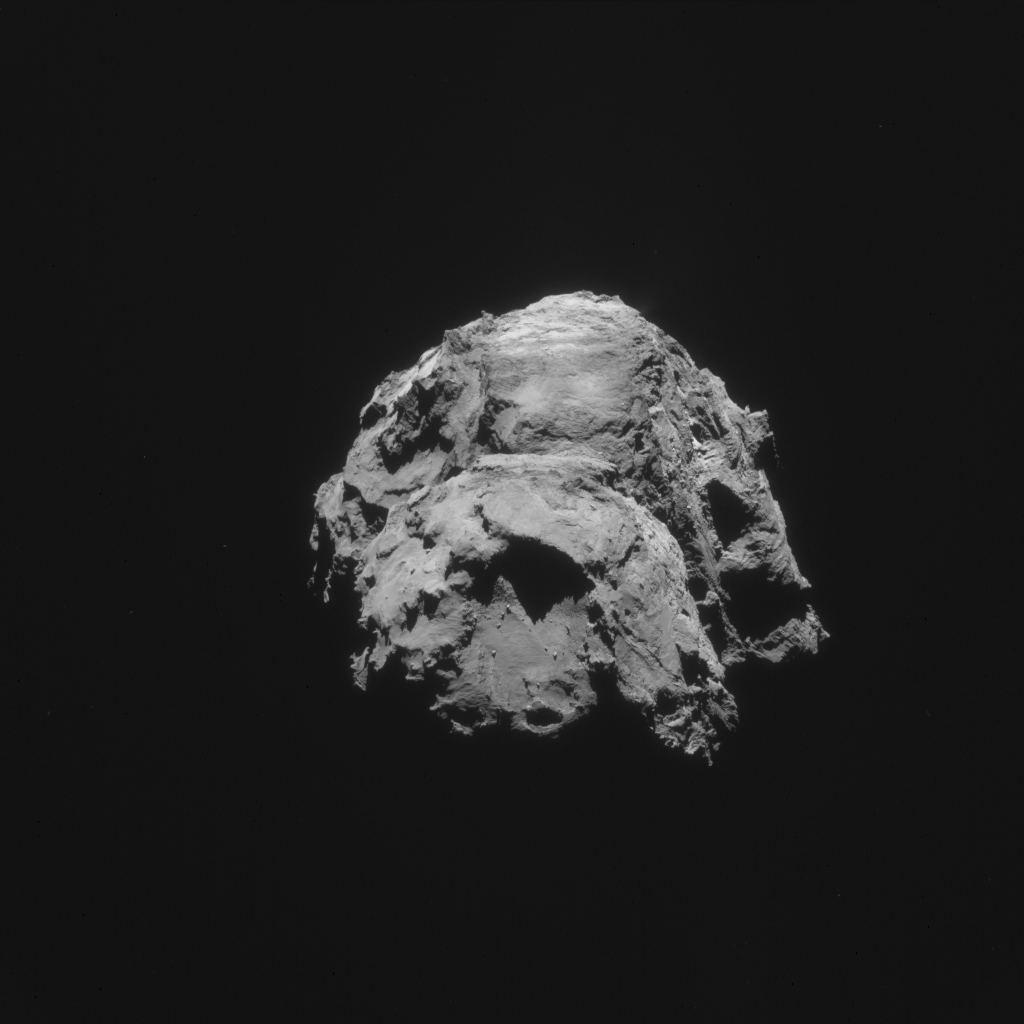