Since the start of the 2016 we have been treated to a variety of views of Comet 67P/Churyumov-Gerasimenko from Rosetta’s OSIRIS wide- and narrow-angle cameras through their “Image of the Day” website. 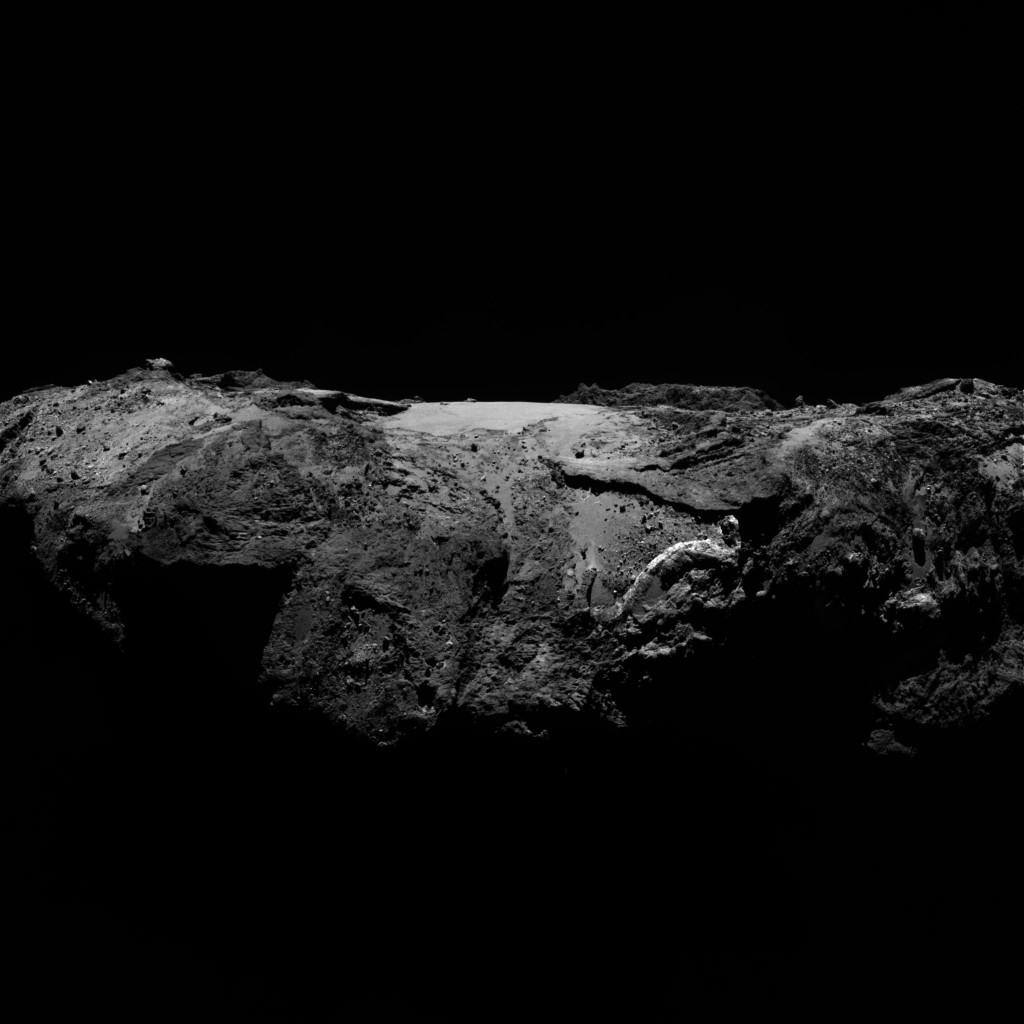 OSIRIS narrow-angle camera image taken on 2 January 2016, when Rosetta was 86.8 km from Comet 67P/Churyumov–Gerasimenko. The scale is 1.57 m/pixel and the image measures 3.2 km across. Credit: ESA/Rosetta/MPS for OSIRIS Team MPS/UPD/LAM/IAA/SSO/INTA/UPM/DASP/IDA

A particularly striking view can be seen in the image released on Wednesday (above) this week, showing an oblique view across the Imhotep region. The Anhur region in the southern hemisphere is in the foreground while Khepry lies to the far left and Khonsu to the right.

It is a picture of contrasts, with smooth terrain littered with boulders and surrounded by more rugged terrain. Examples of fractures and complex layering can also be readily found, especially when zooming in to the full resolution version.

Many previous images of Imhotep have given a bird’s eye view of this region, looking straight down, but this new perspective certainly helps to give a feel for the relative elevation of the terrain that bounds the smooth central plains of Imhotep. For example, the raised ‘cliff’ in the distance marks the boundary with Ash. 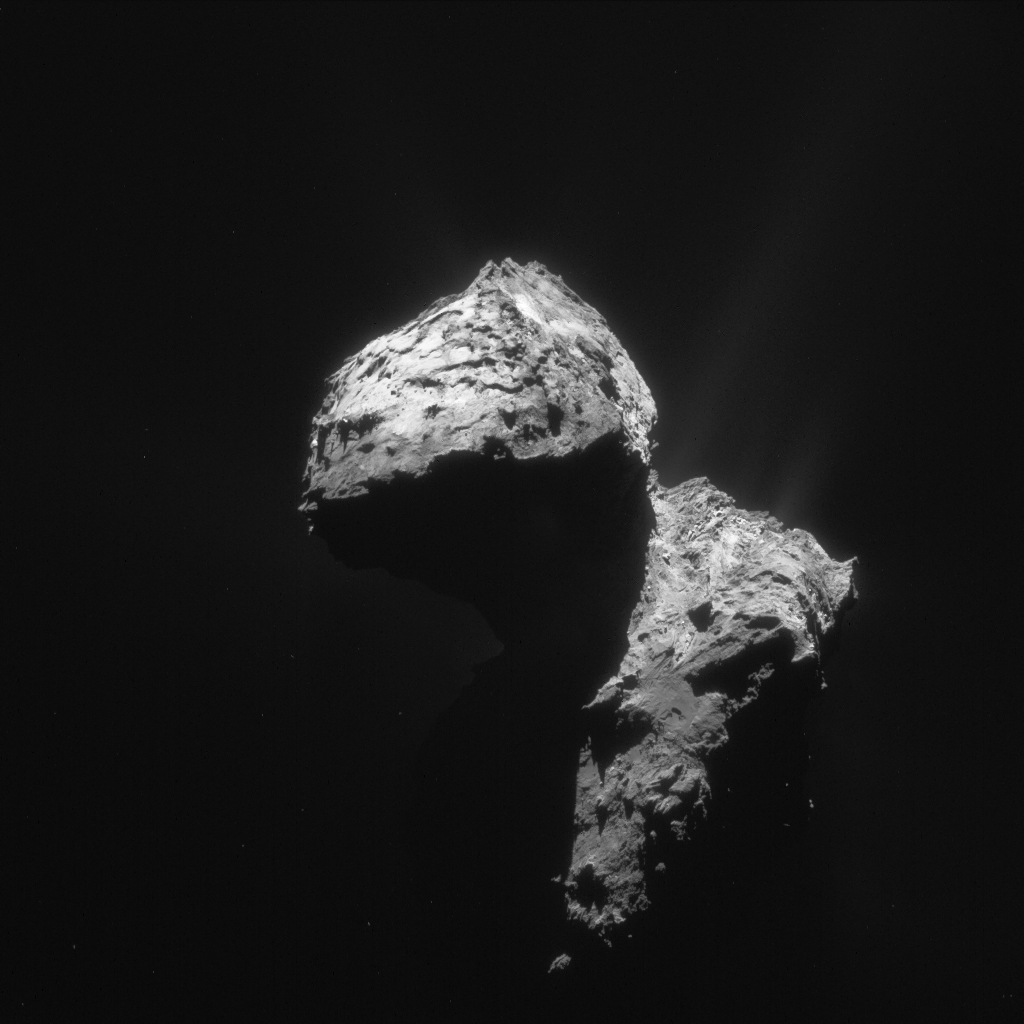 Single frame NAVCAM image taken on 7 January from a distance of 74.1 km. The image scale is 6.3 m/pixel and the image measures 6.5 km across. Credit: ESA/Rosetta/NavCam – CC BY-SA IGO 3.0

Rosetta’s NAVCAM also continues to provide stunning new views encapsulating the comet in its entirety: the image above was taken on 7 January from a distance of 74.1 km and captures a beautiful play of shadows falling onto the large lobe.

The comet’s southern hemisphere is also visible in this view, to the far right of both the small and large lobe. On the large lobe it is primarily Atum that can be seen in the foreground, with Anhur beyond.

On the small lobe a number of regions can be identified, notably Serqet, Nut and Maftet, with the relatively flat face of Wosret seen edge on. (Hint: use our comet viewer tool to help navigate the comet’s regions!)