Today’s CometWatch entry is a NAVCAM image taken on 31 October 2015, when Rosetta was 293.4 km from the nucleus of Comet 67P/Churyumov-Gerasimenko.

The scale is 25 m/pixel and the image measures 25.6 km across; the contrast was increased to bring out the comet’s activity. 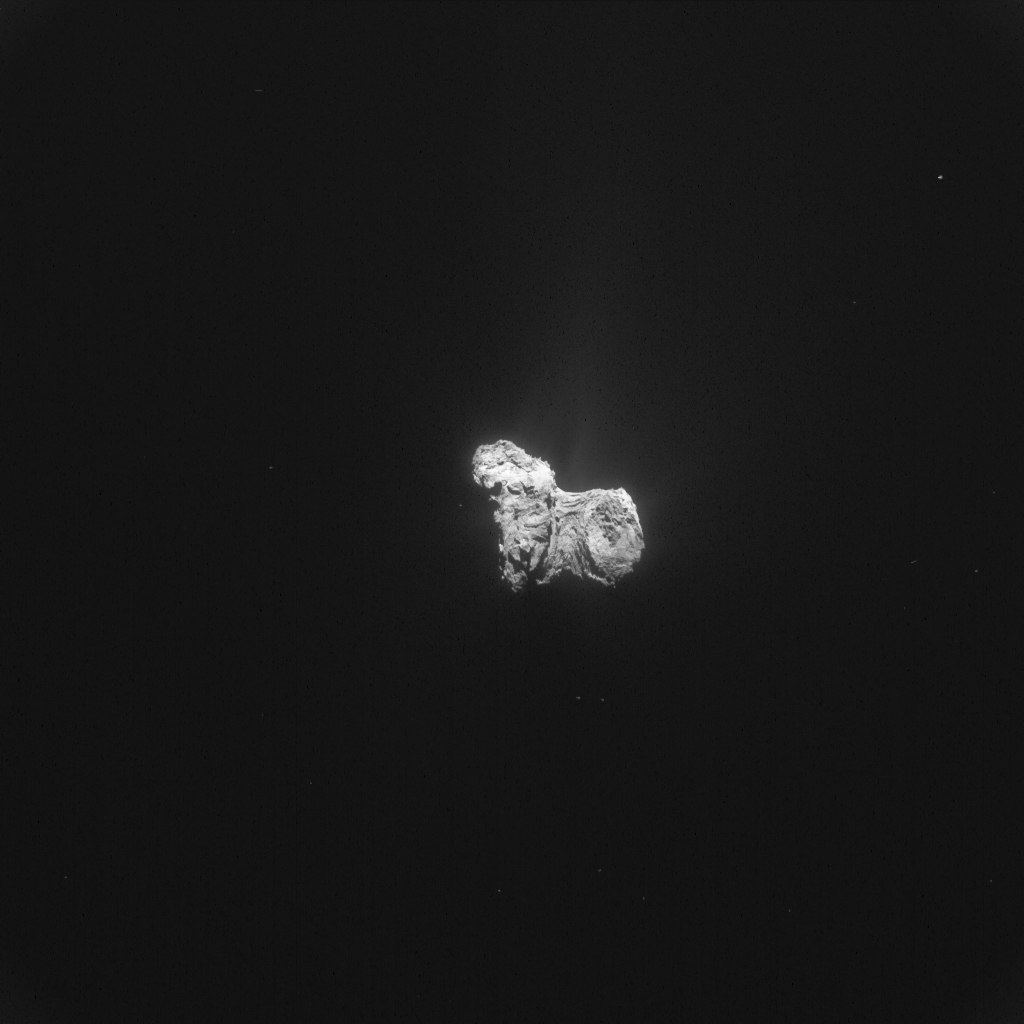 In this orientation, the comet small lobe is on the right and the large lobe on the left. The image shows interesting surface details of the four regions that were identified on the southern hemisphere after Rosetta started surveying this portion of the nucleus. The flat appearance of the Wosret region, on the small lobe, contrasts with the beautiful pattern of features seen on Sobek, in the ‘neck’ region. On the large lobe, parts of Anhur along with Khonsu are visible, while portions of two previously known regions, Anubis and Atum, can also be seen towards the top. 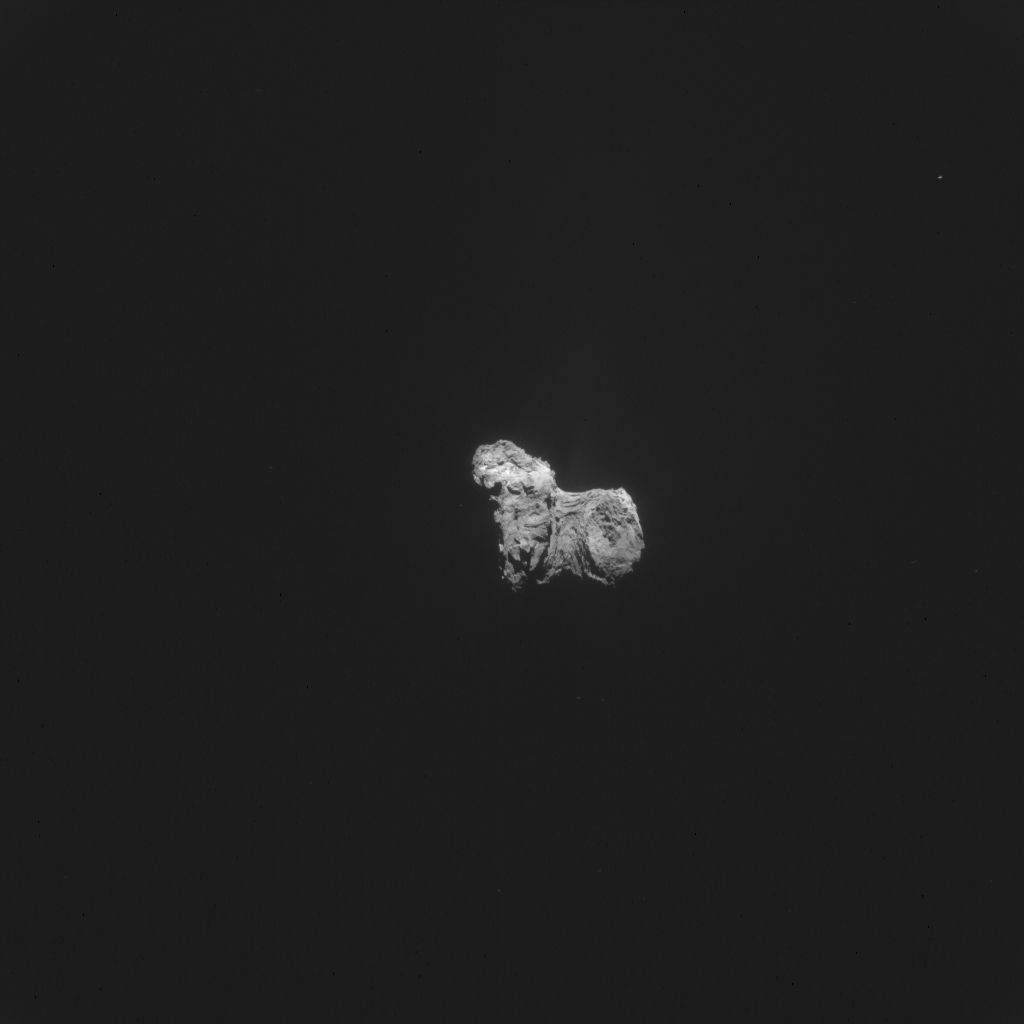