This image of Comet 67P/Churyumov-Gerasimenko was taken by Rosetta’s NAVCAM on 9 October from a distance of 579 km.

The image scale is 49.4 m/pixel and the image measures 50.5 km across. The contrast is increased to better see the comet’s activity, with several distinct active regions clearly visible. 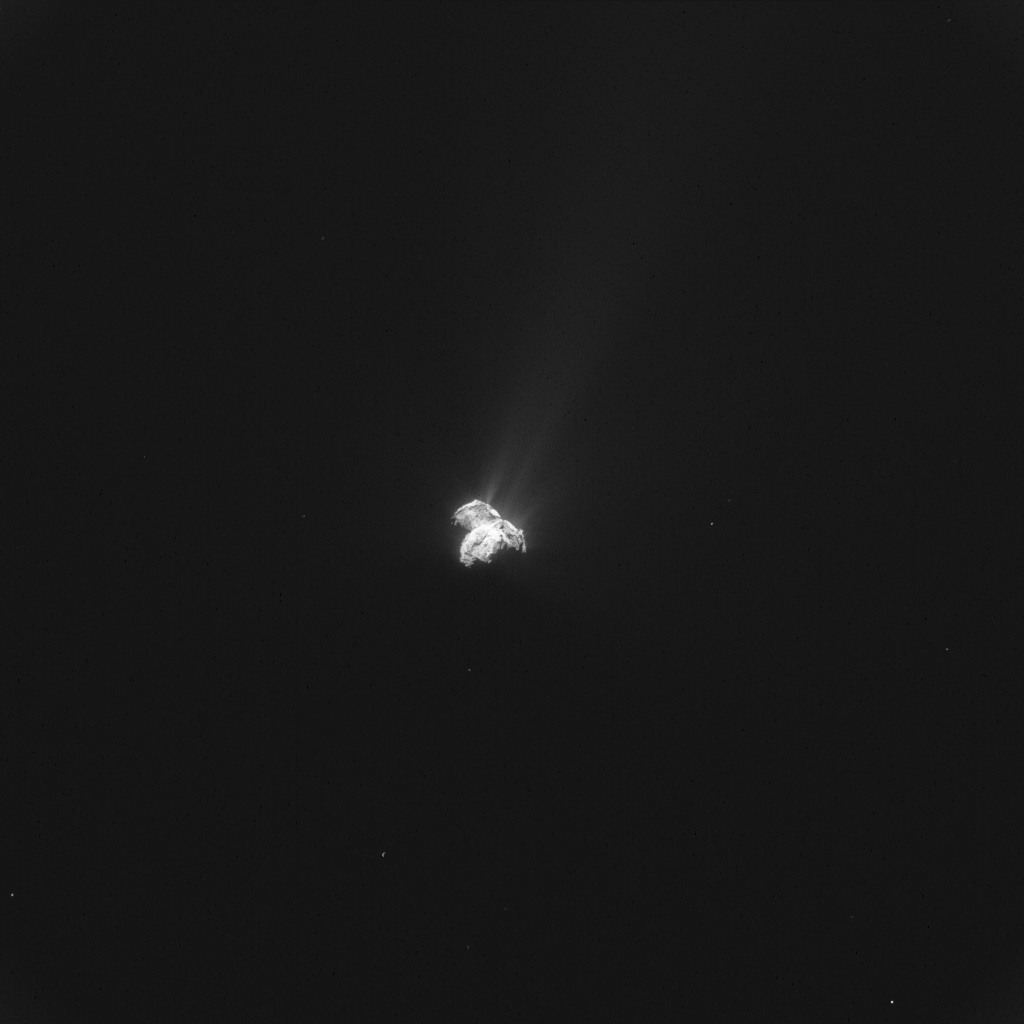 In this orientation the comet’s small lobe is in the background, with primarily the Anuket region visible, and the large lobe is in the foreground with parts of Atum, Anubis and Khonsu visible.

Rosetta is currently on its return leg of a 1500 km far excursion to study the wider coma and plasma environment from afar, and is scheduled to reach a distance of 450 km from the comet by tomorrow (Saturday).