Today’s CometWatch entry was taken by Rosetta’s NAVCAM on 21 September 2015, about 330 km from the nucleus of Comet 67P/Churyumov-Gerasimenko. 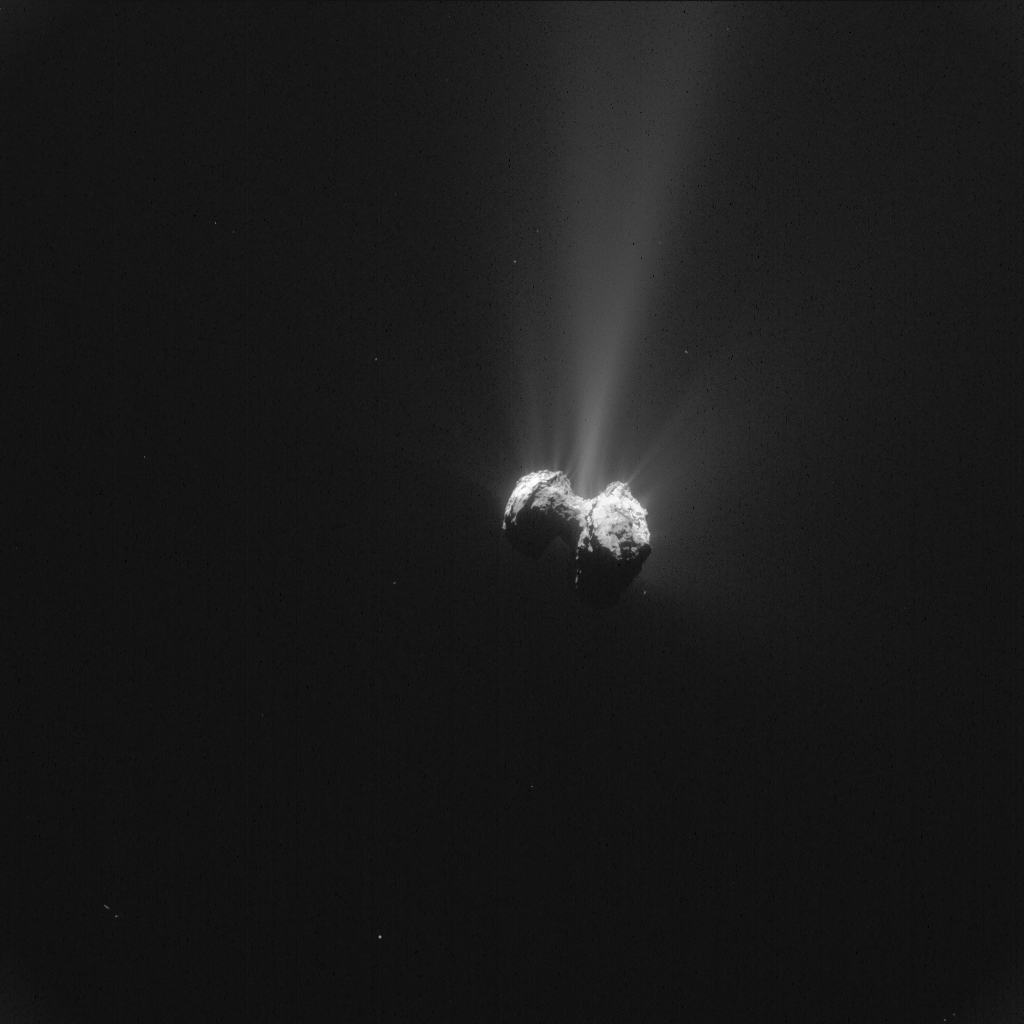 The scale is 28.1 m/pixel and the image measures 28.8 km across. The contrast was increased to enhance the comet’s activity; the original image is provided below.

The comet is oriented with the small lobe to the left and the large lobe to the right. Jets of gas and dust are seen all around the sunlit portion of the nucleus and are particularly clear around the central neck region with the ejected material seen extending towards the edge of the image frame.

This week Rosetta embarked on a new trajectory that will take it 1500 km away from the comet nucleus by 30 September in order to study the broader scale of the coma and to investigate the comet’s plasma environment. It will return to closer distances in mid-October.

The original 1024 x 1024 pixel image from today’s entry is provided below: 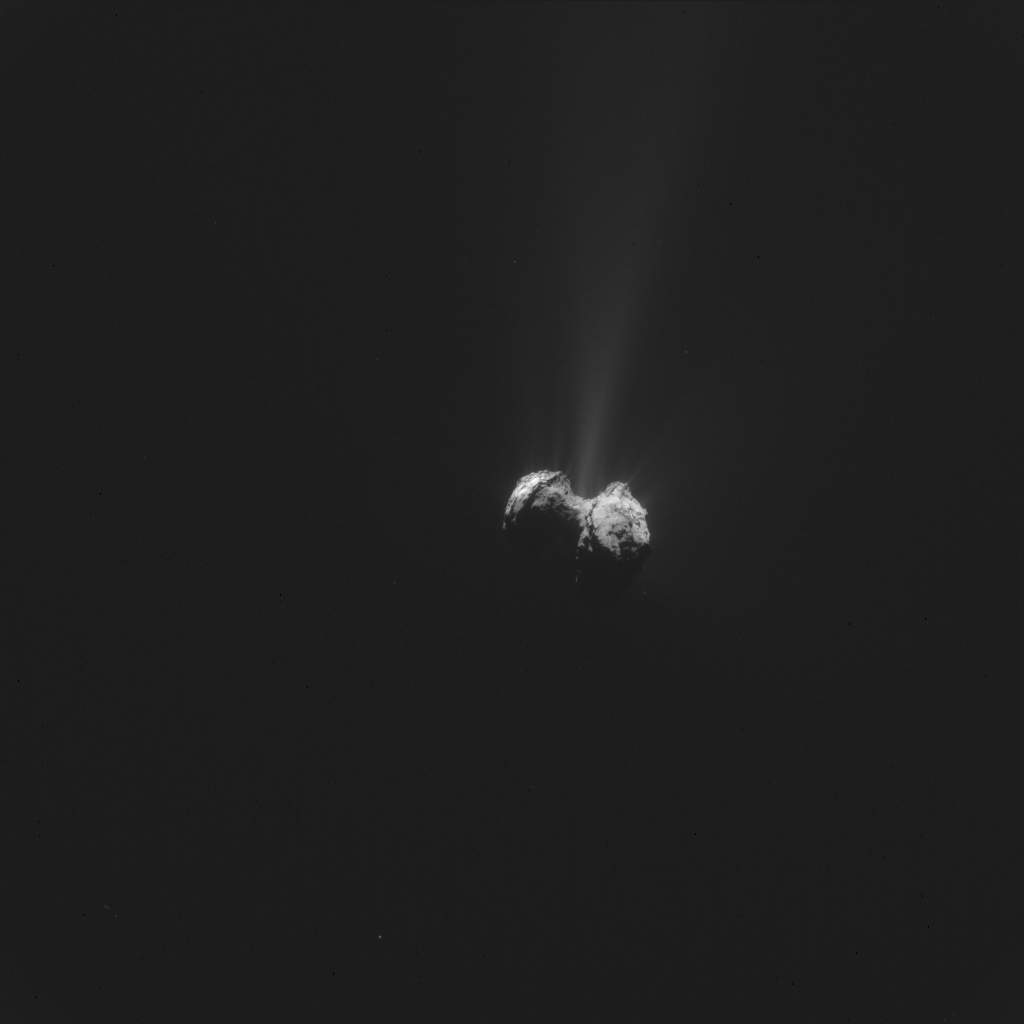