Today’s CometWatch entry was taken by Rosetta’s NAVCAM on 5 September 2015, about 445 km from the nucleus.

The scale is 37.9 m/pixel and the image measures 38.8 km across. The contrast was increased to reveal the comet’s activity.

Interestingly, many white specks appear to be sprinkled in the upper part of the image, above the intense outflow of dust emanating from the comet’s nucleus. This large amount of debris could likely be the result of a possible episode of increased cometary activity shortly before the image was taken.

In this view, the nucleus is oriented with the underside of the large comet lobe pointing towards the observer, while the small lobe is mostly hidden behind. The smooth Imhotep region can be seen as the bright patch towards the left, with the rougher Khepry to the upper right, parts of Aten to the right and some of the circular features of Ash visible to the lower right. 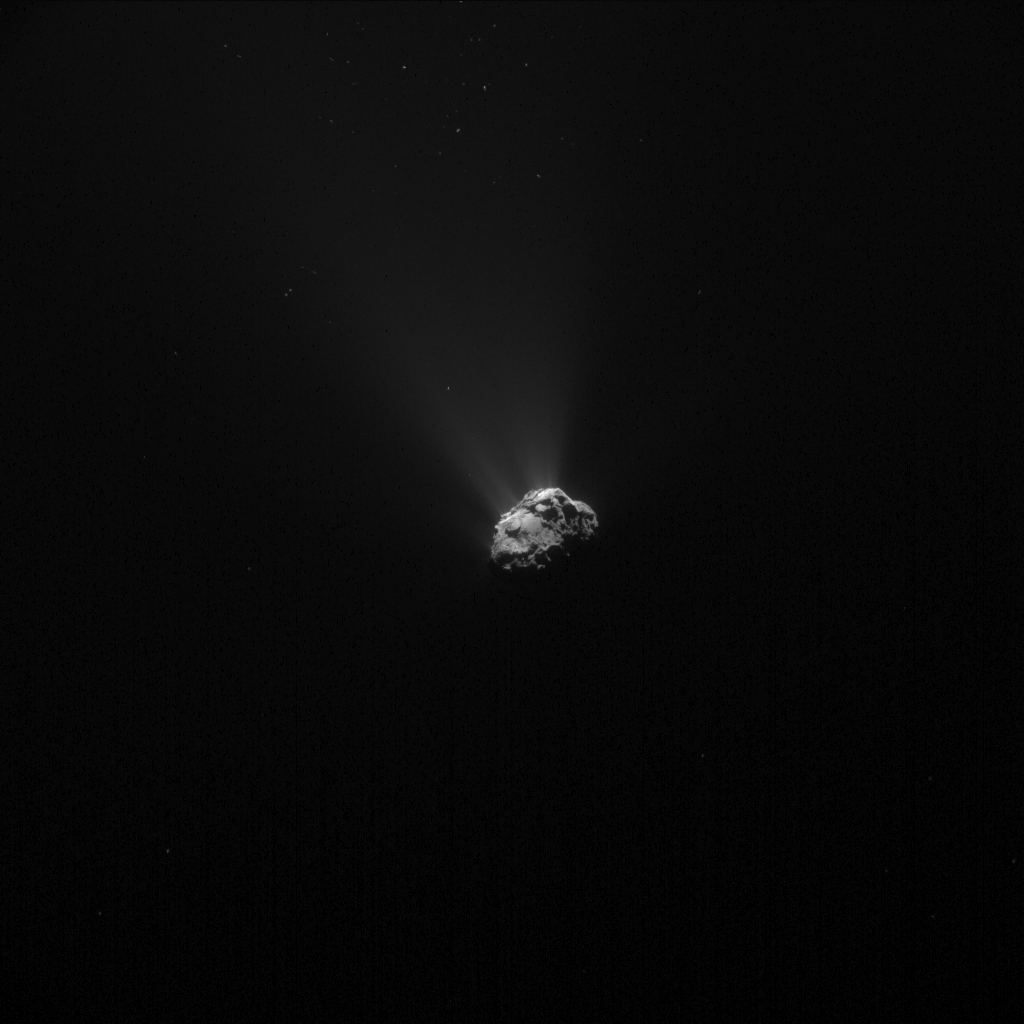