Today’s CometWatch entry was taken by Rosetta’s NAVCAM on 30 August 2015, about 404 km from the nucleus. 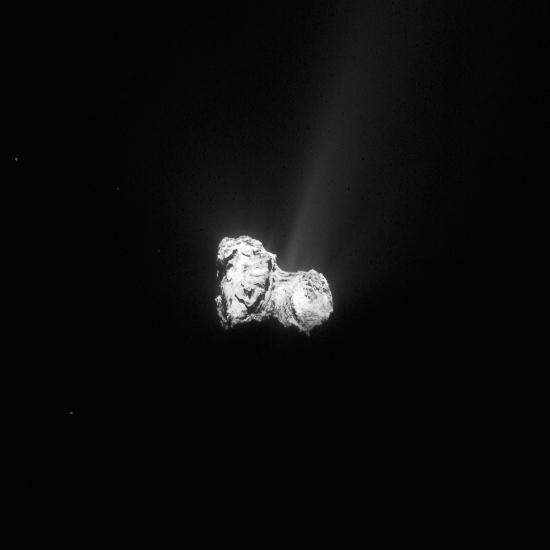 The scale is 34.4 m/pixel; the image was cropped and measures 18.9 km across. The contrast was slightly increased to reveal the comet’s activity as well as surface details on the nucleus. The uncropped, original image, which measures 35.3 km across, is provided below. You can stretch the contrast even further to see the full extent of the activity.

Like last Friday’s CometWatch entry, this image shows the southern hemisphere of 67P/C-G, which came into view in the past few months as the short southern summer started on the comet.

In this orientation, the small comet lobe is on the right and the large lobe on the left. The recently identified regions Wosret and Sobek are visible on the small lobe and on the comet’s ‘neck’, respectively.

On the large lobe, part of the newly named region Khonsu is visible, leading to Imhotep towards the left edge; on the upper left, parts of the Ash region can be seen, and on the lower left, parts of Khepry.

You can find a regional map here, to help find your way around the southern hemisphere of the comet. 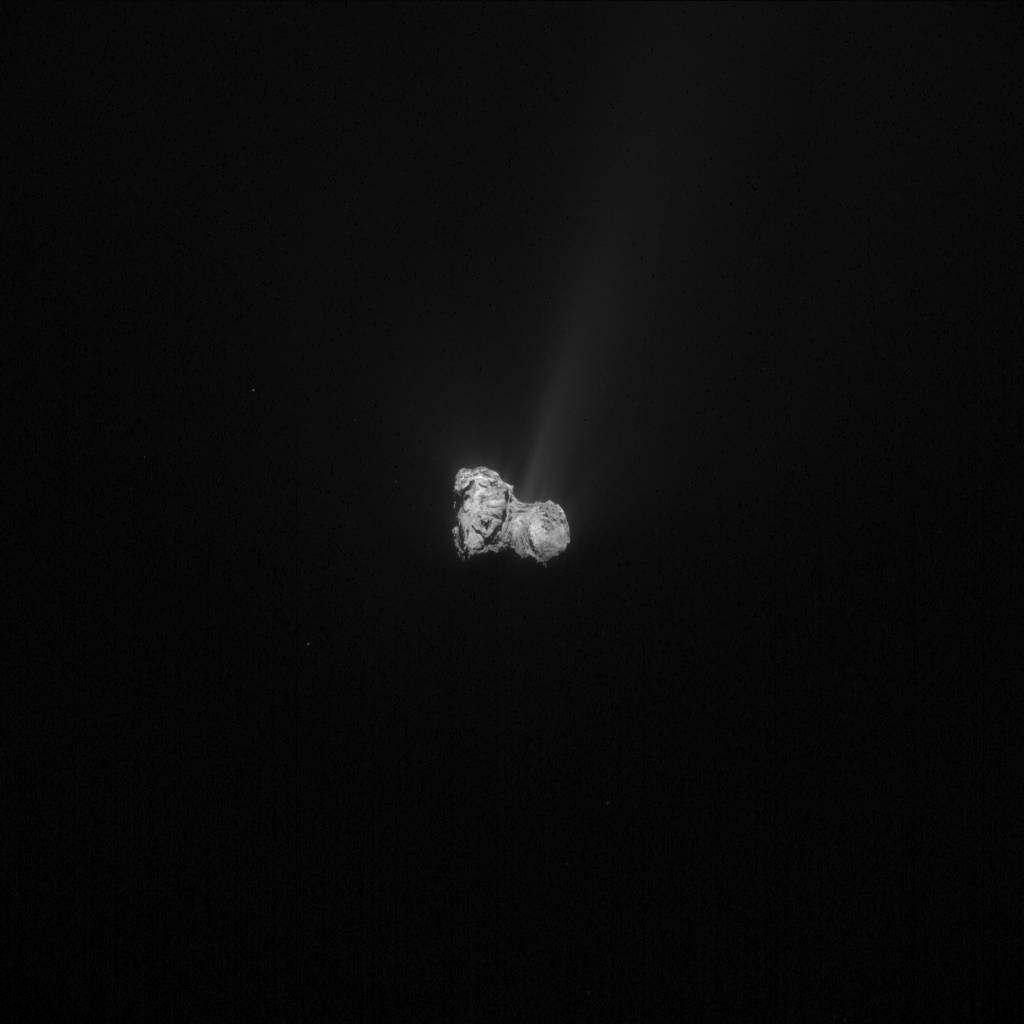