Today’s CometWatch entry, featuring a dramatic outburst from Comet 67P/Churyumov-Gerasimenko, was taken by Rosetta’s NAVCAM on 22 August 2015, about 336 km from the nucleus. 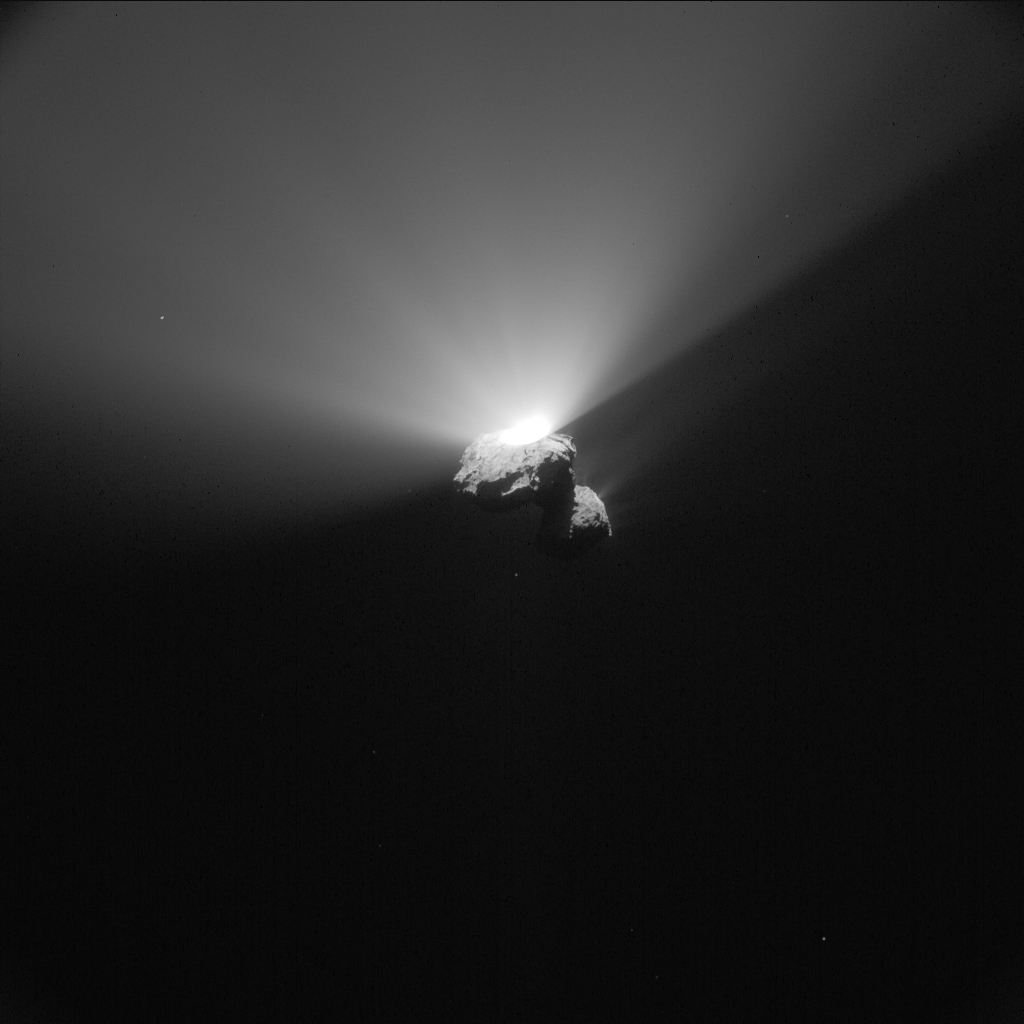 The image scale is 28.6 m/pixel and the image measures 29.3 km across. Although the activity is extraordinarily bright even in the original (below), the image above has been lightly enhanced to give a better view of the outline of the nucleus in the lower part of the image, as well as to show the full extent of the activity.

In this view, the comet is oriented with the large lobe up, revealing the Imhotep region as well as parts of Ash to the left, Aten at the centre (close to the edge and partly in shade), and Khepry to the right. The outburst seems to originate from a patch of the comet’s surface between Imhotep and Khepry.

The smaller lobe can be seen in the lower right part of the image, where indications of the ongoing activity over much of the comet can also be seen.

Comet 67P/C-G made its closest approach to the Sun, or perihelion, on 13 August 2015, just nine days before this image was taken. Based on observations made during previous passages of the comet through the inner solar system, scientists expect the activity to remain high for several weeks after perihelion, and the comet is likely to produce more of these sudden outbursts and peaks of activity.

The science instruments on Rosetta have also observed these outbursts and the teams are busy analysing the data to understand the nature of these events. These in-situ measurements are being complemented by astronomical observations from ground-based and near-Earth telescopes to try and understand the global impact of these events on the much larger coma of 67P/C-G. 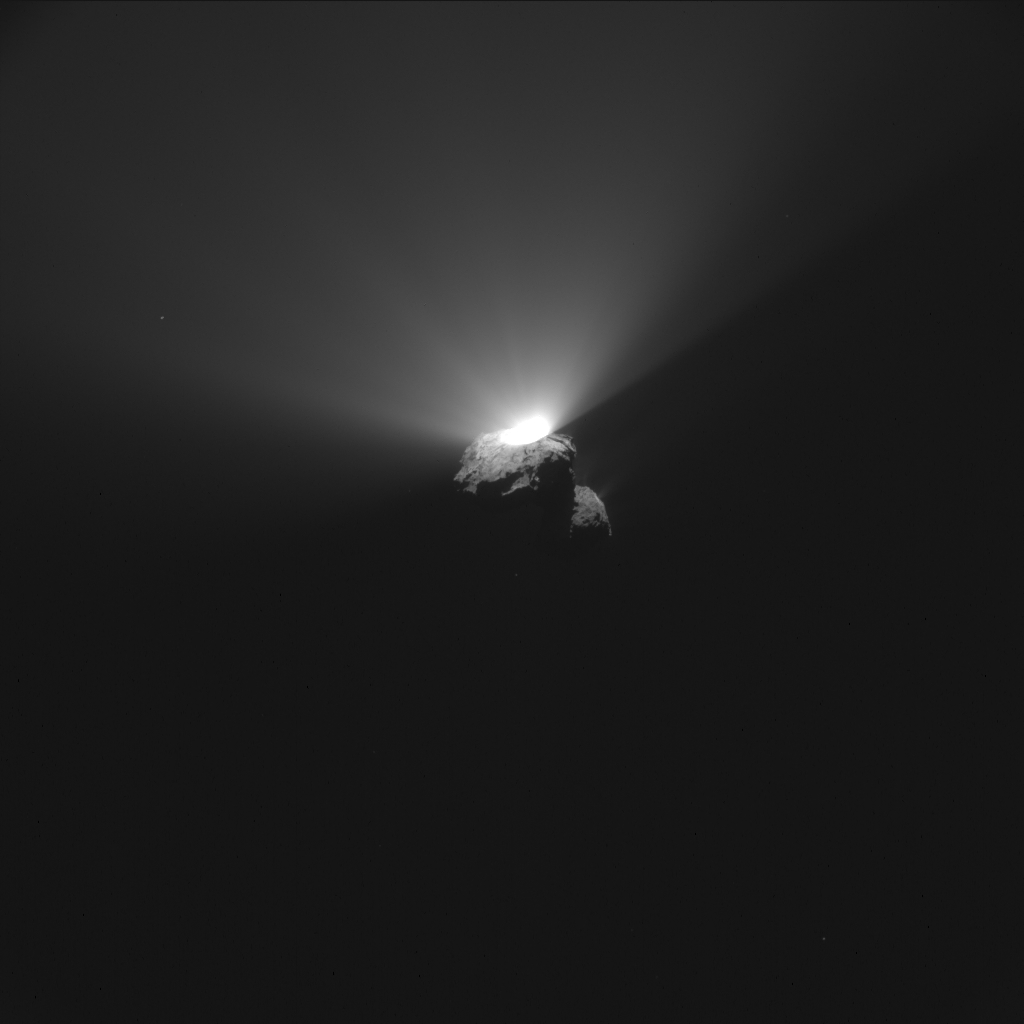