Today’s spectacular CometWatch entry was taken by Rosetta’s NAVCAM on 30 July 2015 from a distance of 178 km from Comet 67P/Churyumov-Gerasimenko. 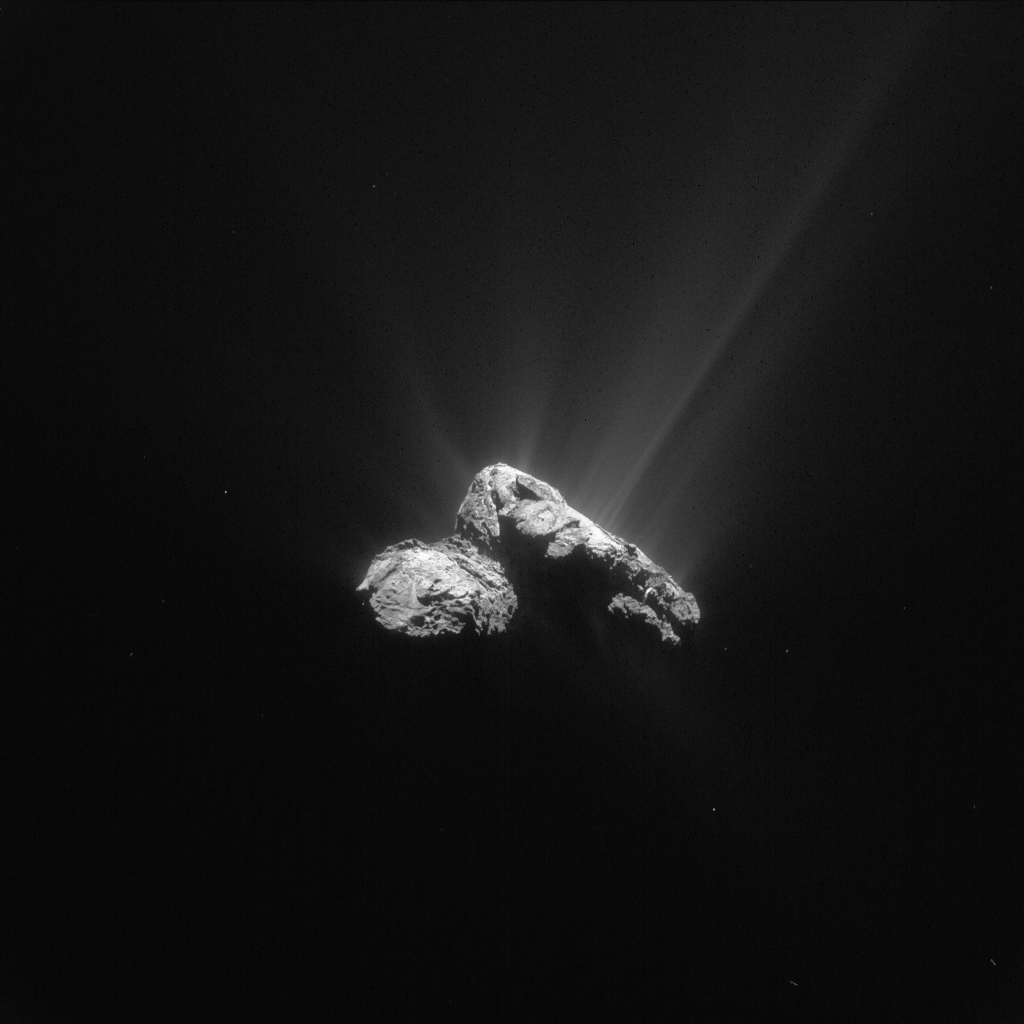 The image scale is 15.2 m/pixel and the image measures 15.6 km across. Although the activity is visible even in the original image (below), the contrast has been increased in the enhanced image above to better show off these details.

It is clear from the prominent jets of dust and gas streaming from the nucleus and out to the edge of the camera’s field of view that activity is becoming more intense – the comet is now just over a week from perihelion on 13 August, its closest approach to the Sun along its orbit.

But, while the increasing activity provides dramatic views, it can also lead to difficulties in navigation. Indeed, Rosetta’s star trackers have struggled to identify stars among the large amount of debris being ejected from the nucleus during the last week and is therefore currently moving to safer distances – it will be at about 300 km by Saturday.

For more information about perihelion, see our background article and FAQ.

The original 1024 x 1024 pixel image for today’s CometWatch entry is provided below: 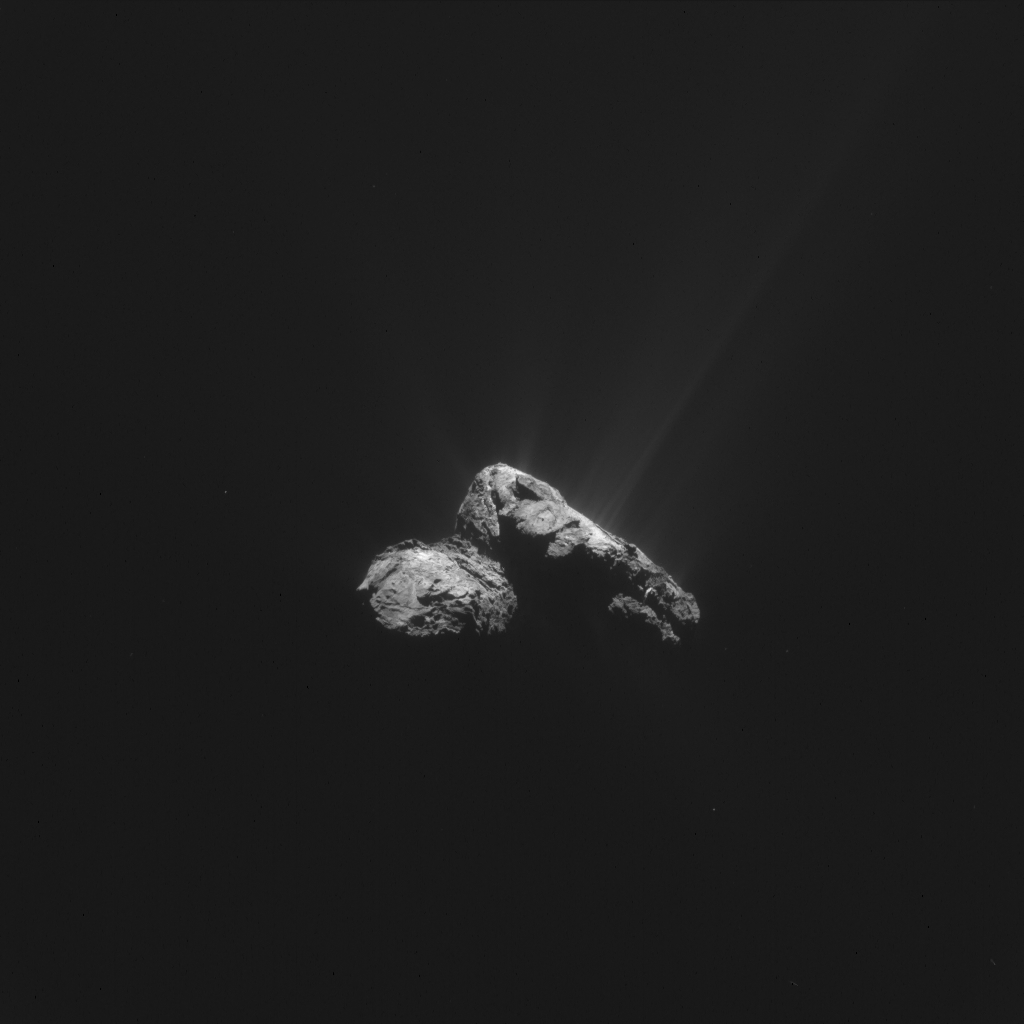