Today’s CometWatch entry was captured by Rosetta’s NAVCAM on 20 July 2015 from a distance of 171 km from the centre of Comet 67P/Churyumov-Gerasimenko. The image scale is 14.5 m/pixel and the image measures 14.9 km across. 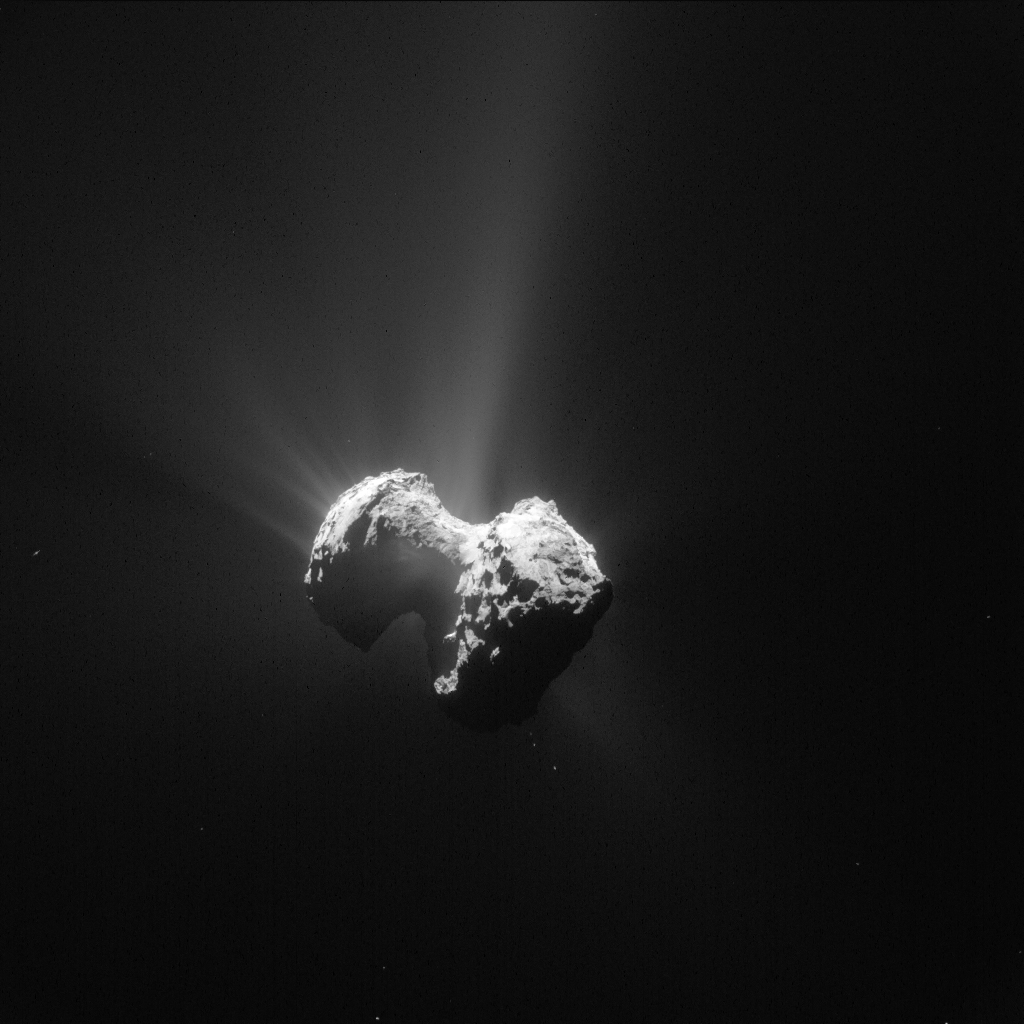 Although the activity is visible to some extent in the original image (provided at the end of the post), we have increased the contrast in the above image to better show off the details.

In this orientation the comet’s small lobe is to the left and the large lobe is to the right, with several distinct streams of activity visible around the sunlit portion of the small lobe. The activity streaming from around the neck region appears to extend to at least the edge of the field of view, several kilometres away.

Scientists are studying how these fine details close to the nucleus relate to the vast coma observed from afar, such as from ground-based telescopes on Earth.

It is interesting to compare details of the activity in this entry to that on 7 July, where the comet is seen in a similar orientation.

Similar details in the comet’s nucleus can also be picked out. For example, the transition between the Seth and Anubis regions on the large lobe is quite clear in this orientation, with a distinct ridge separating the quasi-circular depressions in Seth (left) from the smoother surface of Anubis (right).

The silhouette of the comet to the bottom of the scene is also framed against the background glow of activity.