Today’s CometWatch entry was captured by Rosetta’s NAVCAM on 14 July 2015 from a distance of 161 km from the centre of Comet 67P/Churyumov-Gerasimenko. The image scale is 13.7 m/pixel and the image measures 14 km across. 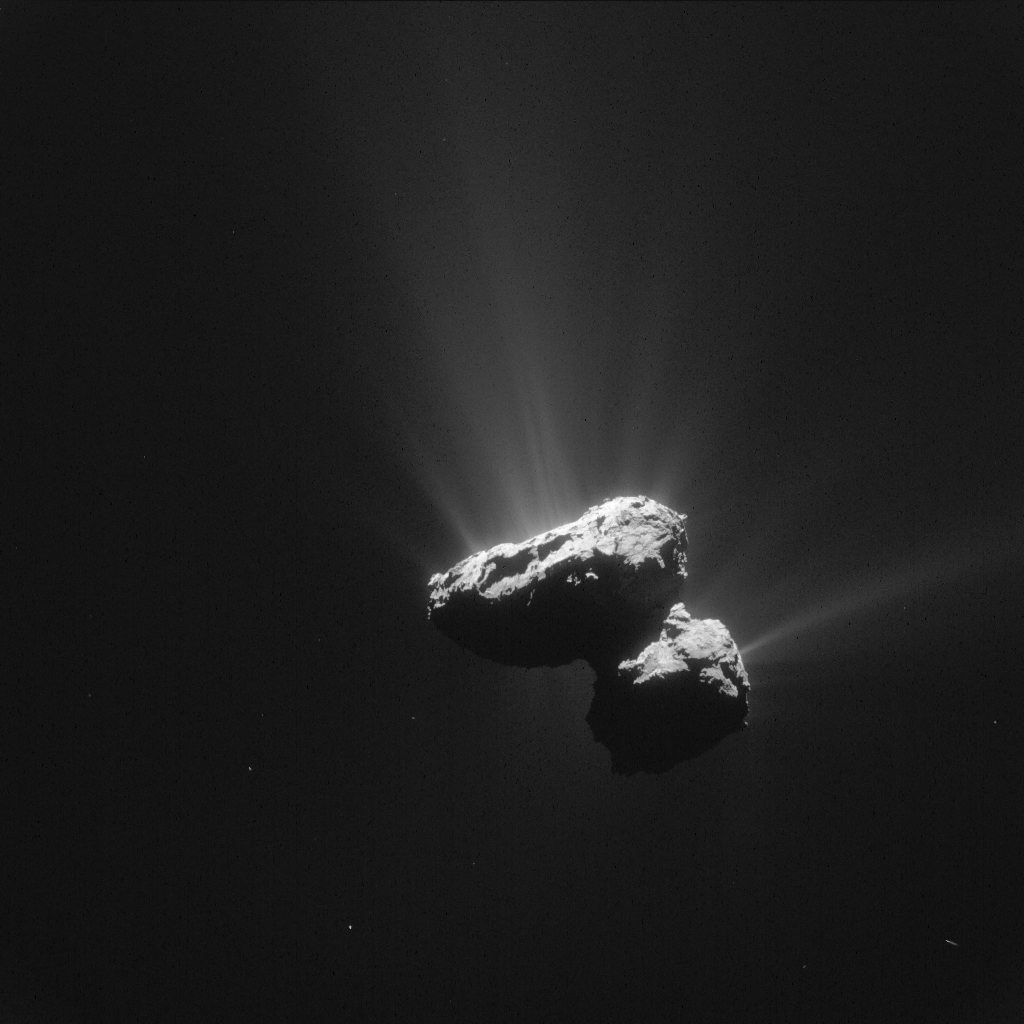 It has been processed in LightRoom to bring out the details of the activity, which is visible all around the sunlit side of the comet.

The large lobe is particularly aglow with activity in this view, with numerous individual streams of gas and dust sweeping away from the nucleus. In some cases they appear to merge together some distance away. Although line-of-sight viewing conditions may contribute to this observation, higher-resolution images acquired with OSIRIS earlier in the mission also revealed this kind of detail.

The elongated depression known as Aten is also visible on the comet’s large lobe in this view, its interior walls partially cast in shadow. The large lobe is itself casting a shadow across the comet’s neck and onto part of the small lobe ‘below’.

The silhouette of the comet towards the bottom left of the image is also clearly visible against the background glow of activity. 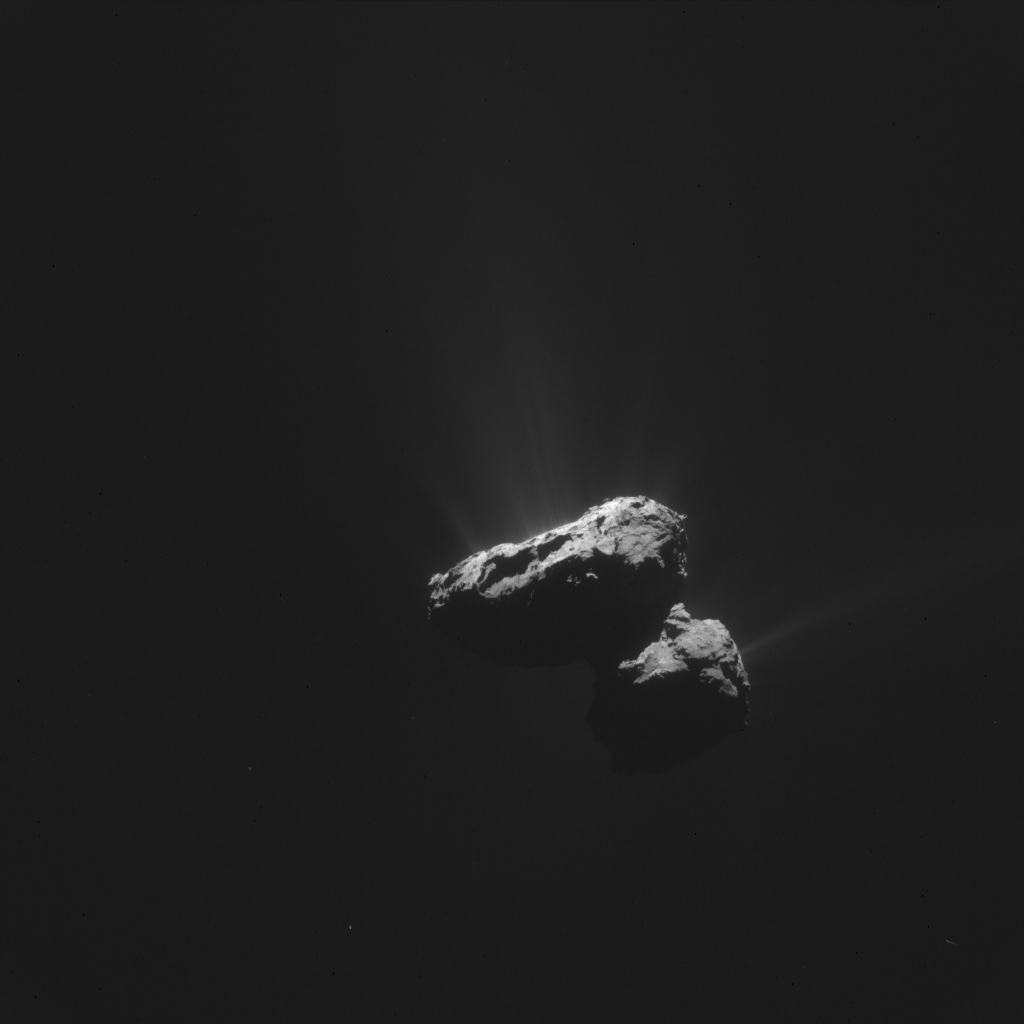