Today’s CometWatch entry was taken on 7 July, from a distance of 154 km from Comet 67P/Churyumov-Gerasimenko. The image resolution is 13.1 m/pixel and the image measures 13.4 km across. 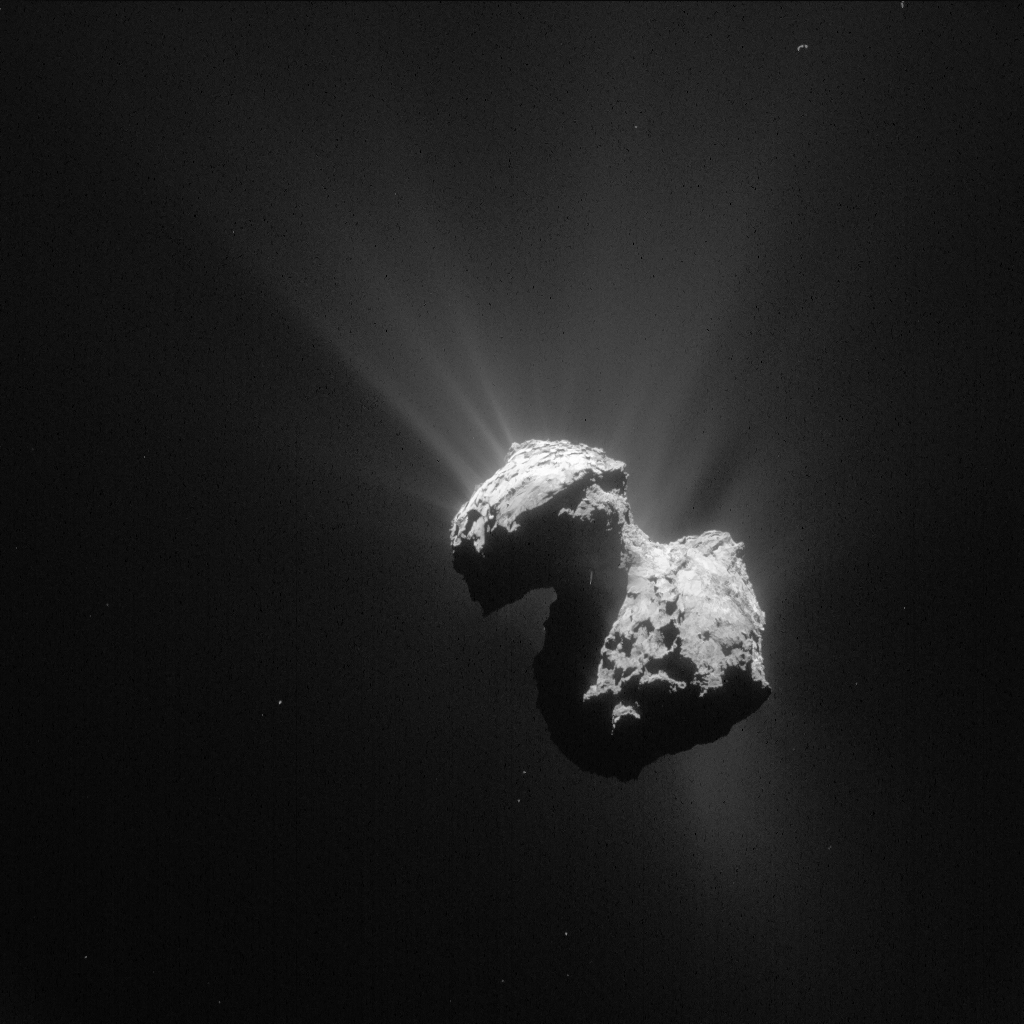 The image has been processed to bring out the details of the comet’s activity.

The transition between the Seth and Anubis regions on the large lobe is quite prominent, with a distinct ridge separating the numerous quasi-circular depressions in Seth (left) from the smoother surface of Anubis (right).