Today’s CometWatch entry presents an image taken on 25 June from a distance of 168 km from the comet centre. The image scale is 14.3 m/pixel and the image measures 14.6 km across. The image has been processed to highlight the details of the comet’s activity. 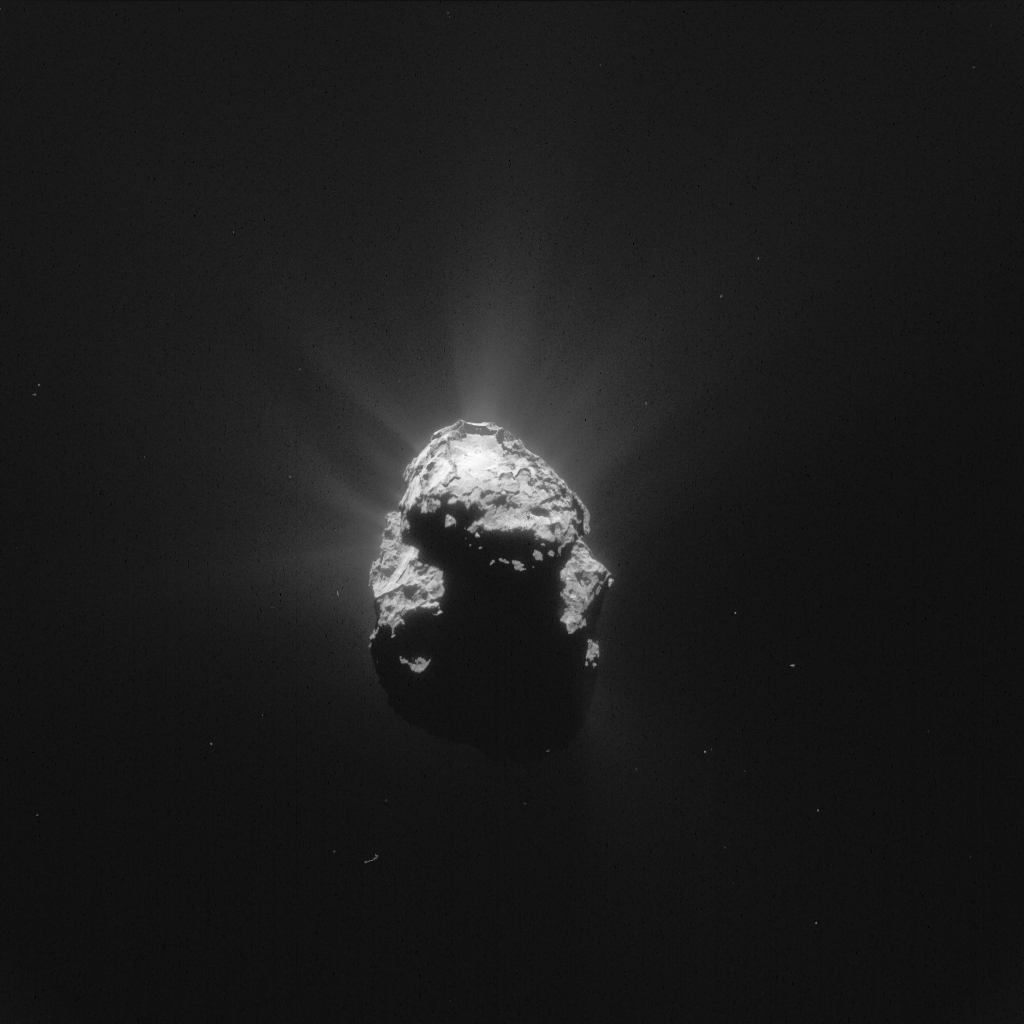 In this orientation the unmistakable outline of the Hatmehit depression on the comet’s small lobe can be seen towards the ‘top’ of the scene. In the foreground, the ‘Nut’ depression is visible while Serqet is cast in dappled shadow.

Much of the large lobe is obscured by shadow, but a glimpse of Seth can just be seen on the bottom left with Babi in the distance.

On the right hand side a sharp transition between Seth and Anubis is seen, with a small patch of Atum just catching the sunlight at bottom right. The section in the background comprises areas previously in shadow and as such the boundaries are less well defined. 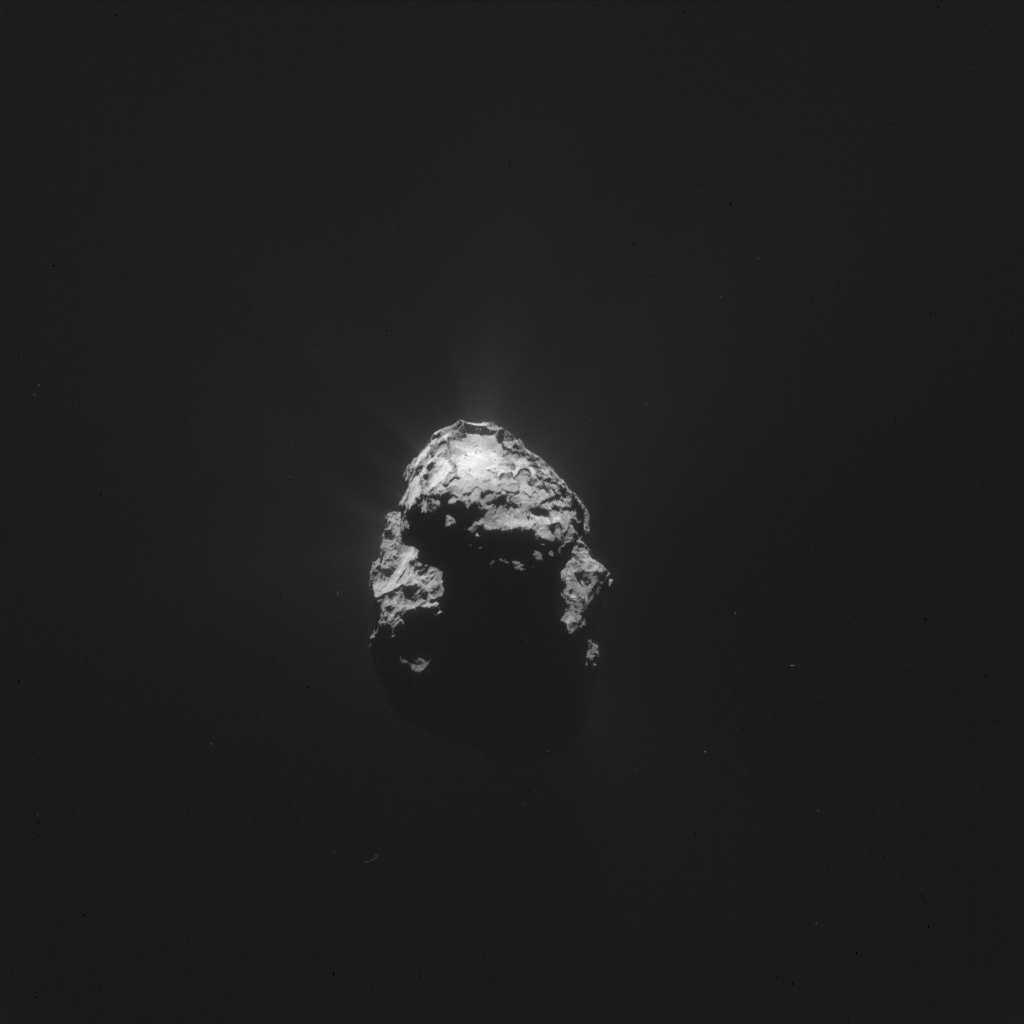