Today’s CometWatch entry is a single frame NAVCAM image taken on 21 June, when Rosetta was 177 km from the centre of Comet 67P/Churyumov-Gerasimenko. The resolution is 15.1 m/pixel and the image measures 15.4 km across. 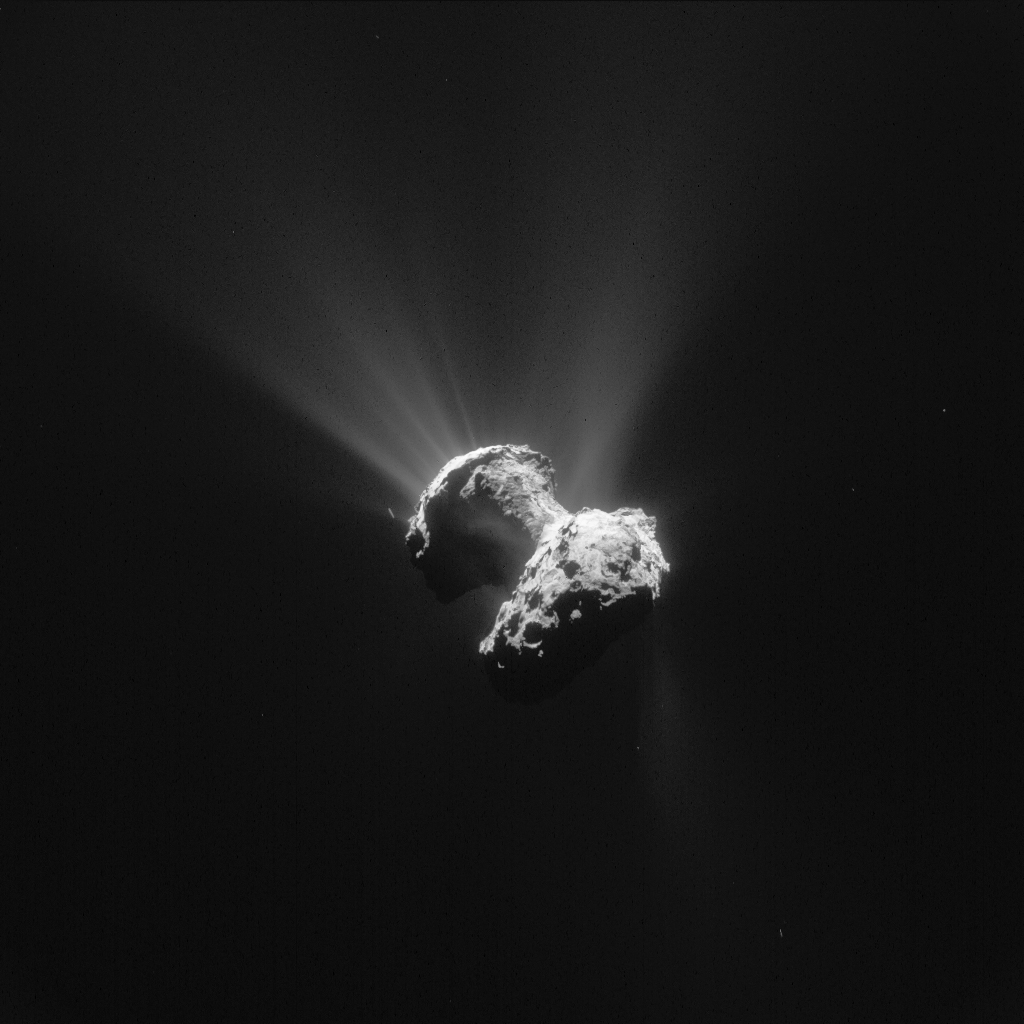 This orientation shows the small comet lobe to the top left, and the large lobe to the bottom right. The image was processed in LightRoom to enhance the comet’s activity, which is evident all around the nucleus but appears especially dramatic in the top part of the image.

On the small lobe, the small Serqet region is lit, with its sharp edge separating it from the rough terrains of Anuket, on the comet’s neck. At the bottom of Anuket, parts of the smooth Hapi region are visible, while the cliffs of Hathor – also on the neck – are cast in shadow. A diffuse luminosity, likely due to the comet’s activity, can be seen also near Hathor.

The large lobe reveals parts of the Seth region, with its characteristic circular features, bordered towards the lower edge by Ash and to the right by the smooth terrains of Anubis. Beyond Anubis, to the far right, is the complex region Atum, and hints of the comet’s activity seem to extend below its edge.

Meanwhile, 541 new images have been added to the NAVCAM Archive Image Browser covering the period from 22 November to 19 December 2014, when Rosetta was approximately 20-30 km from the comet centre. Here is a preview of some of the newly released images: 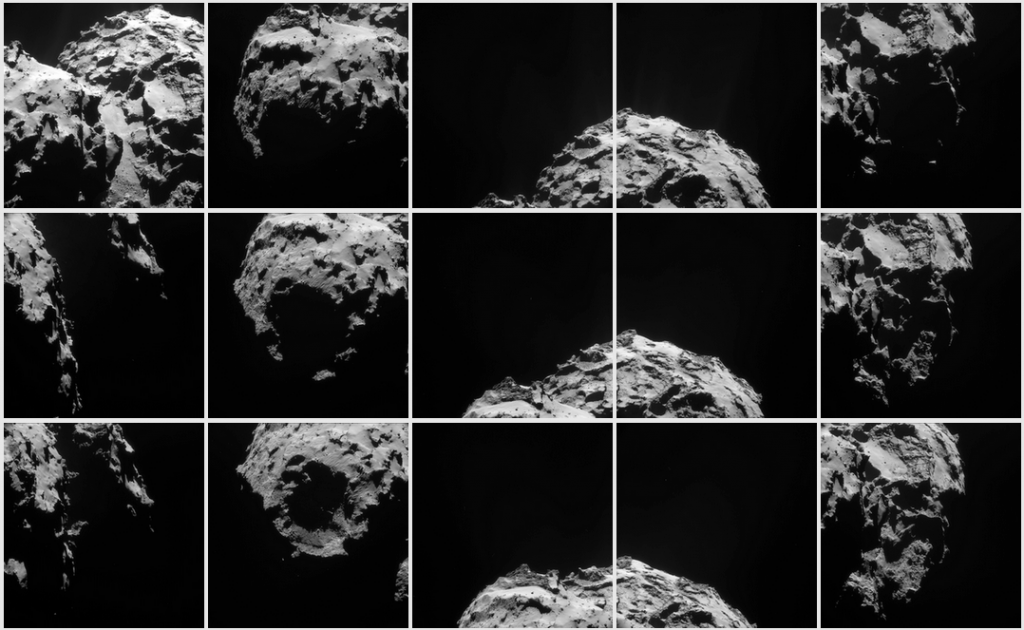 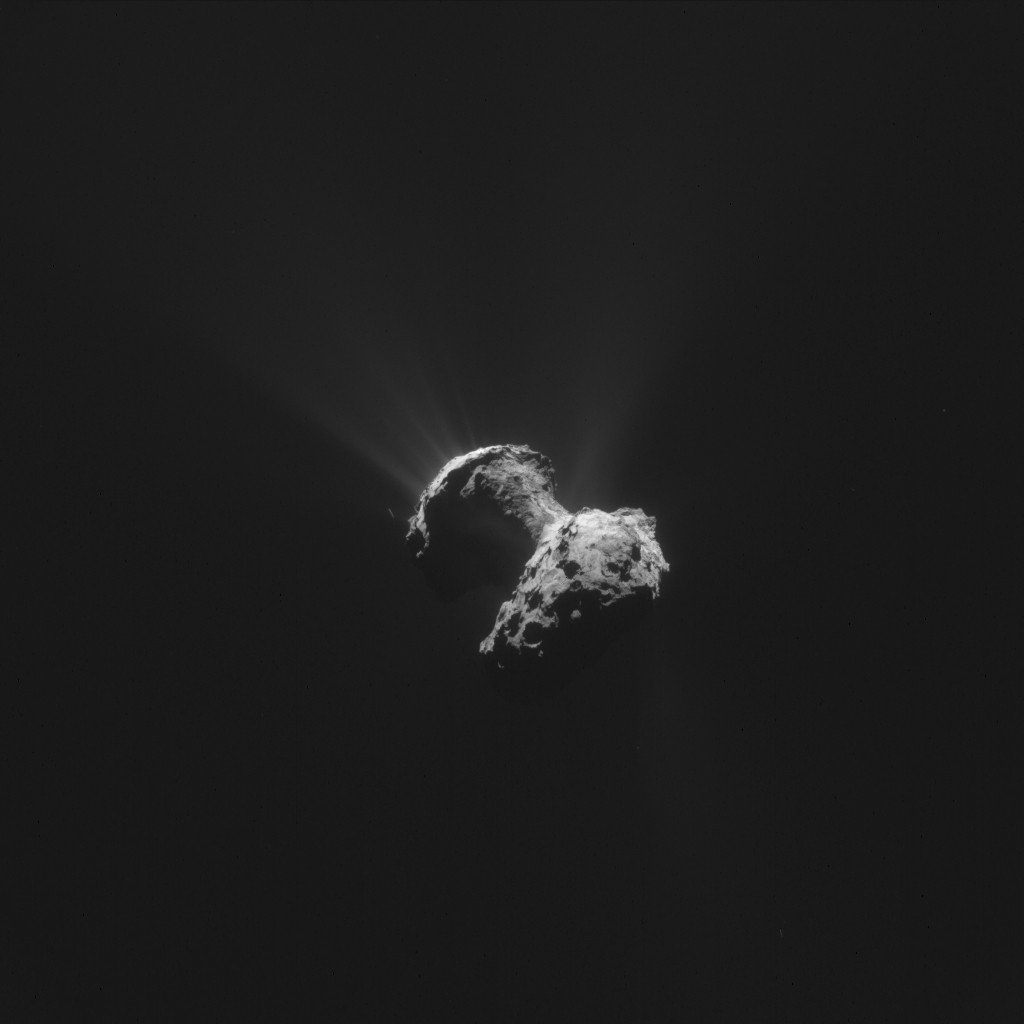