Today’s CometWatch entry is a single frame NAVCAM image taken on 14 June, when Rosetta was 203 km from the centre of Comet 67P/Churyumov-Gerasimenko. The resolution is 17.3 m/pixel and the image measures 17.7 km across.

The image was processed in LightRoom to enhance the activity of 67P/C-G, resulting in a powerful juxtaposition of contrasts. Pointing upwards, the small comet lobe shows the narrow and bouldered regions of Serqet and Nut, along with some parts of Ma’at and Maftet. A hint of the large Hatmehit depression can also be seen towards the top left, its outer rim nicely framed by outflowing material in the background.

Anuket and Hapi, on the comet’s neck, are cast in the shadow of the small lobe. Parts of the large lobe are also hidden in the shadows, while the illuminated portion reveals some of the circular features of the Seth region and, to their right, the smoother terrains of Anubis, punctuated with a few boulders.

In the lower part of the image, the dark portions of the large lobe stand out against the brighter background of the coma. Interestingly, this can be seen also in the original (unprocessed) 1024 x 1024 image, which is provided below: 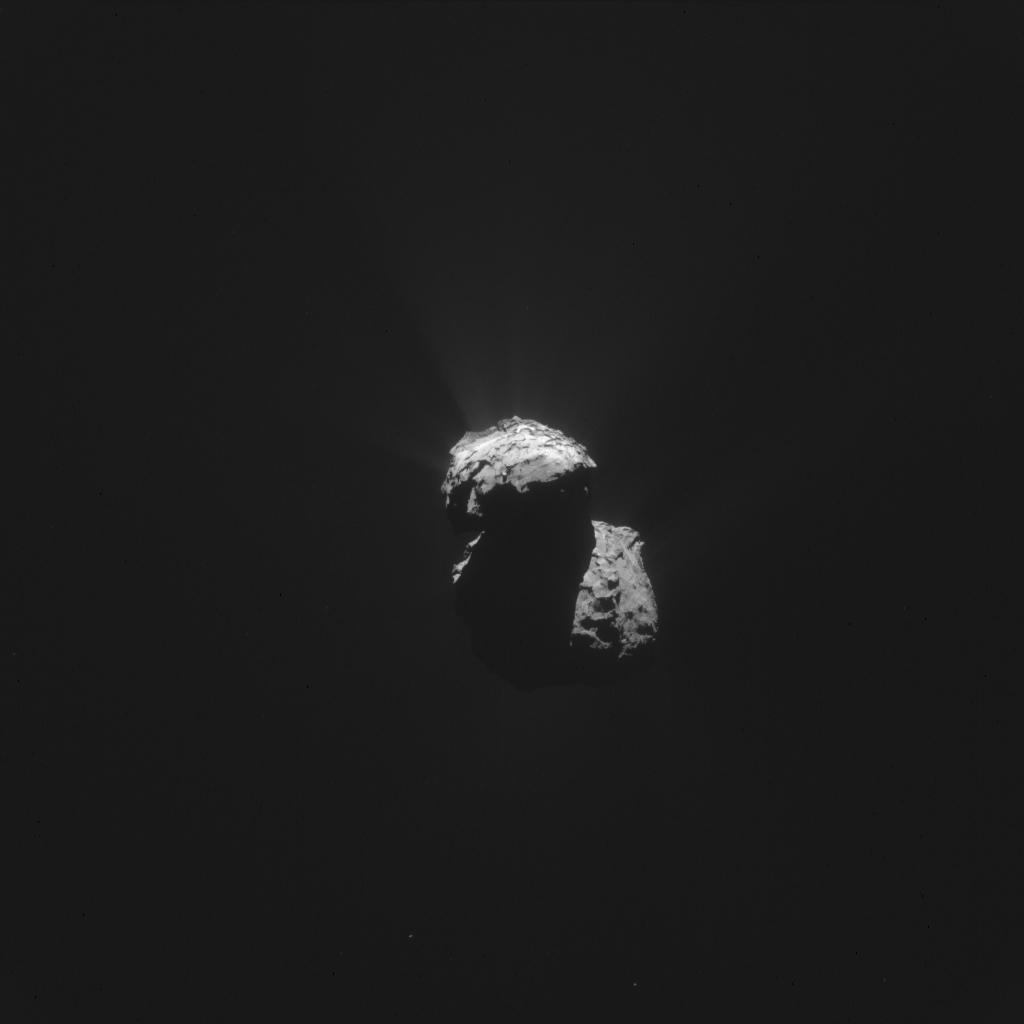