Today’s CometWatch entry was taken on 5 June 2015, from a distance of 208 km from the centre of Comet 67P/Churyumov-Gerasimenko. The image scale is 17.7 m/pixel and the image measures 18.1 km across. 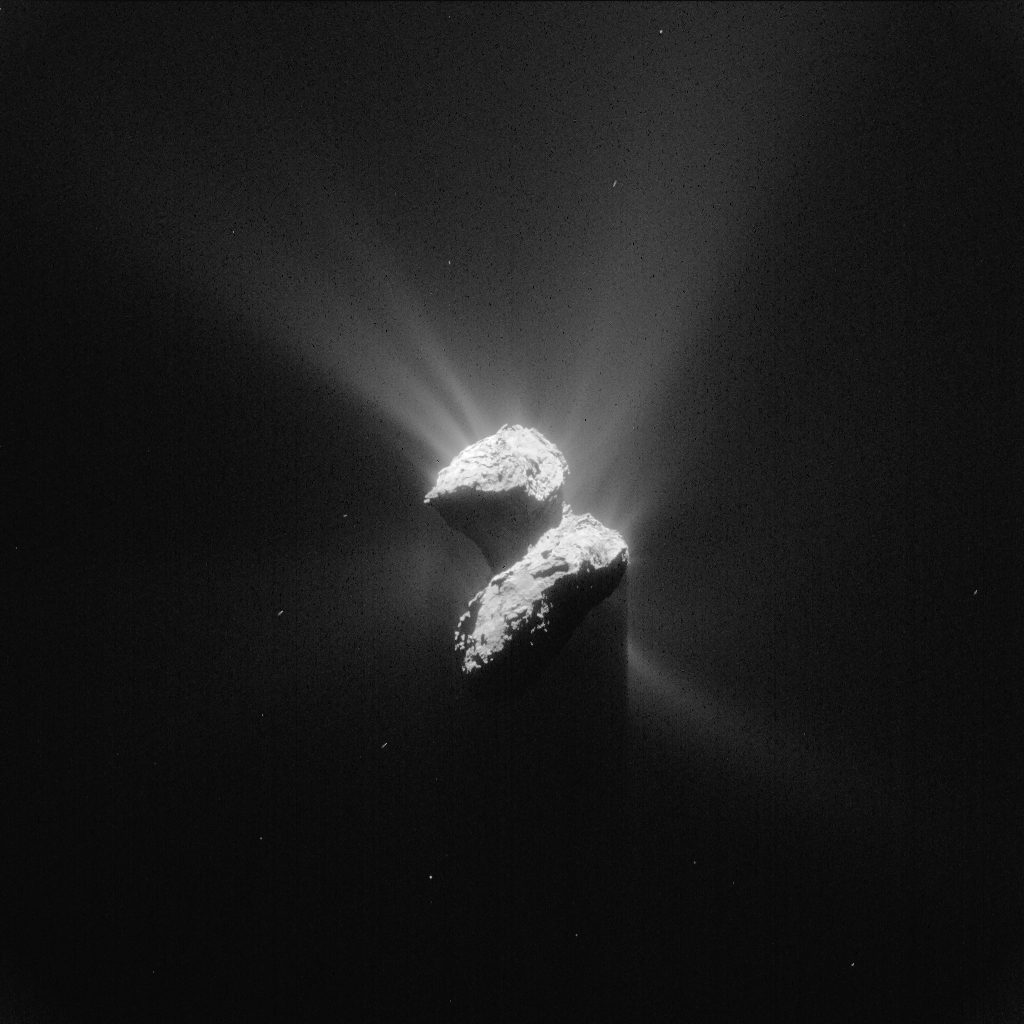 The image has been processed to bring out the details of the comet’s activity, which in this orientation shows off the spectacular display around the smaller of the two lobes.

The processed image also highlights the shadows cast by the two lobes across the background activity, in particular the sharp shadow and silhouetted large lobe towards the bottom of the scene. 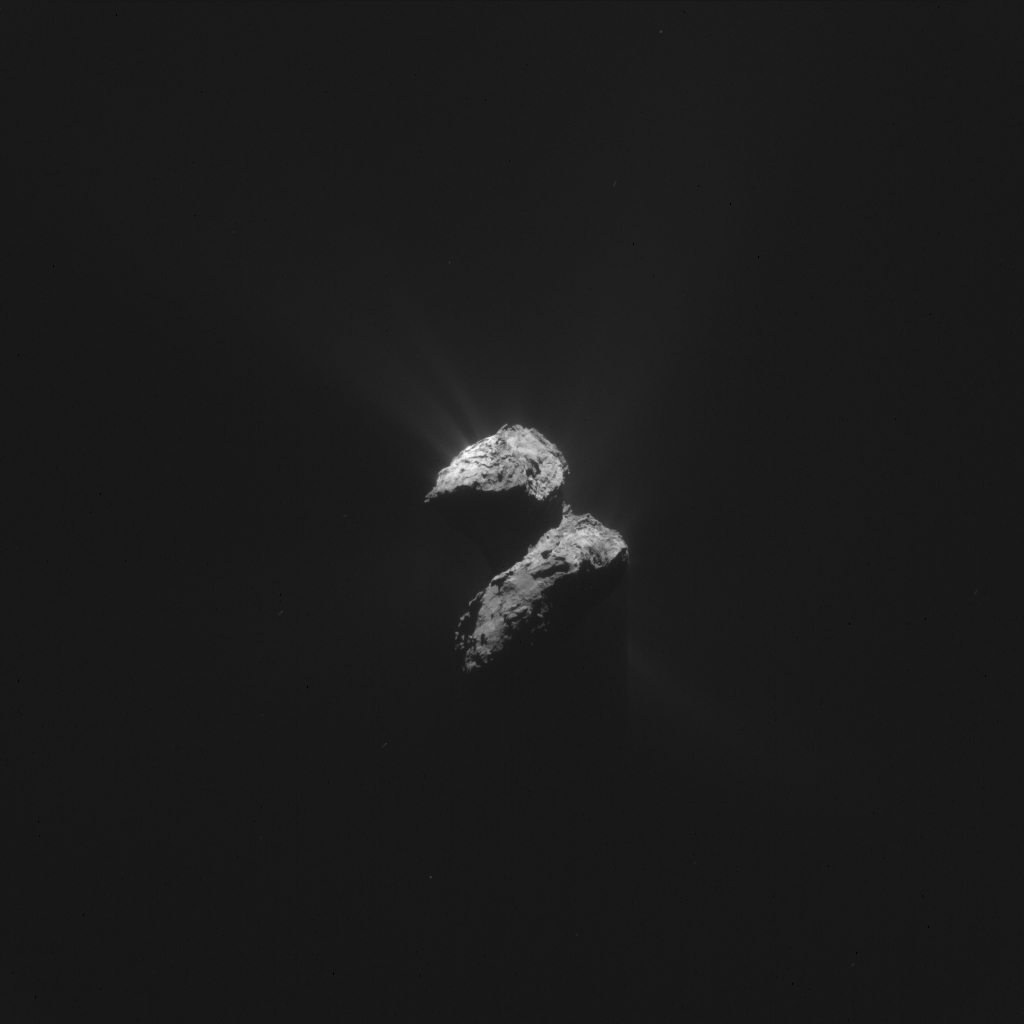