Today’s CometWatch entry was taken on 1 June 2015, from a distance of 209 km from the centre of Comet 67P/Churyumov-Gerasimenko. The image scale is 17.8 m/pixel and the image measures 18.2 km across. 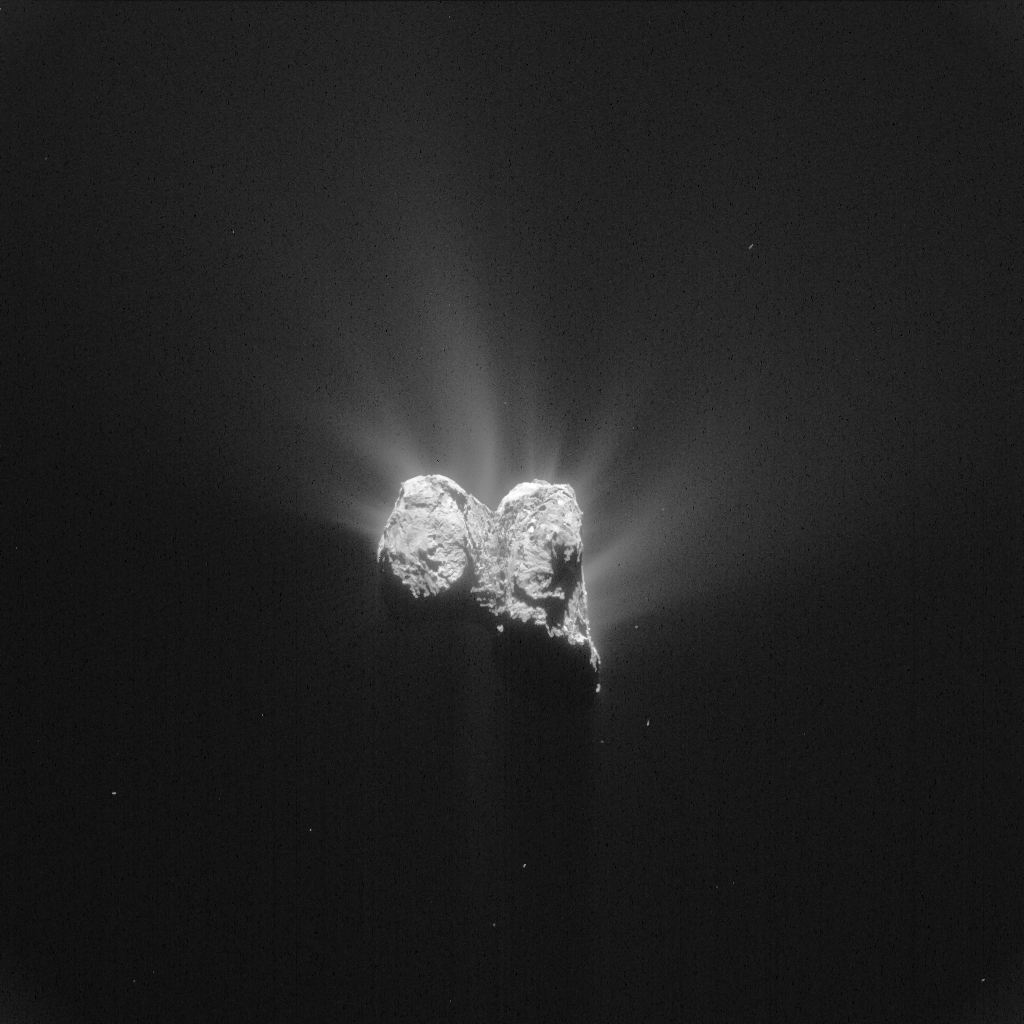 Comet 67P/C-G on 1 June. The image has been processed to highlight the comet’s activity. Credits: ESA/Rosetta/NAVCAM – CC BY-SA IGO 3.0

The image has been processed to bring out the details of the comet’s activity, which can be seen all around the sunlit side of the comet.

In this orientation the comet’s small lobe is to the left and the large lobe to the right, with much of the southern hemisphere facing towards the spacecraft.

The outline of the rim of the large depression Hatmehit can be seen at the very far left, while at the far right a hint of Imhotep can just be made out. The flat surface at the top of the large lobe in this orientation is in the Aker/Khepry region.

The rugged terrain that faces us has only become visible in more recent months, having previously been cast in shadow. But even at a distance of over 200 km it is clear that this is a complex region with a variety of surface textures. 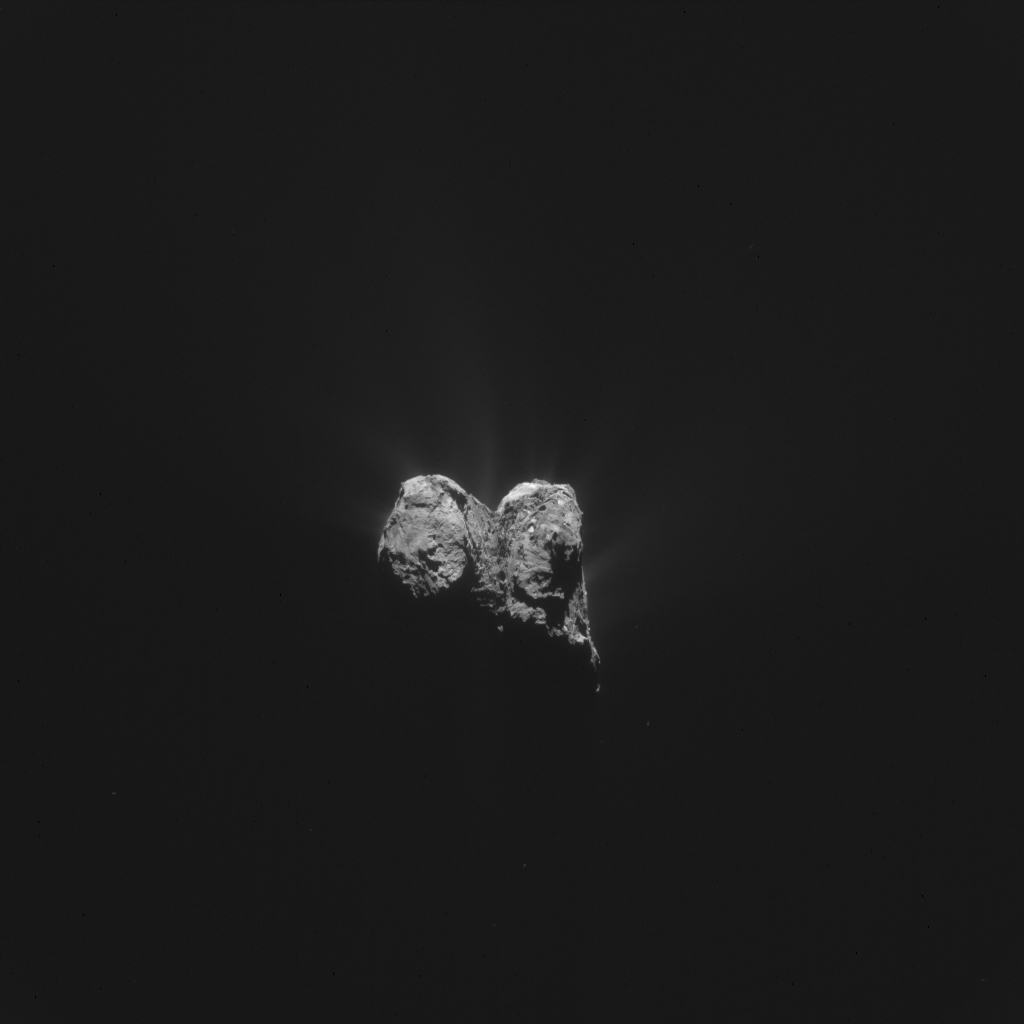