Today’s CometWatch entry was taken on 23 May, when Rosetta was 138.1 km from the centre of Comet 67P/Churyumov-Gerasimenko. The single frame NAVCAM image has resolution of 11.8 m/pixel and measures 12.1 km across. 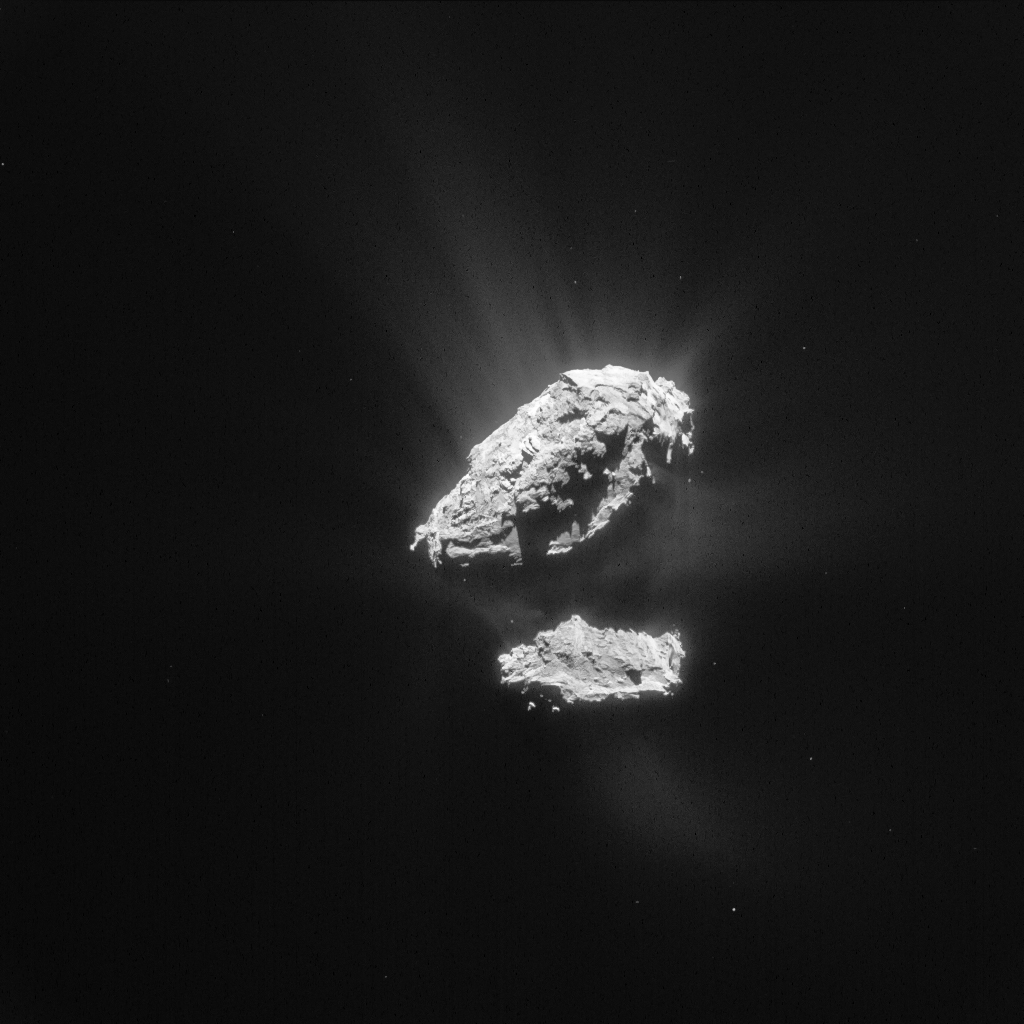 The image was processed in LightRoom to convey the ever increasing activity of the comet, with swirling outflows of material emanating from various parts of the nucleus.

In this orientation, with the large comet lobe up and the small one down, the neck region remains hidden in shadows. The small lobe is dominated by the rough Anuket region and the sharp edge that separates it from Serqet, which lies mostly out of view to the bottom.

A diffuse glow appears to emanate from a portion of the small lobe that is hidden from sight in this image, suggestive of the activity seen close to Hatmehit, the circular depression on the small lobe, in CometWatch 20 May.

On the large lobe, we see parts of the complex terrain in and surrounding the Atum region. Some of its features are casting shadows on the smoother Anubis region towards the centre of this view..

As shown in previously published images of this portion of 67P/C-G, a curious set of aligned linear features can be seen. Revisit the CometWatch entries taken on 21 March 2015 (and close-up from 24 October 2014) as well as on 16 January 2015, 20 November and 19 September 2014, to view this landmark and its surroundings in more detail and from different orientations. 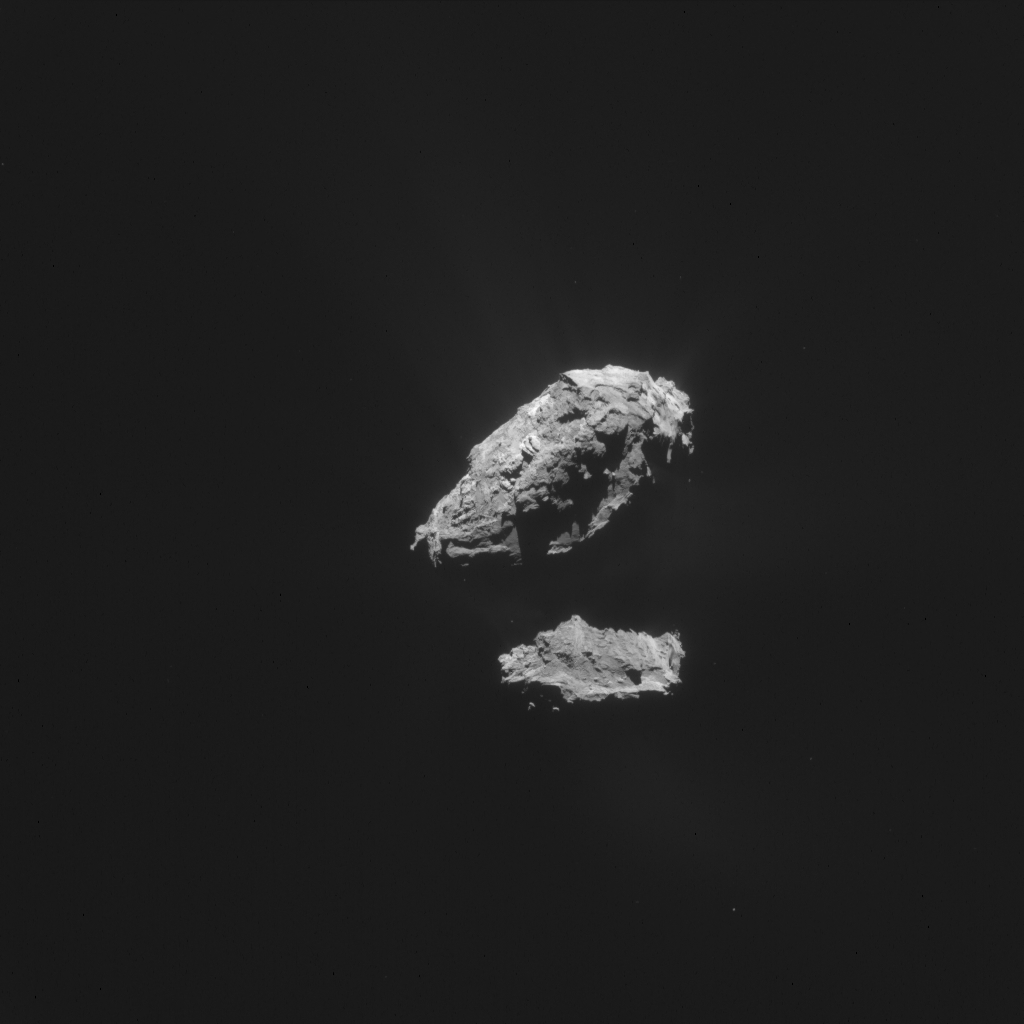