With today’s CometWatch we take another trip back in time, to 27 October 2014 when Rosetta was in a bound orbit around Comet 67P/Churyumov-Gerasimenko. At the time this single frame NAVCAM image was taken, the spacecraft was only 9.8 km from the comet centre. Due to the viewing geometry, most of the scene is in fact closer to the camera in this view. The image scale is about 75 cm/pixel, and the image spans 770 m across. 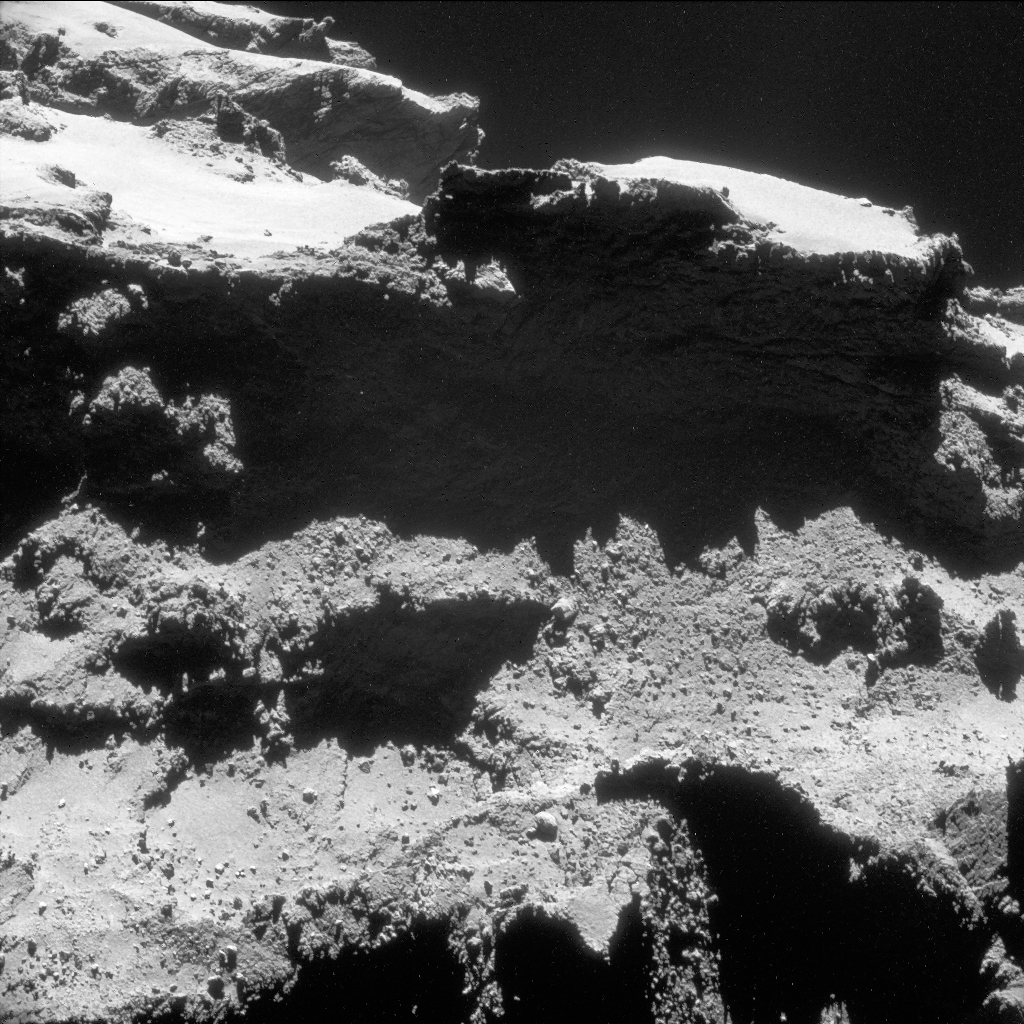 Single frame NAVCAM image of Comet 67P/C-G taken on 27 October 2014 from a distance of 9.8 km from the comet centre. The image has been lightly processed to reveal details on the comet’s surface. Credits: ESA/Rosetta/NAVCAM – CC BY-SA IGO 3.0

This view highlights the dramatic boundary between two neighbouring but morphologically different regions, Babi and Aten, which are on the comet’s large lobe. In the upper part of the image, the two seemingly smooth and bright areas covered in brittle material belong to the Babi region, which overshadows part of the narrow and elongated depression of Aten. 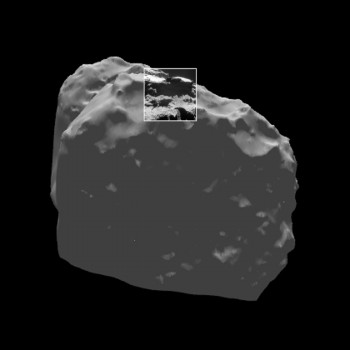 The rougher terrains of Aten are visible just below the steep cliff that separates it from its neighbour. In contrast to Babi and the neighbouring Ash region – small portions of which are visible in the lower part of the image as well as towards the top right – Aten is not coated in smooth dust but appears to host many boulders. 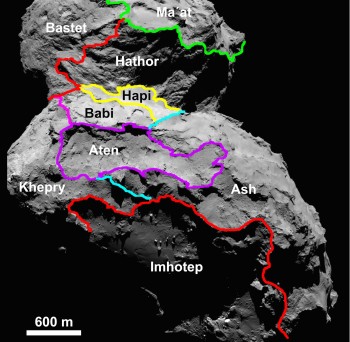 The regional map of 67P/C-G shows the shape of the Aten depression, wedged between the neighbouring regions of Babi, Ash and Khepry. The complete depression can be clearly seen in the images from some of our previous blog posts: CometWatch 28 February and 12 May.

Lurking in the upper left corner of today’s CometWatch image are parts of the comet’s small lobe, including the Ma’at region and hints of Hathor’s cliffs.

Today’s image is one of many NAVCAM views that will be released at the end of this month in the Archive Image Browser. That release will include the entire collection of NAVCAM images taken from the 10 km orbit last year, along with images taken in the period leading up to and just after comet landing. 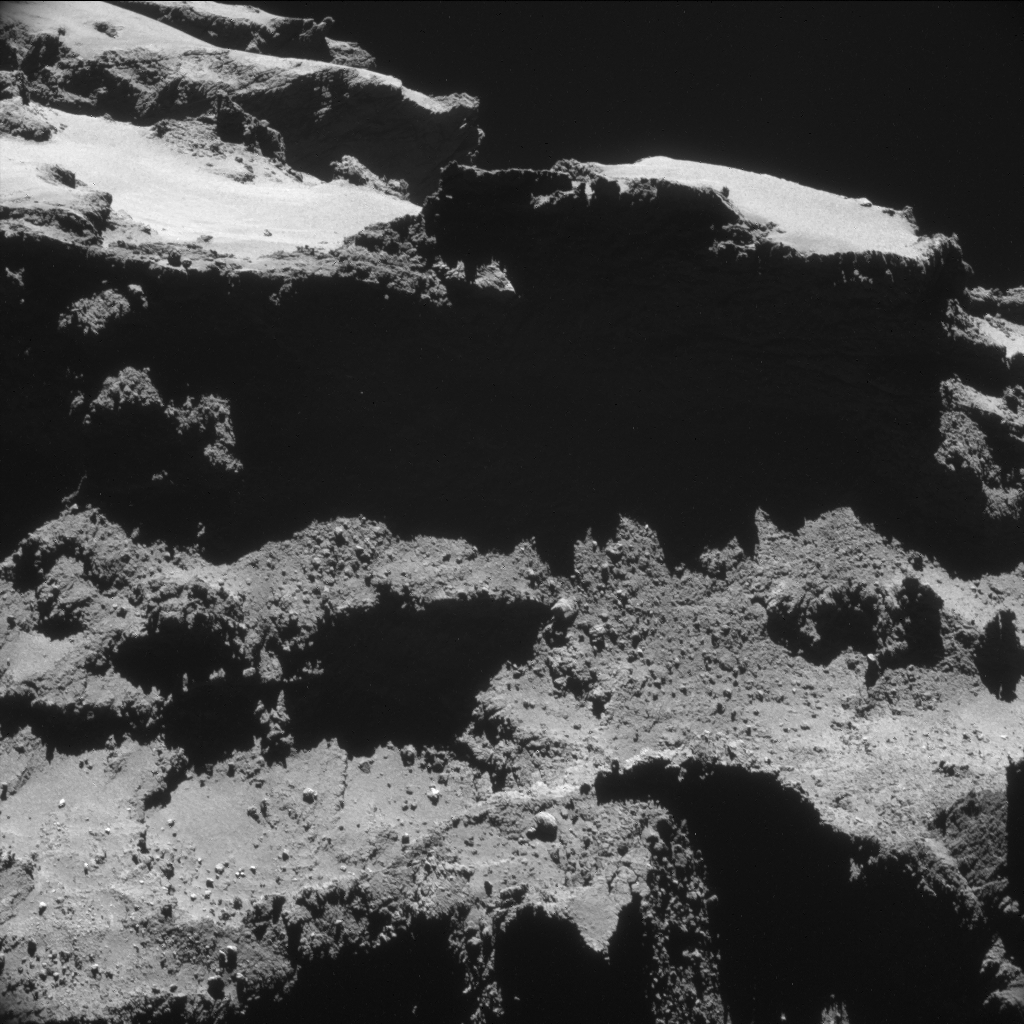