Today’s CometWatch entry shows a curious view of 67P/Churyumov-Gerasimenko that on first impression (see original image right) gives the illusion that the comet’s head is missing. The image was taken by Rosetta’s NAVCAM on 12 May from a distance of 166 km from the centre of the comet. The scale is 14 m/pixel and the 1024 x 1024 pixel frame measures 14.5 km across.

But bringing up the contrast, as we have in the image below, shows that the head is simply hidden in the shadow of the comet’s large lobe, its faint outline silhouetted against the brighter background activity.

The processing also better reveals the vertical shadow cast by the large lobe at its left edge in this orientation, and the beautiful interplay between shadows and activity in this portion of the image. 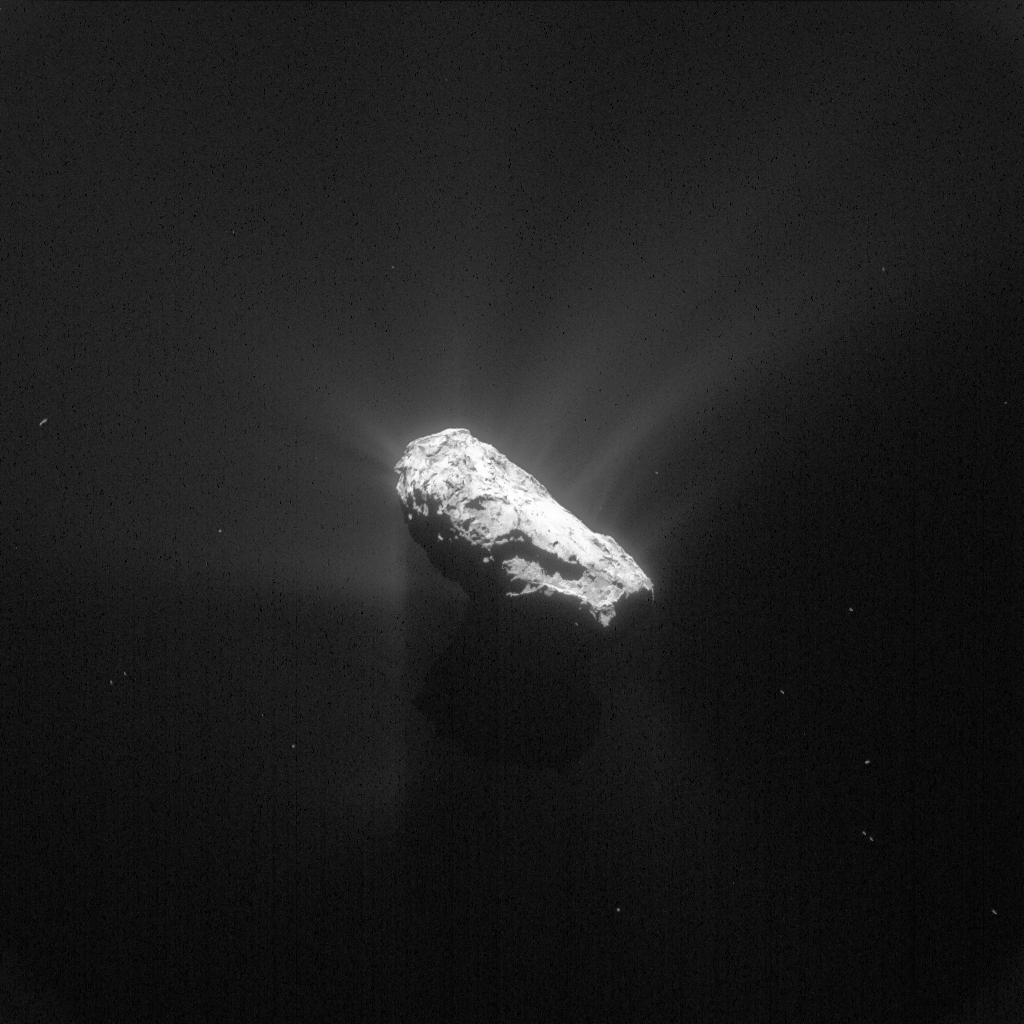 This processed version of the 12 May 2015 image reveals the comet’s small lobe in silhouette, along with details of the comet activity. Credits: ESA/Rosetta/NavCam – CC BY-SA IGO 3.0

Meanwhile on the surface of the comet, the elongate depression of Aten dominates the view, with the quasi-circular shaped feature immediately to the left part of Ash. Smooth Imhotep extends into the distance in the centre, with distinct jets of activity dancing along the horizon.