This view of Comet 67P/C-G was taken on 20 April from a distance of 128 km from the comet centre.

The resolution is 11 m/pixel and the image measures 11 km across. The image has been processed to bring out details of the comet’s activity, which can be seen all around the illuminated side of the nucleus. 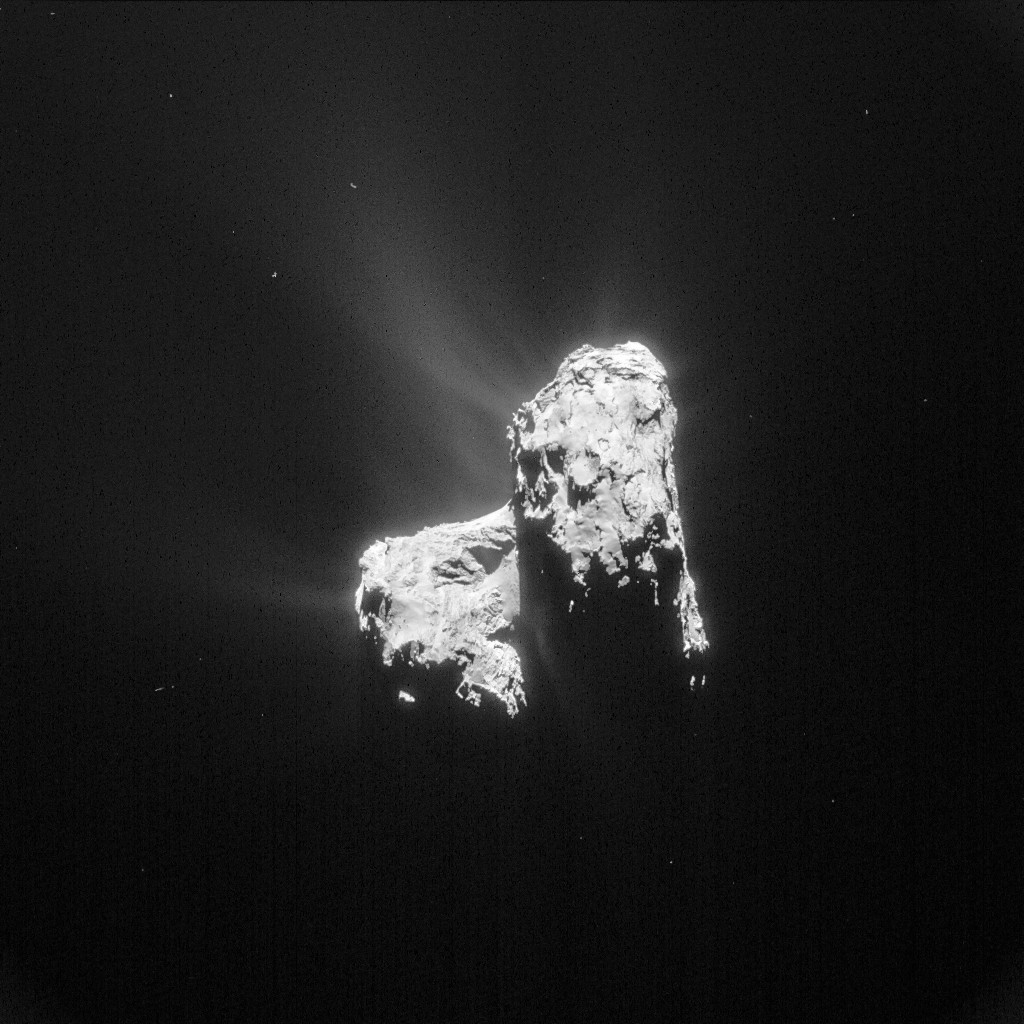 Particularly striking is the straight-edged shadow cast by the comet’s large lobe across the ‘neck’ of the small lobe.

Details of the comet’s surface can also be seen. On the small lobe, shadows accentuate the steep cliffs of Hathor and this region’s transition into Anuket in the distance, and the much smoother Hapi in the foreground.

On the large lobe, the outlines of a number of circular and quasi-circular structures are visible in Ash. 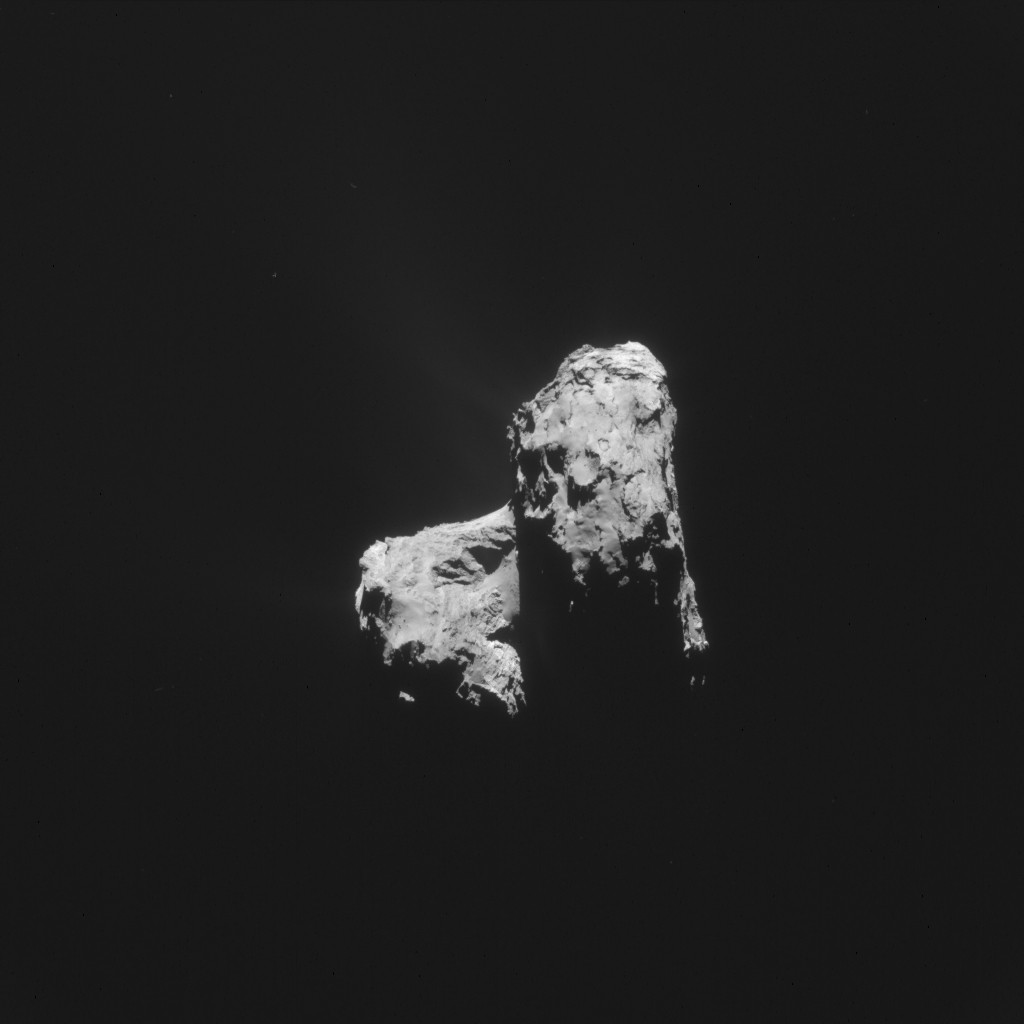