Today’s CometWatch entry was taken by Rosetta’s Navigation camera on 12 April from a distance of 146.8 km from the centre of Comet 67P/Churyumov-Gerasimenko. The image scale is 13m/pixel and has been processed to bring out the details of the comet’s activity. It is cropped to 10.3 km (the original frame, provided at the end of the post, measures 13 km across). 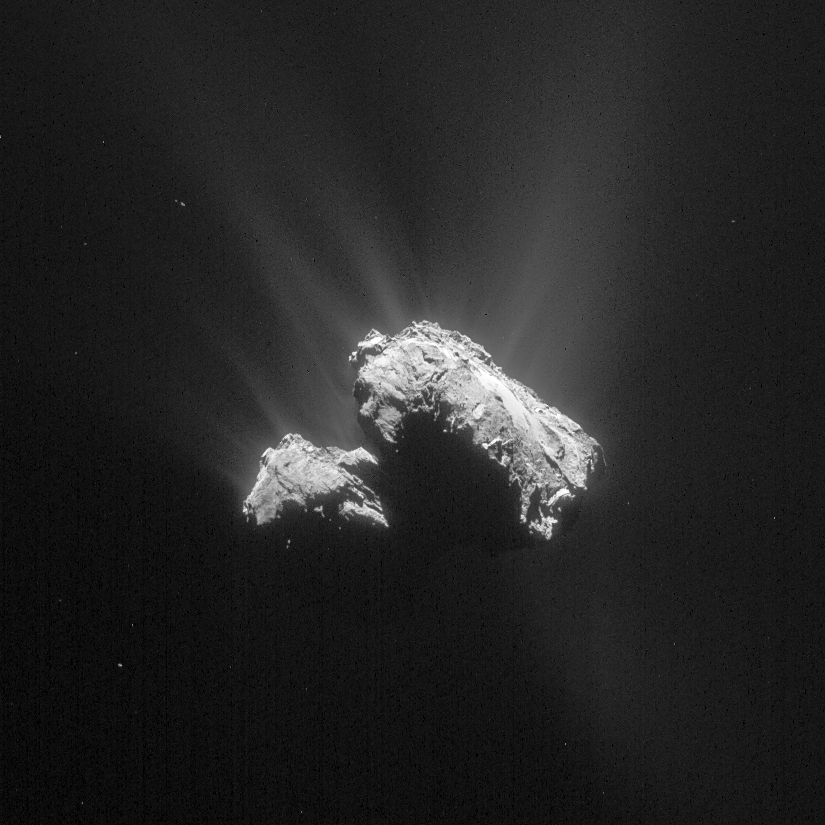 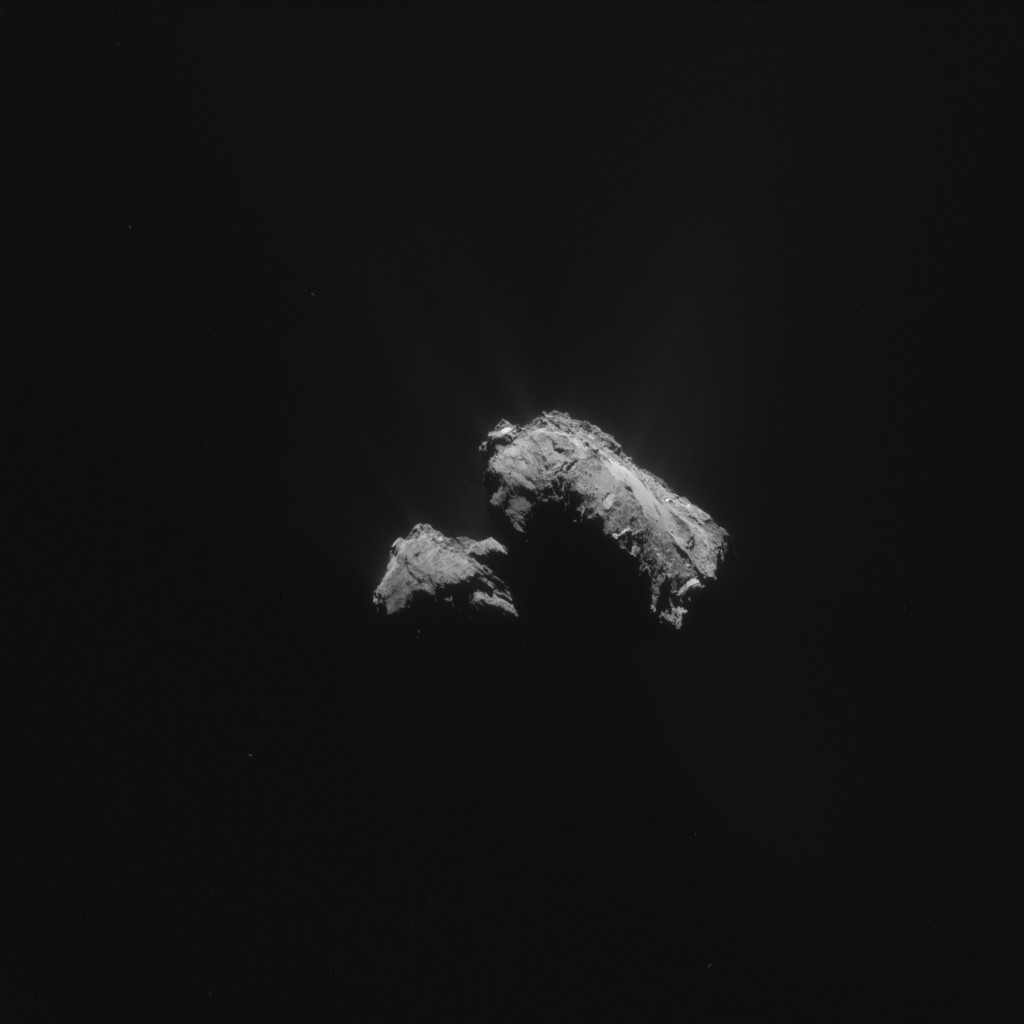