Cropped and processed single frame NAVCAM image of Comet 67P/C-G taken on 22 March 2015 from a distance of 77.8 km to the comet centre. The processed image is cropped and measures 6 x 6 km. Credits: ESA/Rosetta/NAVCAM – CC BY-SA IGO 3.0

The image above has been processed to bring out the details of the comet’s activity, while also emphasising details on the nucleus.

The image presents another interesting view of regions previously cast in shadow, particularly on the small lobe around Hatmehit, and of the topography on the large lobe close to Aker and Khepry. (The 9 March image also offered a new view of these regions, from a slightly different angle).

At the bottom right, the large lobe is casting a shadow over the broader ‘atmosphere’ around the comet. 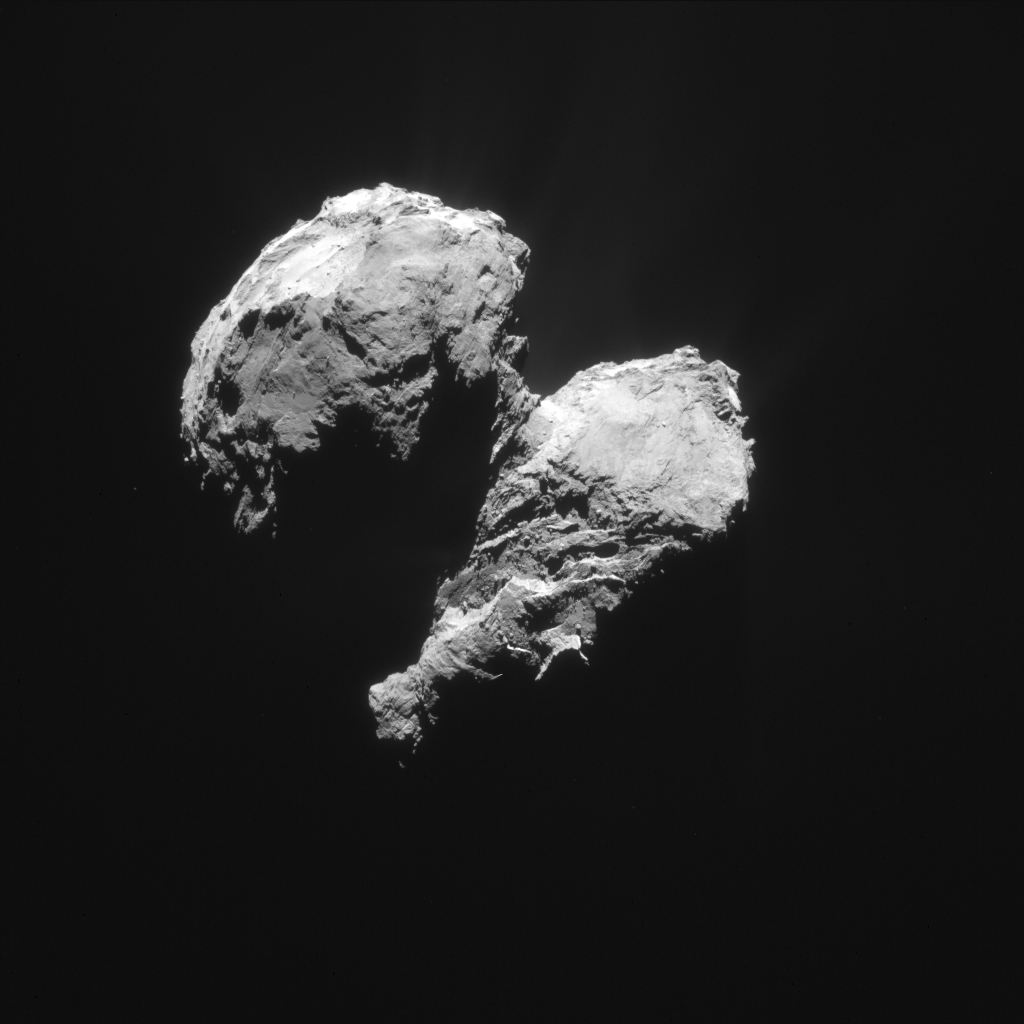