This single frame NAVCAM image was taken on 20 March 2015 at a distance of 81.7 km from the centre of Comet 67P/Churyumov-Gerasimenko. The image scale of the original 1024 x 1024 pixel image is 7 m/pixel and the image measures 7.1 km across; a cropped, processed version is shown below. 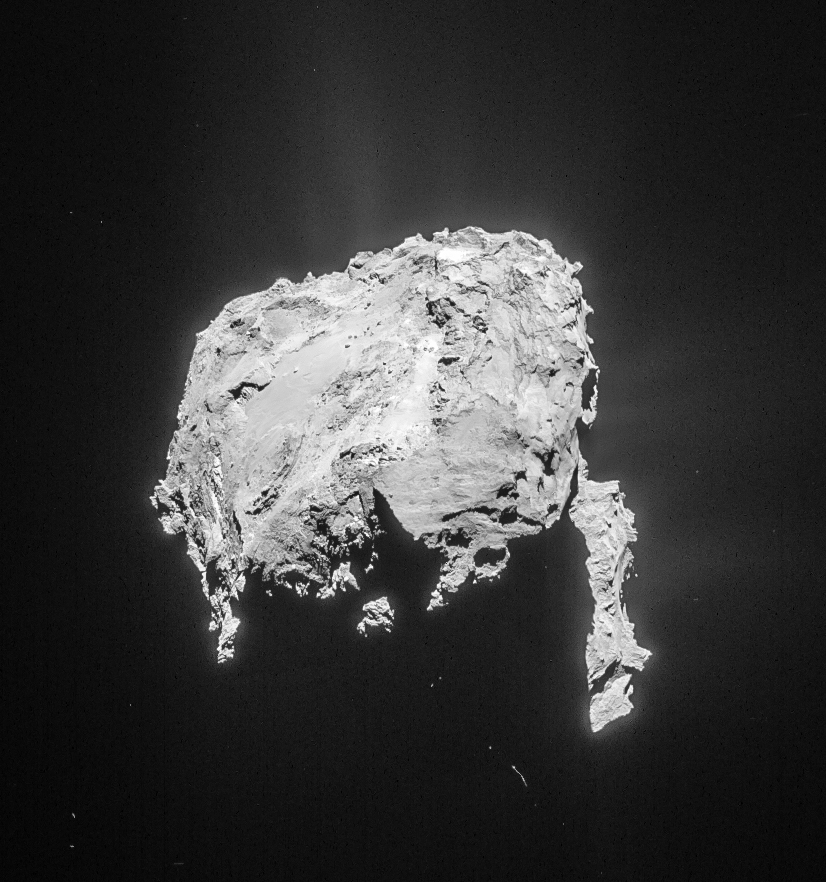 Cropped and processed single frame NAVCAM image of Comet 67P/C-G taken on 20 March 2015 from a distance of 81.7 km to the comet centre. This cropped version measures about 5.8 x 6.1 km. The image is lightly processed to bring out the details of the outflowing material. Credits: ESA/Rosetta/NAVCAM – CC BY-SA IGO 3.0

From this orientation we have a great view across the Imhotep region on the ‘underside’ of the comet’s large lobe, providing additional context for the close flyby images of 14 February. The annotated diagram below points to the approximate regions covered by the NAVCAM and OSIRIS flyby images, including the image featuring Rosetta’s shadow (bottom right image). 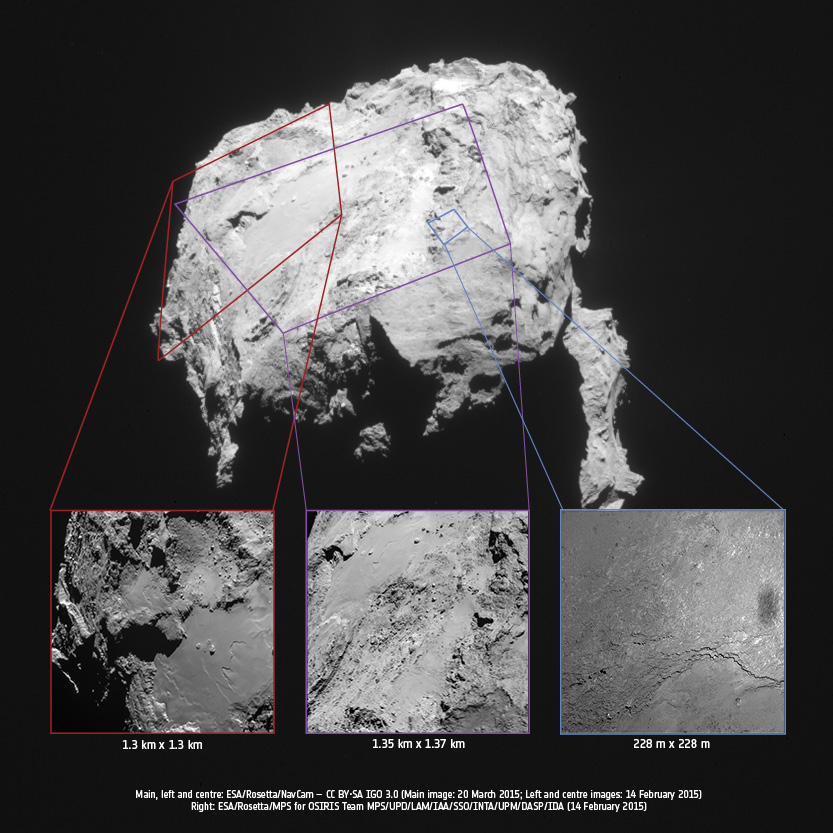 CometWatch 20 March with the 14 February flyby images added as insets. The image outlines vary in shape due to the change in relative position of the comet and spacecraft on the times/dates the images were taken. 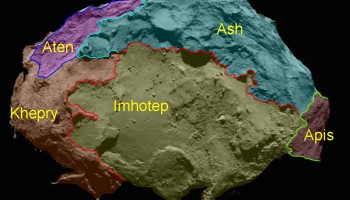 Annotated map of the ‘underside’ of the comet’s large lobe, showing the Imhotep region. Credit: ESA/Rosetta/MPS for OSIRIS Team MPS/UPD/LAM/IAA/SSO/INTA/UPM/DASP/IDA

In this orientation, the boundary between Imhotep and Ash can be seen towards the right of the comet’s large lobe. Apis is towards the bottom right, and includes the region with the sharp shadow.

Part of the comet’s small lobe can be seen to the far right of the image, the cliffs of Hathor largely in the shadow cast by the large lobe.

Meanwhile jets of cometary material can be seen rising from the nucleus; in this orientation to the top and right of the image. 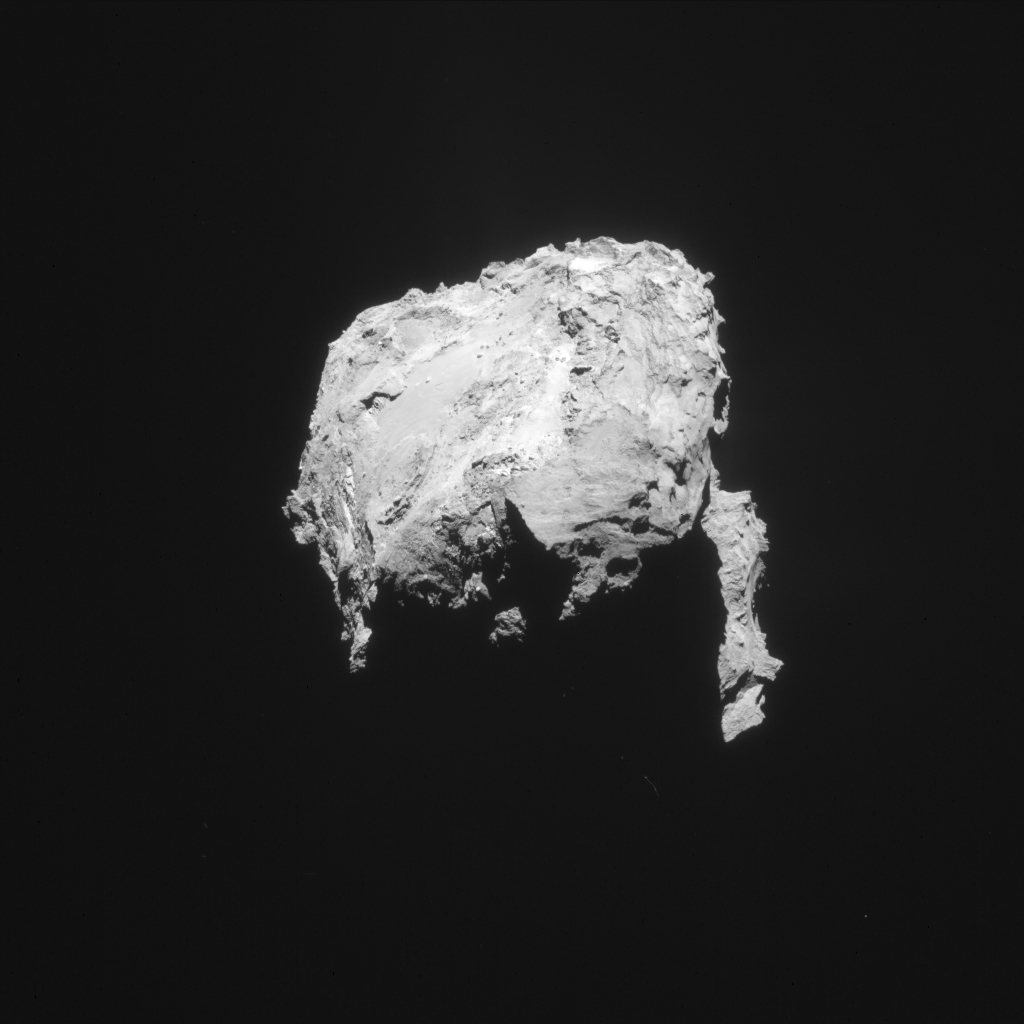