Out of the shadow – CometWatch 9 March

Today’s CometWatch entry was captured on 9 March at a distance of 71.9 km from the centre of Comet 67P/Churyumov-Gerasimenko. 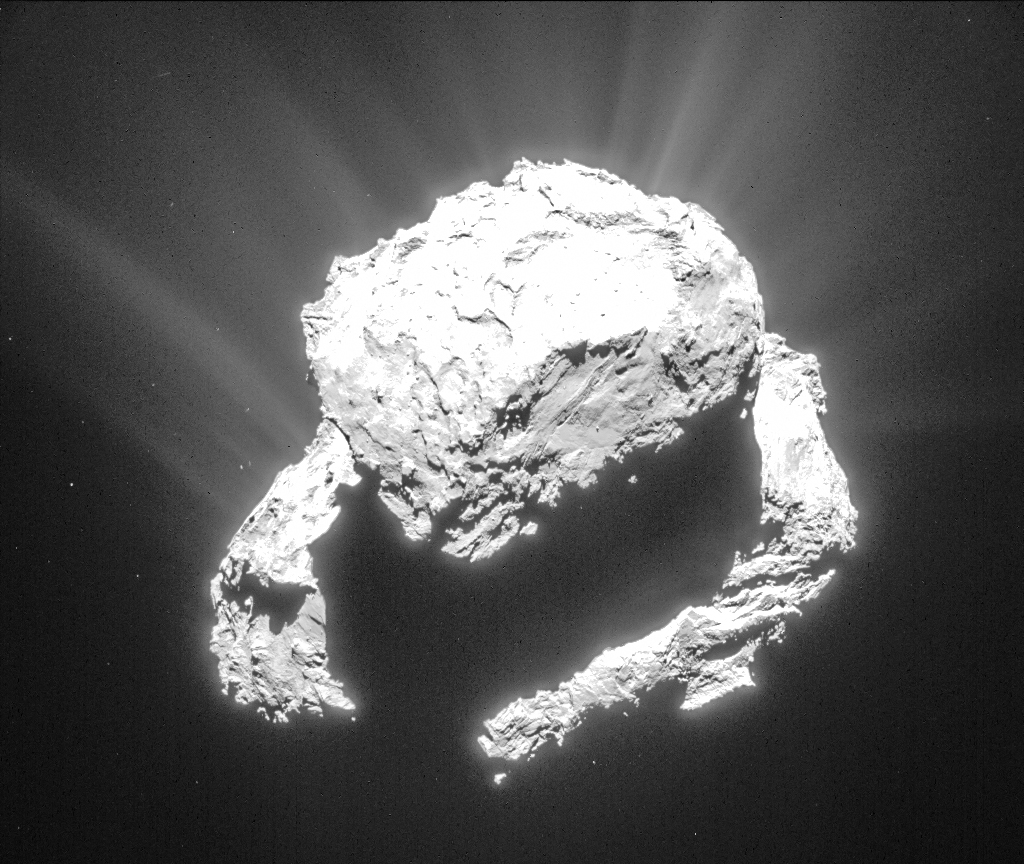 The scale is 6.1 m/pixel and the image measures 6.3 km across (note that the processed version above is slightly cropped in the vertical direction for aesthetic purposes; the original provided at the end of the post is uncropped). As with recent previous entries, these Alice context images are currently slightly over-exposed on some parts of the comet, so we have pushed the contrast to focus on the activity of the comet. Indeed, many jets can be seen against the dark backdrop.

But, at the same time, this view provides one of the clearest views yet of a region on the small comet lobe that in many previously published images has been partly cast in shadow. Thus, included in this post for comparison is roughly the same region seen at different angles/illumination conditions on 30 October 2014 and 18 January 2015. 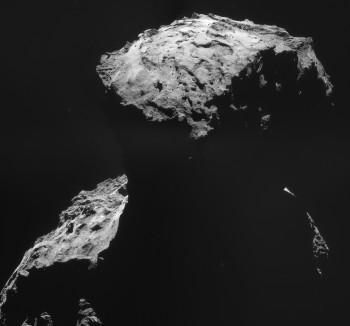 The original 1024 x 1024 pixel frame for today’s CometWatch entry is provided below: 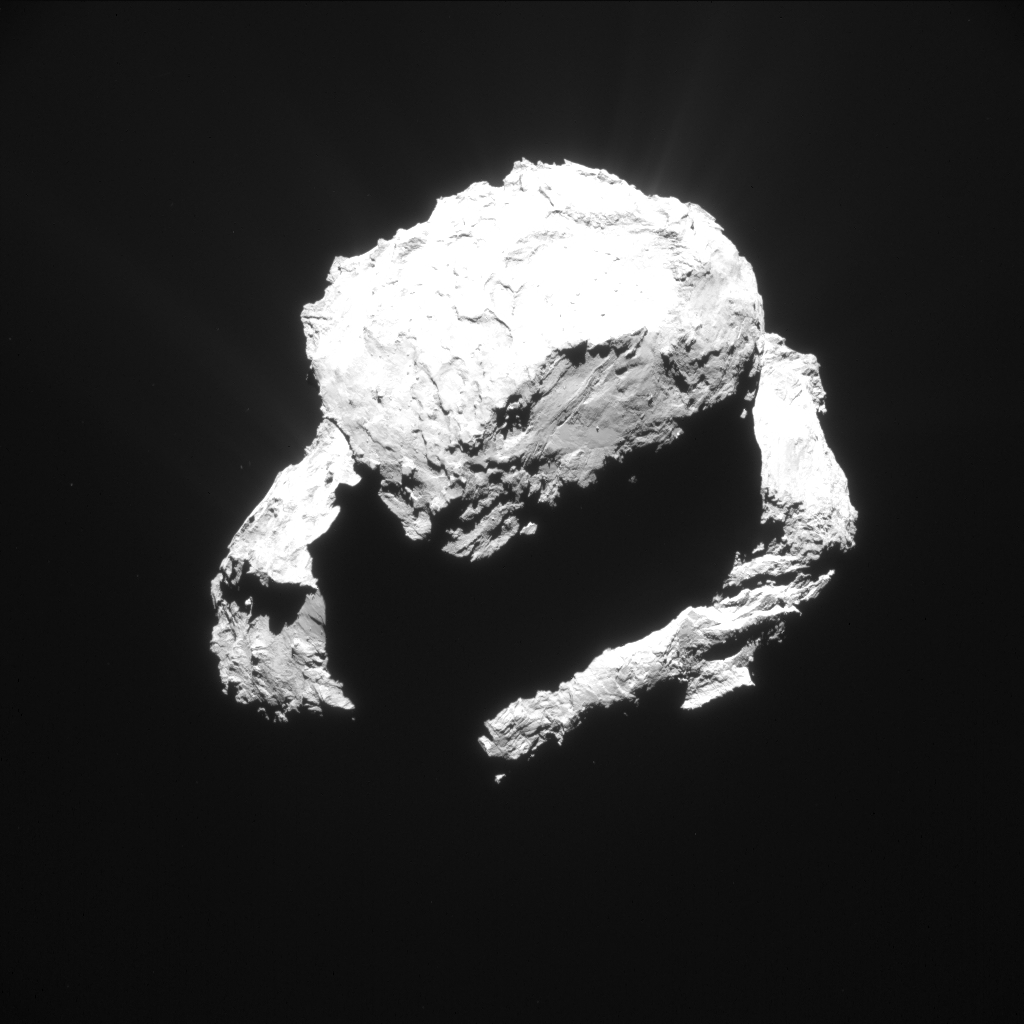