Today’s CometWatch entry is a single frame NAVCAM image obtained on 20 February from a distance of 118.5 km from the centre of Comet 67P/Churyumov-Gerasimenko. The image has a resolution of 10.1 m/pixel and measures 10.3 km across. 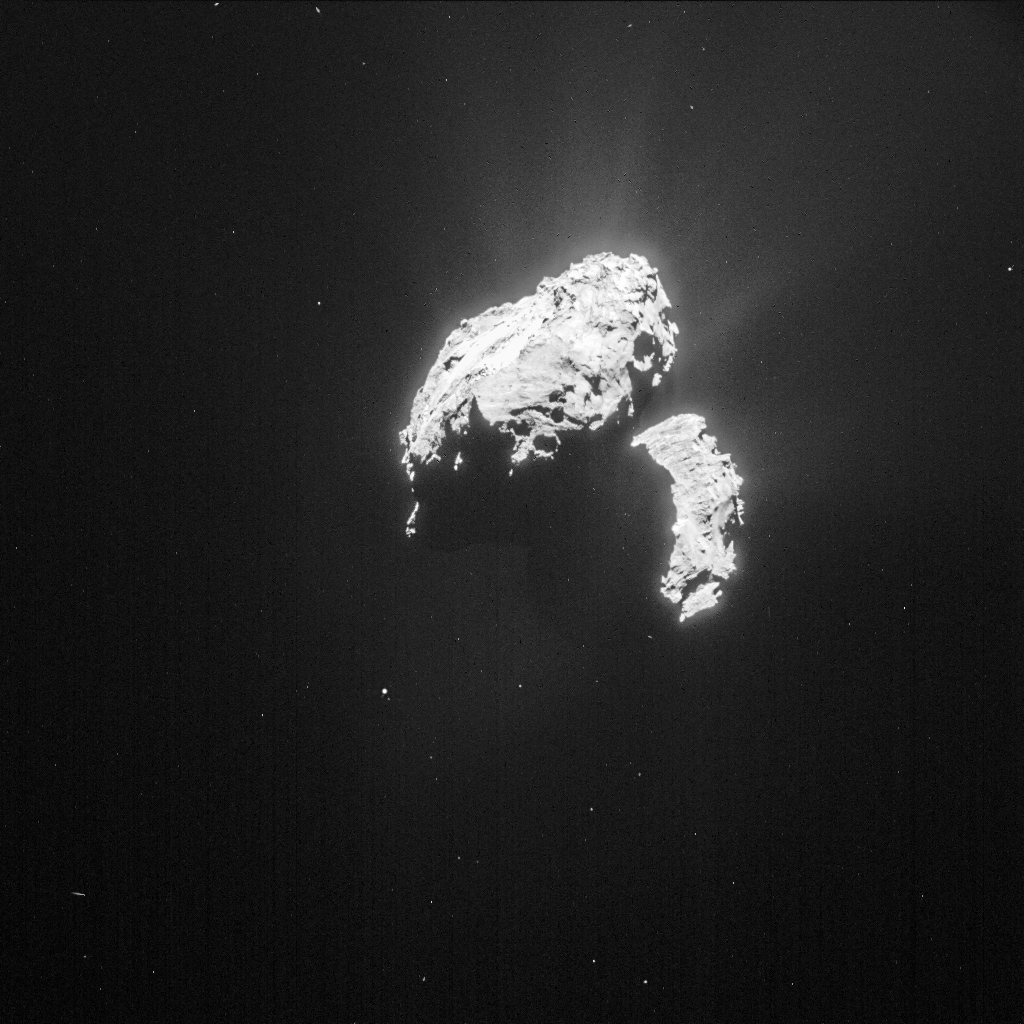 Single frame (1024 x 1024 pixel) NAVCAM image of Comet 67P/C-G taken on 20 February from a distance of 118.5 km to the comet centre. The image has been processed to bring out the details of the comet’s activity. The exposure time of the image is 3 seconds. Credits: ESA/Rosetta/NAVCAM – CC BY-SA IGO 3.0

The image nicely complements that published on Monday, this time showing the comet’s small lobe to the right and the large lobe to the left. Some 80 km closer than Monday’s image, details on the comet nucleus are now a little clearer again. For example, the smooth Imhotep region on the large lobe at the far left can be distinguished from the adjacent terrain of Ash, while on the small lobe the cliffs of Hathor stand out (refer to the regional maps here and here if you are unfamiliar with the comet’s regions).

Rather captivating is the shadow of the larger lobe that is projected onto Hathor. The silhouette of the ‘underside’ of the comet can also be seen against the diffuse nebulosity to the lower-left of the nucleus. Around the sunlit portion of the nucleus, the nebulosity of the comet’s innermost coma can be seen together with denser streaks that likely correspond to regions of greater surface activity.

As usual, background features are typically a mix of detector noise, stars, and material ejected from the comet. 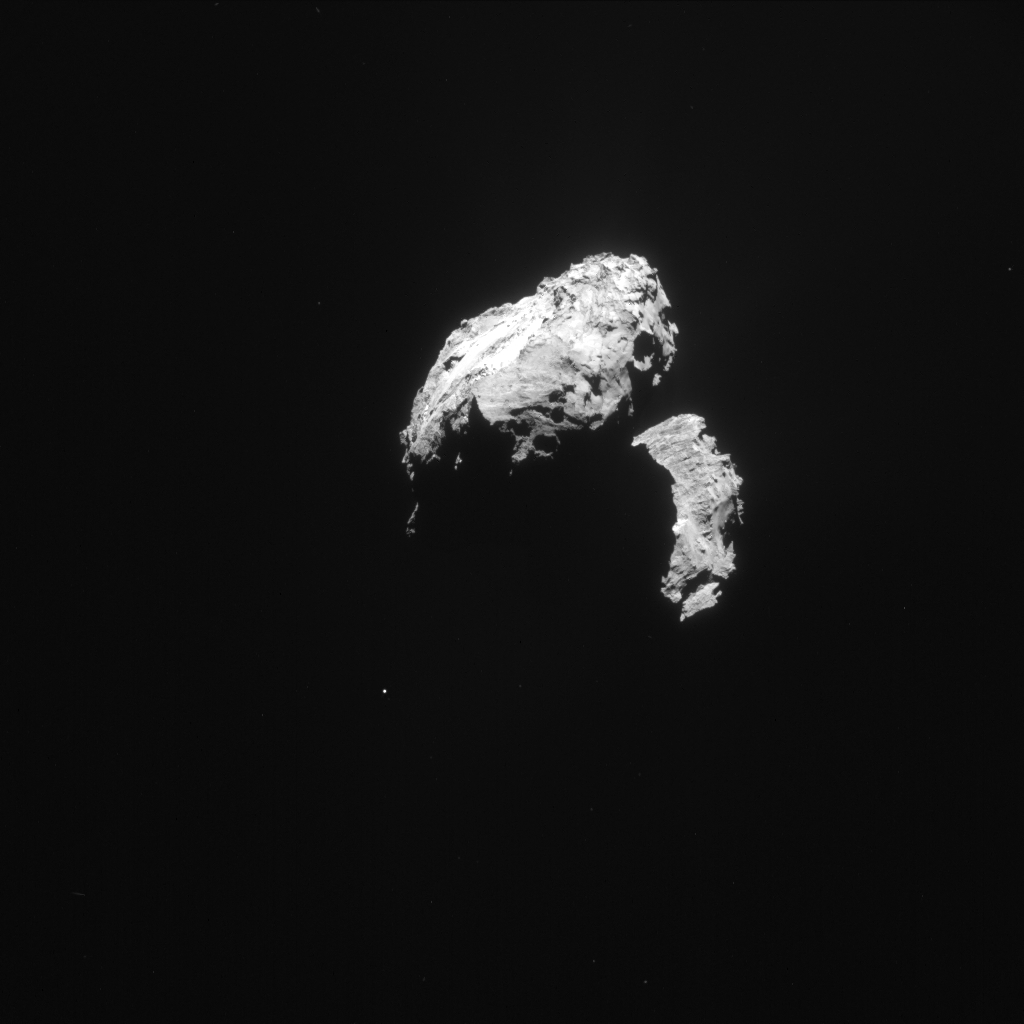