Today’s CometWatch entry is a 1024 x 1024 pixel single frame NAVCAM image obtained on 18 February from a distance of 198 km from the centre of Comet 67P/Churyumov-Gerasimenko. The image has a resolution of 16.9 m/pixel and measures 17.3 km across. 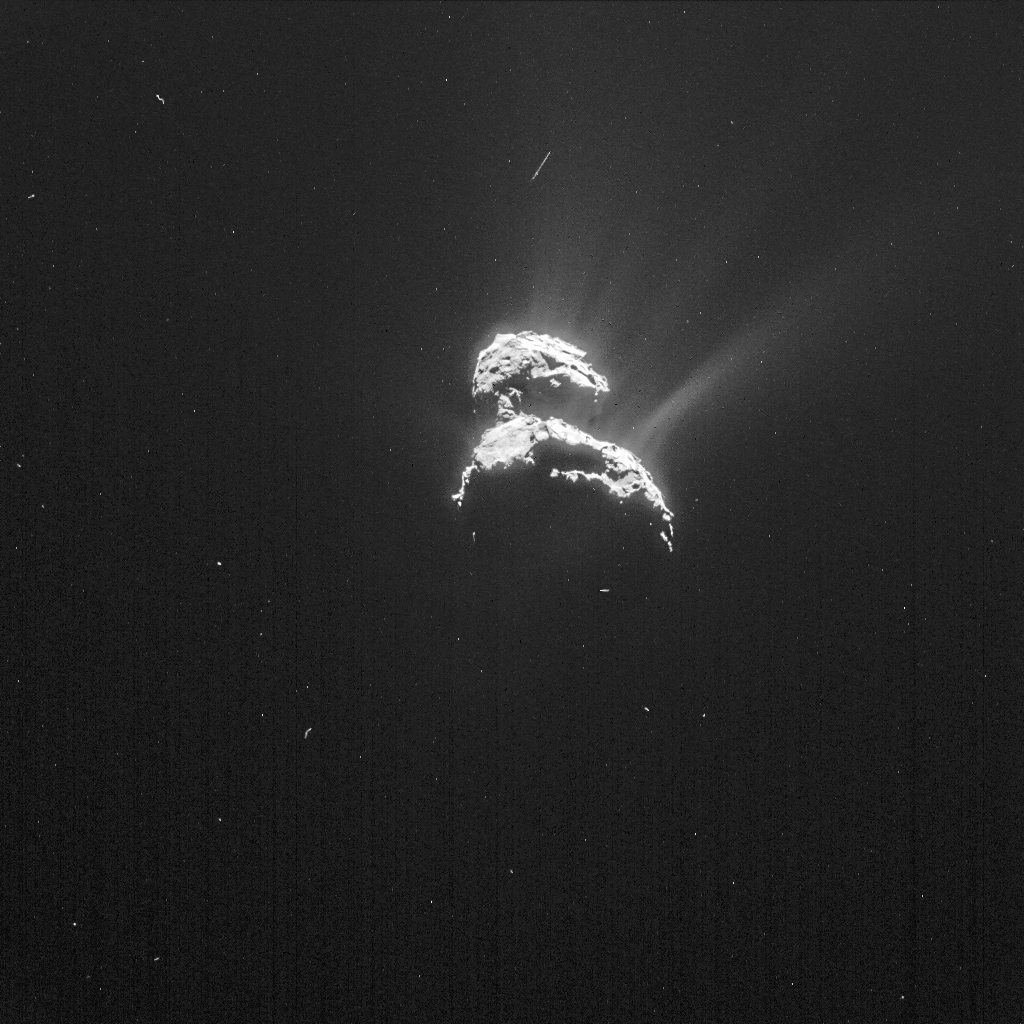 NAVCAM image of Comet 67P/C-G taken on 18 February from a distance of 198 km to the comet centre. The image has been processed to bring out the details of the comet’s activity. The exposure time of the image is 4 seconds. Credits: ESA/Rosetta/NAVCAM – CC BY-SA IGO 3.0

While the original image (provided at the end of this post) is dominated by the nucleus, increasing the exposure emphasises the nebulosity of the coma and reveals the impressive nature of the comet’s jets streaming out into space (see image above). This also highlights the “noisy” background – typically a combination of detector noise, background stars, and grains of material ejected from the comet, which are sometimes captured as streaks.

Meanwhile on the comet’s large lobe, the dark shadowed region of Aten and the seemingly flat face of Khepry to its left stand out. On the small lobe, the regions known as Bastet and Ma’at are most clearly seen, while the cliffs of Hathor are largely in shadow. (Click here for a map of the comet’s regions.)

Today, 23 February, Rosetta flies by the comet at a distance of about 55 km. Click here for a video depicting the current trajectory of Rosetta. 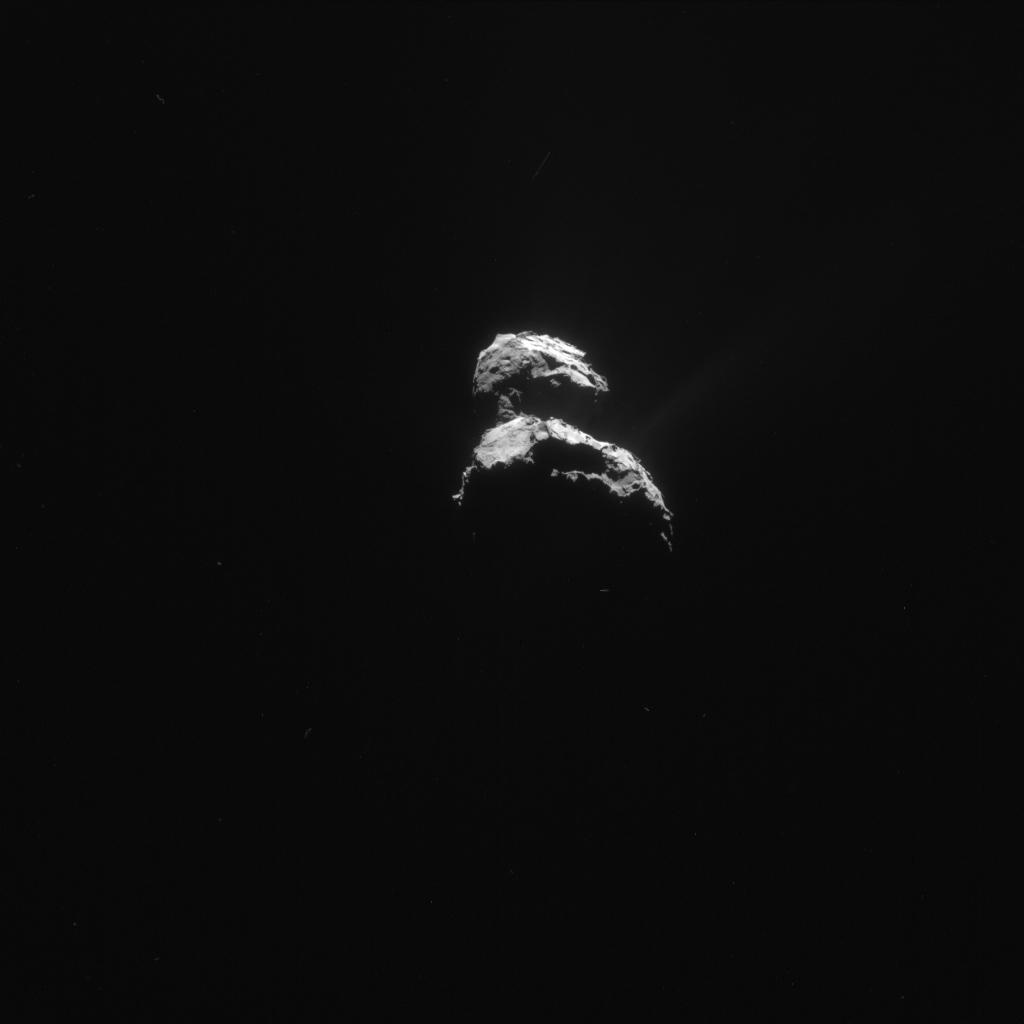