Today’s CometWatch entry presents a four-image mosaic comprising images taken from Rosetta’s NAVCAM on 16 February from a distance of 226.5 km to the centre of the comet. The image resolution is 19.3 m/pixel and the individual 1024 x 1024 frames measure 19.8 km across. The mosaic measures 37.4 × 37.2 km.

Four-image mosaic comprising images taken on 16 February 2015 by Rosetta’s Navigation Camera (NAVCAM). Rotation and translation of the comet during the imaging sequence make it difficult to create an accurate mosaic, and there may be some spurious spatial and intensity features as a result of the mosaic-making process, so always refer to the individual frames before performing any detailed comparison or drawing conclusions about any strange structures or low intensity extended emission. Credits: ESA/Rosetta/NAVCAM – CC BY-SA IGO 3.0

The view shows the underside of the large comet lobe, focusing on the smooth Imhotep region and its transition to Ash on the right. The mosaic has been processed in Lightroom to bring out some indication of the comet’s activity, in particular the jet pointing upwards.

Today’s CometWatch comes from close to the end of the trajectory arc that took Rosetta 255 km from the centre of 67P/C-G on 17 February; this is the furthest the spacecraft has been from the comet since early August 2014, just before rendezvous.

A comparison of this image with CometWatch 15 February, also featuring Imhotep, and with the close-up view of the same region from the 14 February flyby, provides a taste of this leg of Rosetta’s journey receding from the comet.

Rosetta is now approaching the comet again. Today, 20 February, it is around 100 km from 67P/C-G. 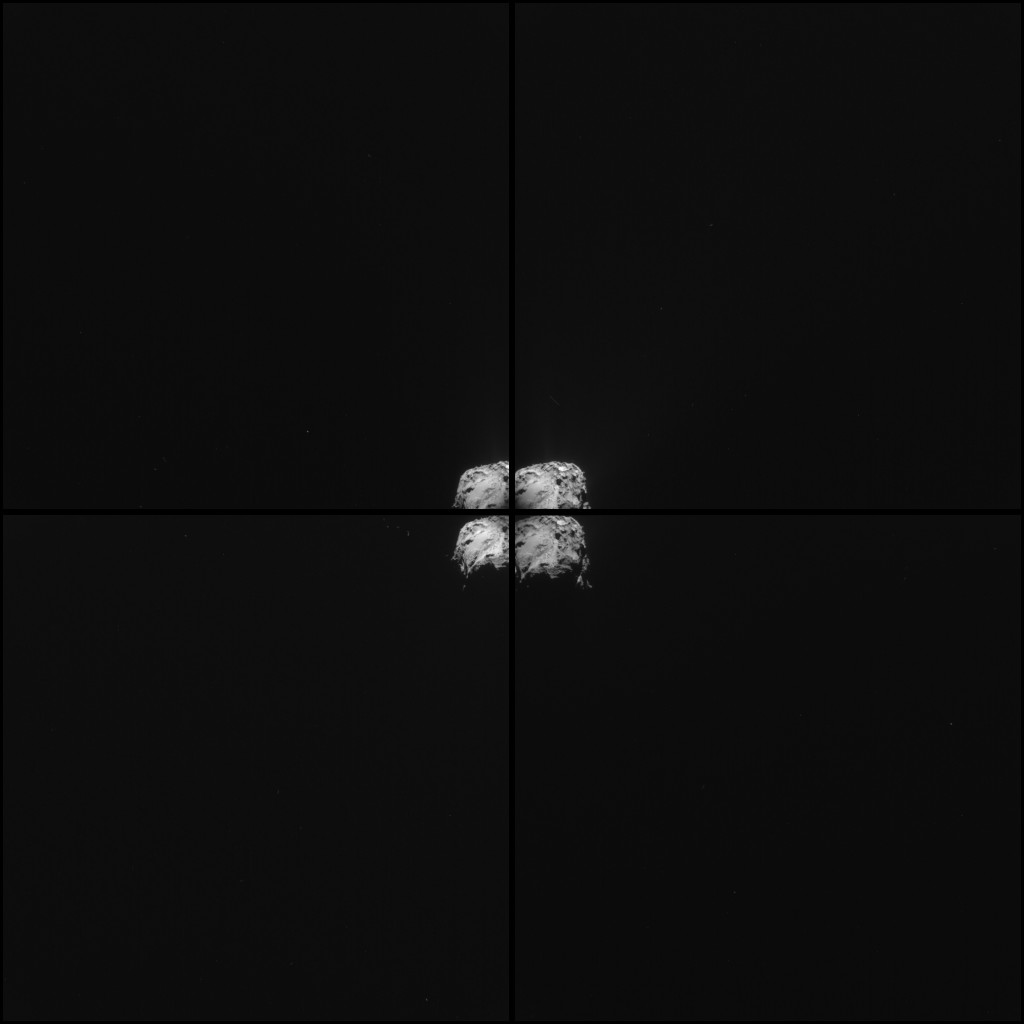 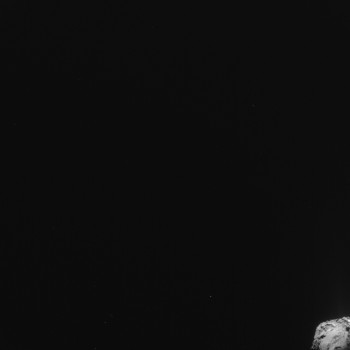 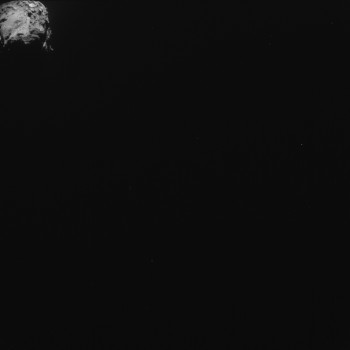