Today’s CometWatch entry presents the NAVCAM’s first single frame image capturing the entire comet nucleus since leaving bound orbits last week. The image was taken on 6 February from a distance of 124 km to the centre of Comet 67P/Churyumov-Gerasimenko. The 1024 x 1024 pixel image frame therefore has a resolution of 10.6 m/pixel and measures 10.8 km across.

NAVCAM image of Comet 67P/C-G taken on 6 February from a distance of 124 km to the comet centre. In this orientation, the small comet lobe is to the left of the image and the large lobe is to the right. The image has been processed to bring out the details of the comet’s activity. The exposure time of the image is 6 seconds. Credits: ESA/Rosetta/NAVCAM – CC BY-SA IGO 3.0

The image provides a stunning contrast to the recent close-up images, offering new perspectives on the extent of the comet’s activity. Indeed, the jets emanating from Hapi (the neck region) extend towards the edge of the frame in the upper right. Adjusting the intensity scaling, as we have done in this image, also emphasises the nebulous ‘glow’ of activity that appears to be coming from all over the sunlit surfaces of the nucleus. Bringing out the jets also highlights the large amount of background ‘noise’, which includes material ejected from the comet.

Today, 11 February, Rosetta is about 100 km from 67P/C-G and moving closer ahead of its 6 km flyby from the surface of the comet on Saturday – closest approach is at 12:41 GMT (13:41 CET). The NAVCAM is scheduled to take images 1-2 hours before and after closest approach, which will be downlinked to Earth Sunday/Monday.

The original 1024 x 1024 pixel image frame for today’s entry is provided below: 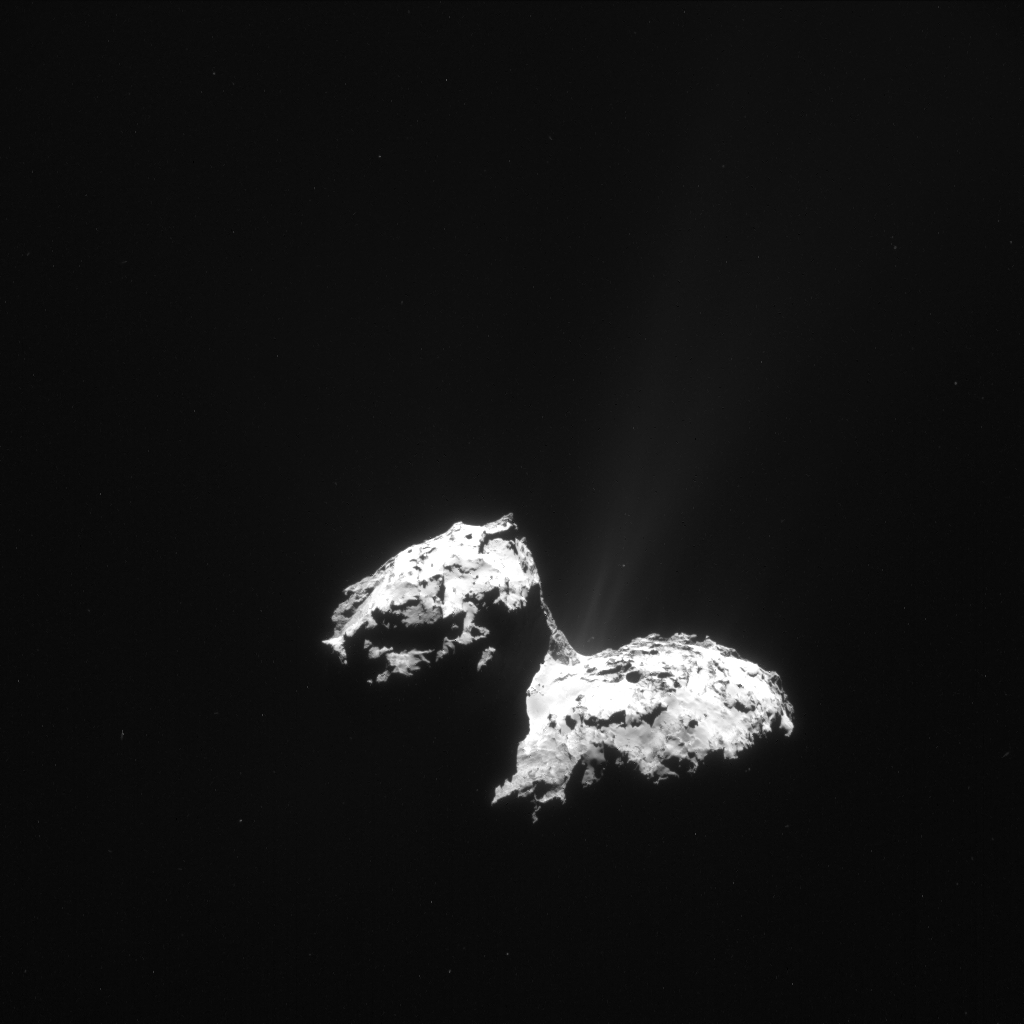