This four-image mosaic comprises images taken from a distance of 28.7 km from the centre of Comet 67P/Churyumov-Gerasimenko on 3 February. The image resolution is 2.4 m/pixel and the individual 1024 x 1024 frames measure 2.5 km across. The mosaic has been slightly cropped, and it measures 4.2 x 4.6 km.

These are the last images taken by Rosetta’s NAVCAM before the spacecraft left its bound orbit around the comet at 28 km from the centre. On 4 February, Rosetta moved into a new operating phase characterised by a series of flybys past 67P/C-G at a range of distances, the first of which will be the very close encounter planned for next weekend, when Rosetta will pass just 6 km from the surface of the comet on 14 February. 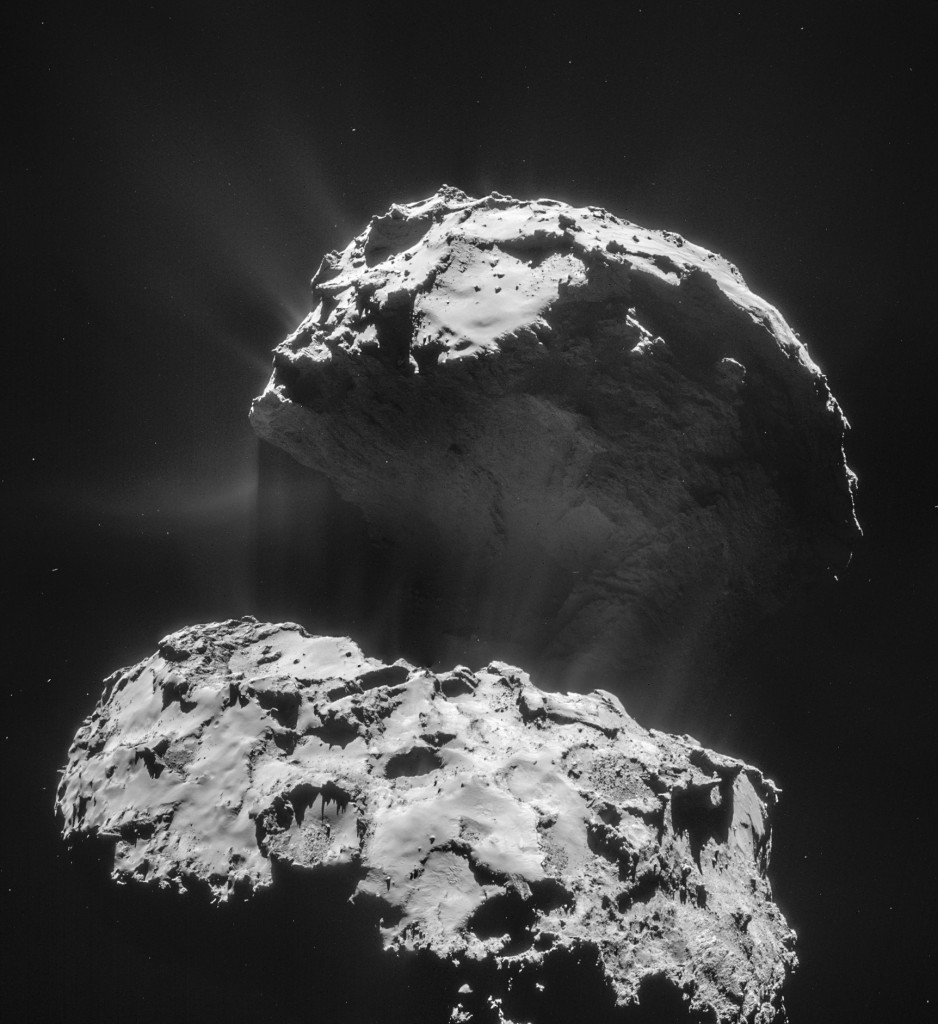 Four image mosaic comprising images taken on 3 February 2015 by Rosetta’s Navigation Camera (NAVCAM). Rotation and translation of the comet during the imaging sequence make it difficult to create an accurate mosaic, and there may be some spurious spatial and intensity features as a result of the mosaic-making sequence, so always refer to the individual frames before performing any detailed comparison or drawing conclusions about any strange structures or low intensity extended emission. Credits: ESA/Rosetta/NAVCAM – CC BY-SA IGO 3.0

In this orientation, we see the smaller of the two comet lobes in the upper part of the image, with the larger lobe below. Emerging from the shadows of the comet’s neck are the cliffs of Hathor, in the central part of the image, crossing over to the Anuket region on the right. Parts of the smooth Hapi region on the neck are also visible in the shadows, just above the bright rim of the large lobe.

Some circular depressions on the Seth and Ash regions are visible on the large lobe; parts of the Anubis and Atum region can also be seen towards the lower right corner of the image.

The view of the small lobe shows mostly the Ma’at region, on the left, while the ridge on the right and the smooth plain above it belong to Serqet. 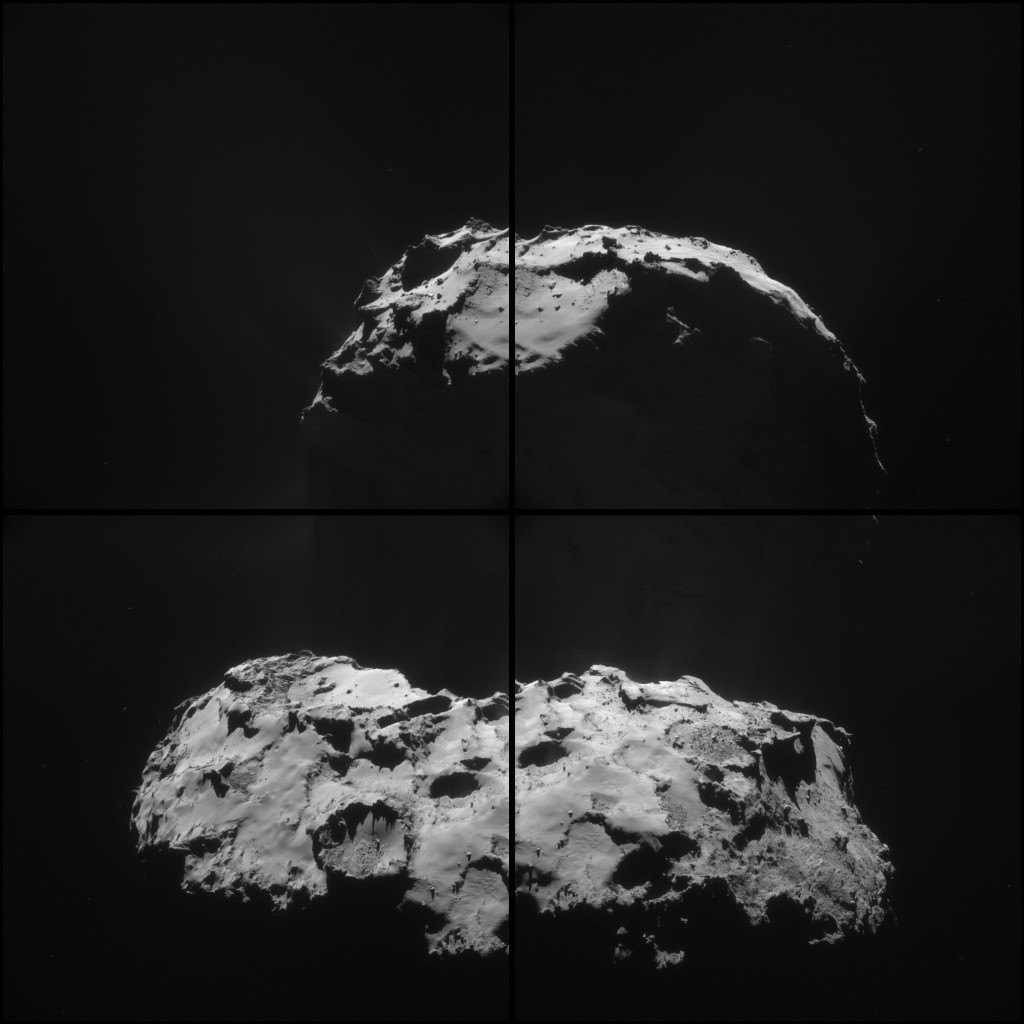 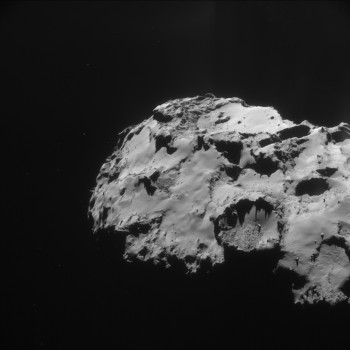 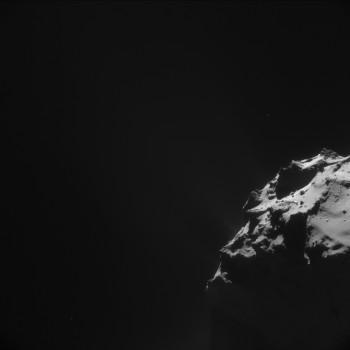 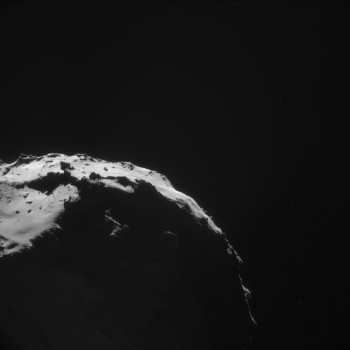 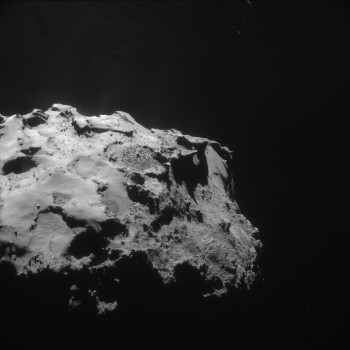