This four-image mosaic comprises images taken from a distance of 28.0 km from the centre of Comet 67P/Churyumov-Gerasimenko on 31 January. The image resolution is 2.4 m/pixel and the individual 1024 x 1024 frames measure 2.4 km across. The mosaic has been slightly cropped, and it measures 4.6 x 4.3 km. 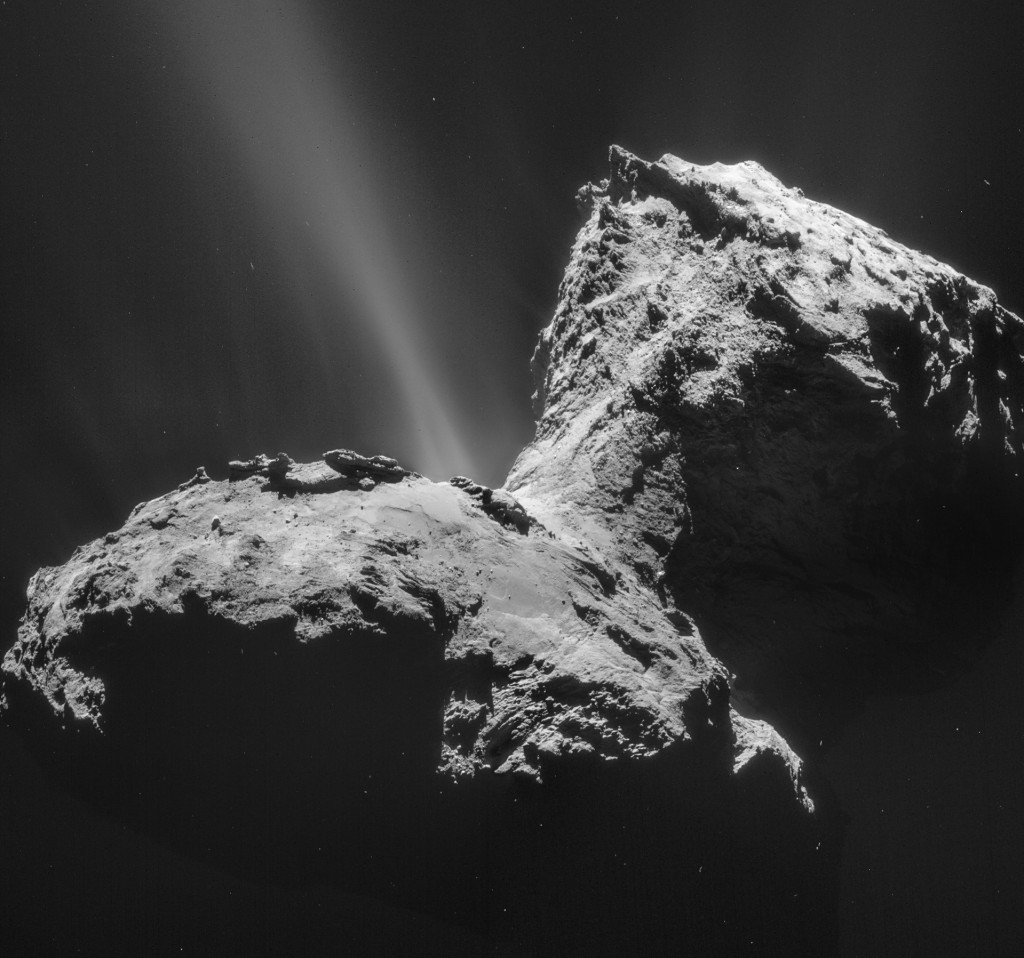 Four image mosaic comprising images taken on 31 January 2015 by Rosetta’s Navigation Camera (NAVCAM). Rotation and translation of the comet during the imaging sequence make it difficult to create an accurate mosaic, and there may be some spurious spatial and intensity features as a result of the mosaic-making process, so always refer to the individual frames before performing any detailed comparison or drawing conclusions about any strange structures or low intensity extended emission. Credits: ESA/Rosetta/NAVCAM – CC BY-SA IGO 3.0

The scene provides a stunning view of both the comet’s larger lobe (bottom) and smaller lobe (top right). There is an interesting contrast between the rough appearance of Anuket, the region that starts on the smaller lobe and descends along the side of the comet’s neck, and the smoother material of the Anubis region, visible on the larger lobe in this view, beneath the crags of Seth as seen on the upper edge of the lobe.

A prominent jet and other outflows are also portrayed in the image. The overall activity of 67P/C-G is evident in the way that the silhouette of the nucleus stands out against the faint glow of the comet’s coma, especially in the darkest regions (bottom left and far right).

The large number of small white blobs and streaks in the image are likely specks of dust or other small objects in the vicinity of the comet. 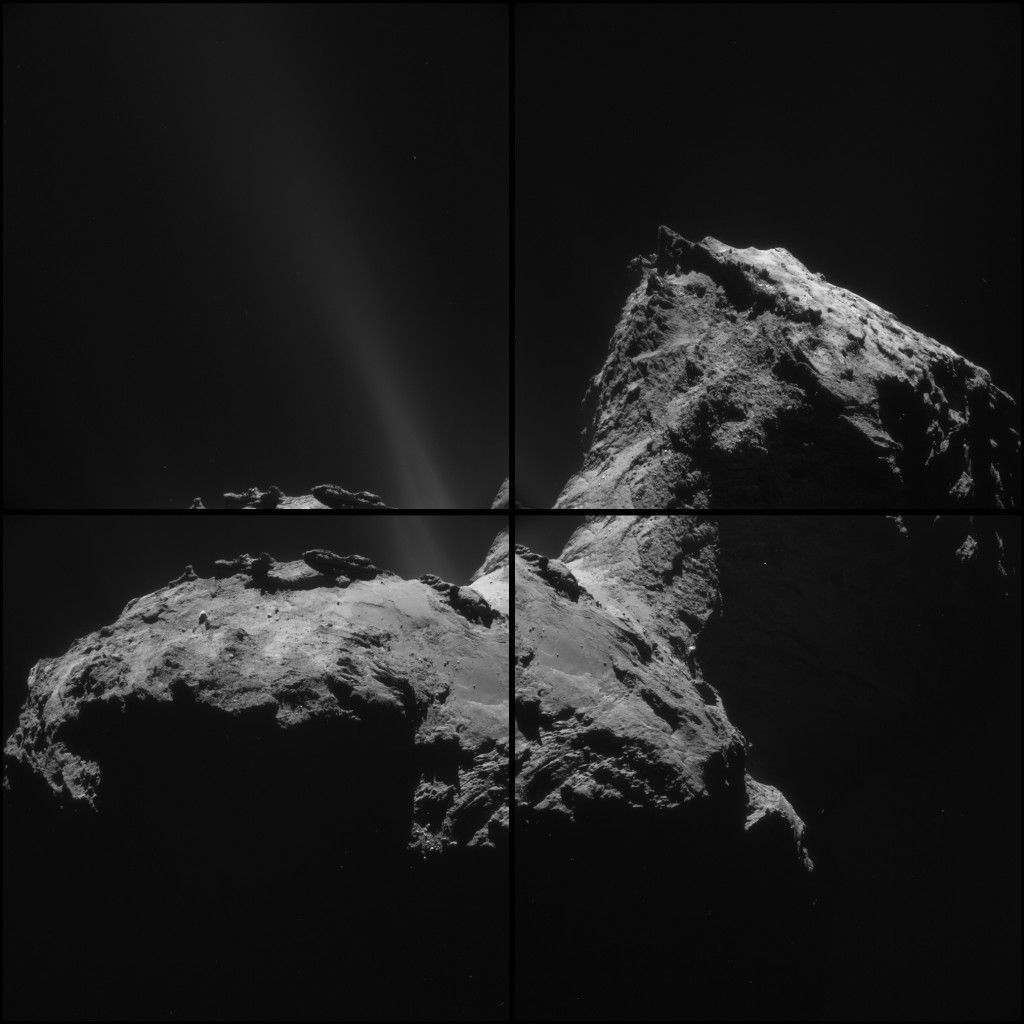 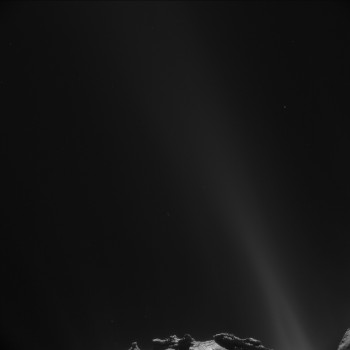 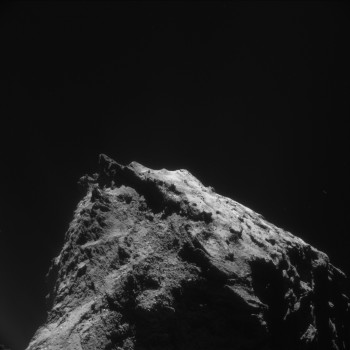