This four-image montage comprises images taken from a distance of 27.7 km from the centre of Comet 67P/Churyumov-Gerasimenko on 26 January. The image resolution is 2.4 m/pixel and the individual 1024 x 1024 frames measure 2.4 km across. 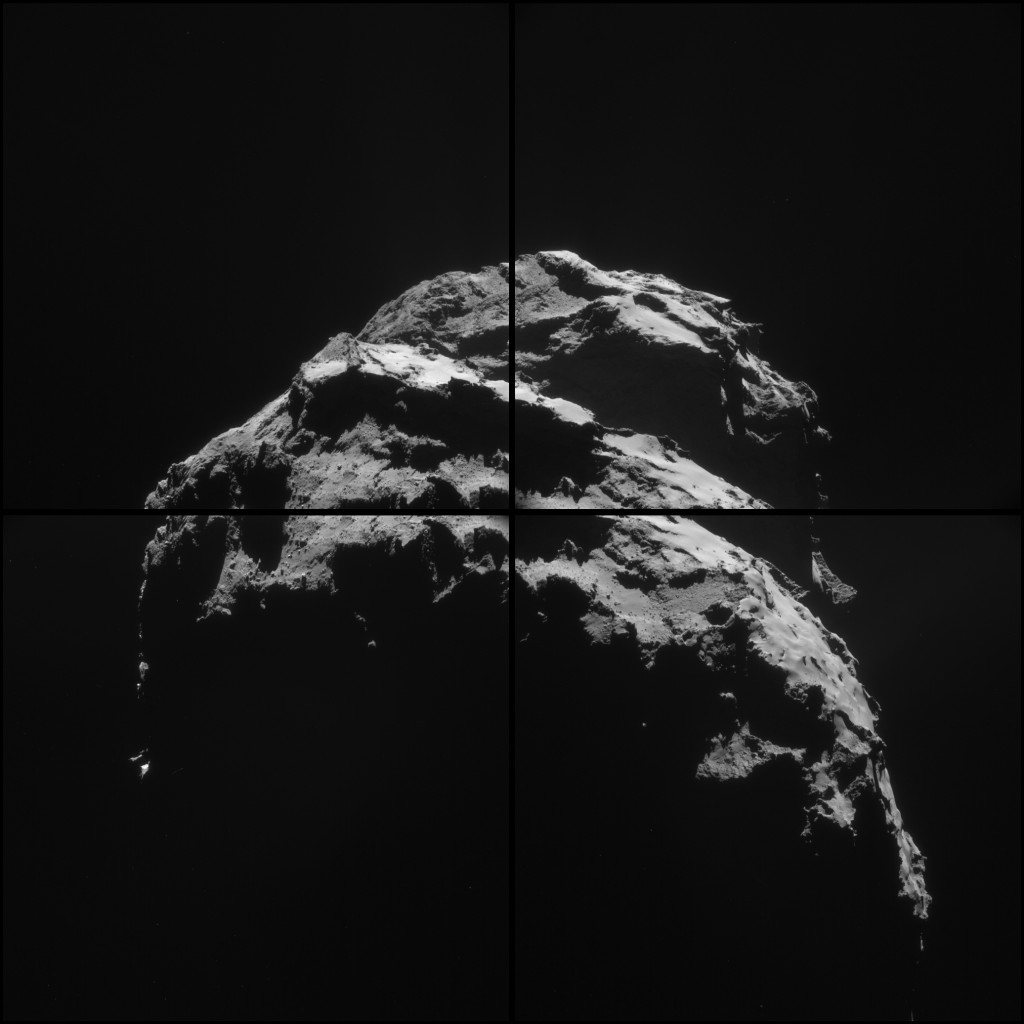 Rotation and translation of the comet during the imaging sequence often make it difficult to create accurate mosaics out of the four NAVCAM images. But this time we found it impossible to make one without excessively distorting the comet’s features and thus we’re just posting the montage. The image provides a nice view across the comet’s larger lobe (foreground) and up onto the smaller lobe.

The montage is centred on Aten, a region on the larger lobe that extends diagonally from the bottom part of the upper left frame to the top part of the lower right frame, below the prominent cliffs that separate Aten from the brighter Babi region.

In the two lower frames, the Imhotep region on the underside of the larger lobe is cast in shadow. Portions of Babi, Khepry, and Ash are visible on the larger lobe, and parts of Ma’at and Bastet can be seen on the smaller lobe.

You can find regional maps of Comet 67P/C-G here and here to help you find your way around the images. 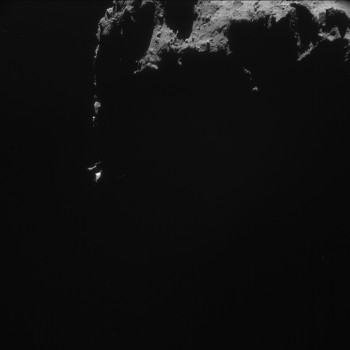 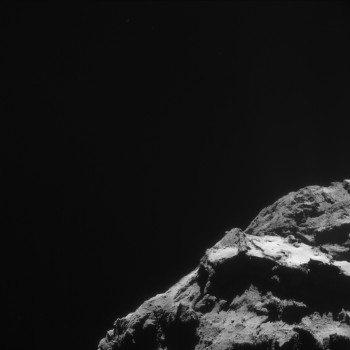 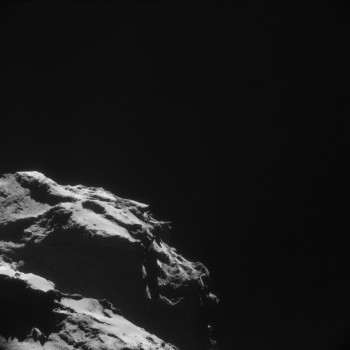 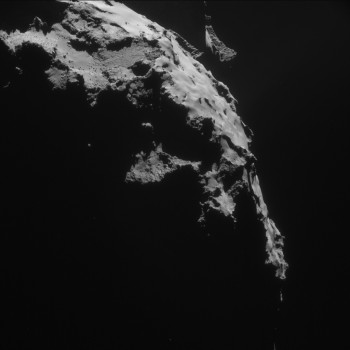