Today’s CometWatch mosaic comprises images taken by Rosetta’s navigation camera (NAVCAM) on 18 January, from a distance of 28.4 km from the centre of Comet 67P/Churyumov-Gerasimenko. The image resolution is 2.4 m/pixel and the individual 1024 x 1024 frames measure 2.5 km across. The mosaic is slightly cropped and measures 3.7 x 4.0 km. 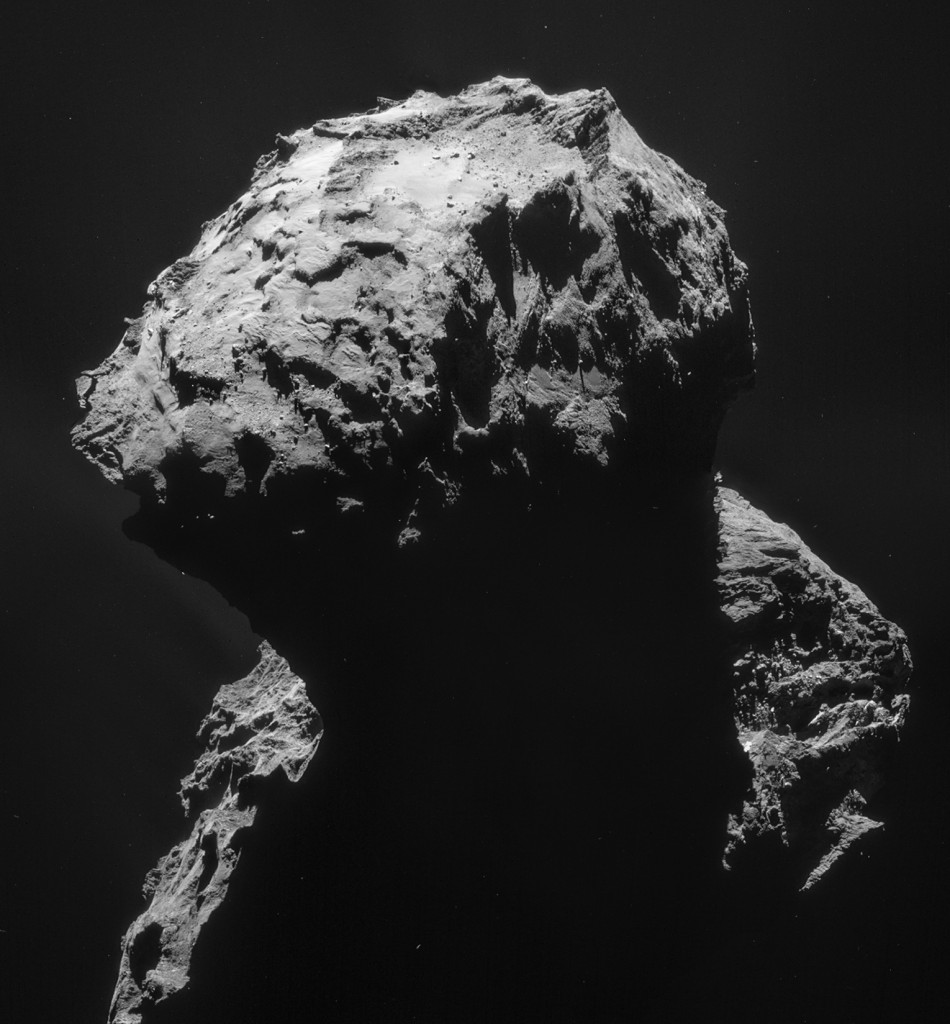 Four image mosaic comprising images taken on 18 January 2015 by Rosetta’s Navigation Camera (NAVCAM). Rotation and translation of the comet during the imaging sequence make it difficult to create an accurate mosaic, and there may be some spurious spatial and intensity features as a result of the mosaic-making sequence, so always refer to the individual frames before performing any detailed comparison or drawing conclusions about any strange structures or low intensity extended emission. Credits: ESA/Rosetta/NAVCAM – CC BY-SA IGO 3.0

The mosaic focuses on the smaller of the comet’s two lobes, with the shallow, 1 km wide depression we now know to be called Hatmehit situated towards the top. Bordering Hatmehit are the Ma’at, Maftet and Bastet regions (refer to the maps here and here to get oriented with Comet 67P/C-G’s geography).

The flanks of the comet’s larger lobe can be seen in the background of this mosaic, while much of the foreground is dominated by shadow. 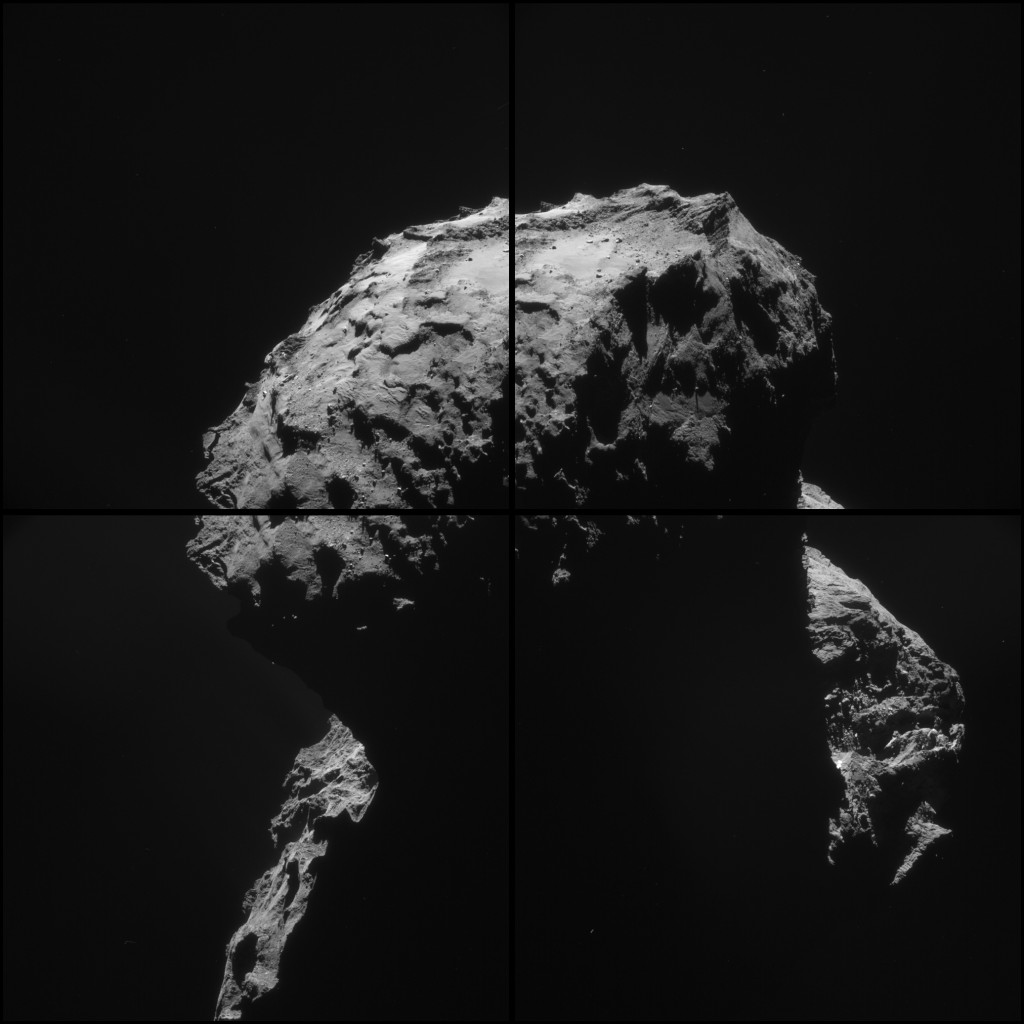 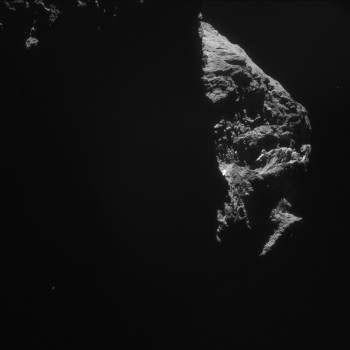 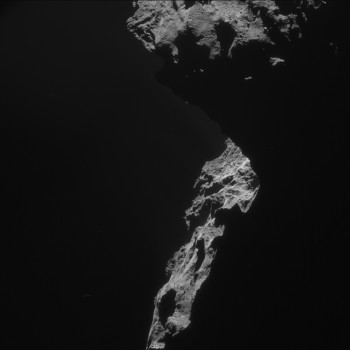 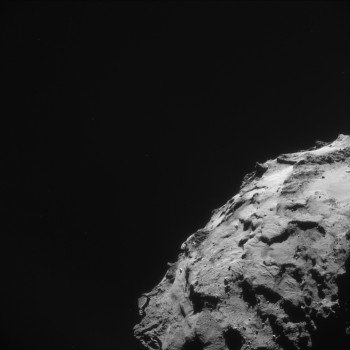