This four-image mosaic comprises images taken from a distance of 28.4 km from the centre of Comet 67P/Churyumov-Gerasimenko on 16 January. The image resolution is 2.4 m/pixel and the individual 1024 x 1024 frames measure 2.5 km across. The mosaic is slightly cropped and rotated, and measures 4.5 x 4.2 km. 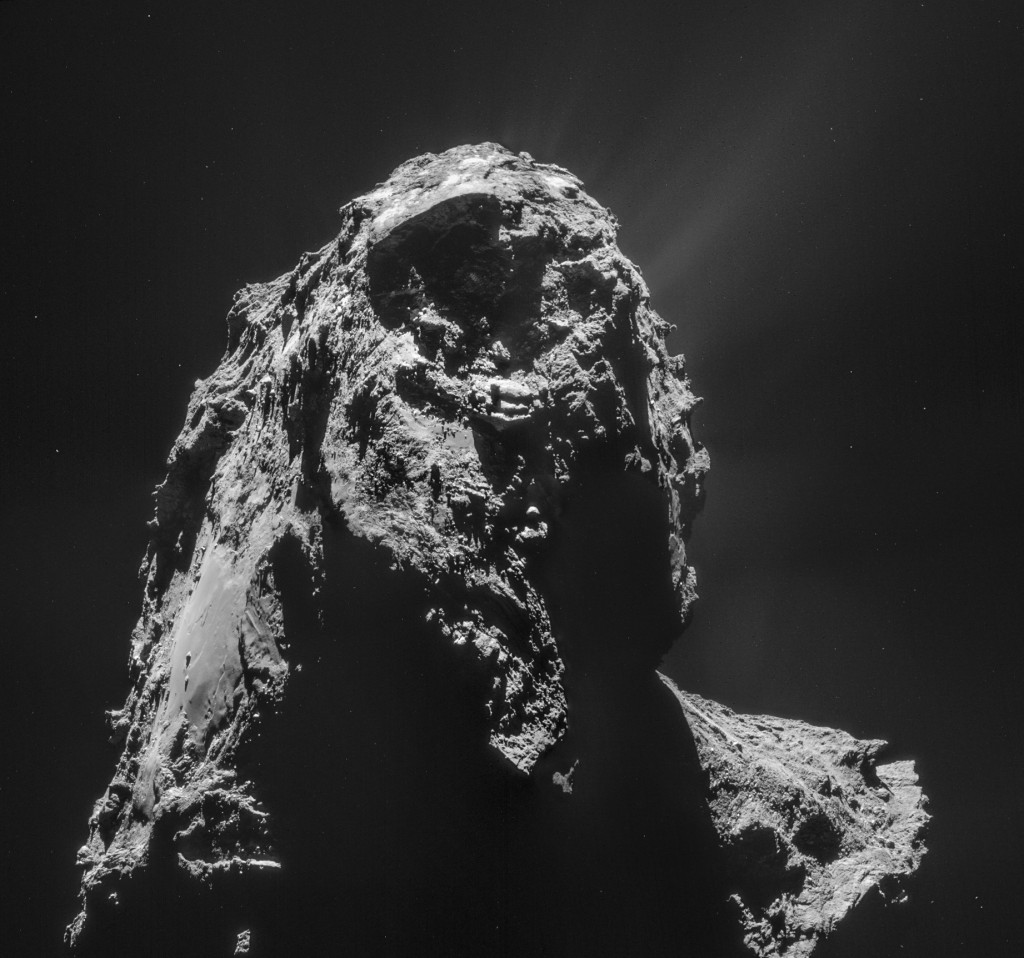 Four image mosaic comprising images taken on 16 January 2015 by Rosetta’s Navigation Camera (NAVCAM). Rotation and translation of the comet during the imaging sequence make it difficult to create an accurate mosaic, and there may be some spurious spatial and intensity features as a result of the mosaic-making sequence, so always refer to the individual frames before performing any detailed comparison or drawing conclusions about any strange structures or low intensity extended emission. Credits: ESA/Rosetta/NAVCAM – CC BY-SA IGO 3.0

The image portrays 67P/C-G from an unusual angle, providing a side view onto the Imhotep region, home to Cheops and its neighbouring boulders on the underside of the comet’s larger lobe (left hand side of the image). At the same time, the rough terrains and cliffs on the transition region between the comet’s neck and its smaller lobe can also be seen, steeply declining towards the well-defined edge in the lower right corner of the image.

While the curious orientation of the comet in this image is similar to that of the 2 November CometWatch, a slightly different illumination reveals a wealth of surface details on one of the sides of the larger lobe (in the foreground in this image) that were previously hidden.

Among the interesting features that now stand out are what appears to be a series of almost parallel structures visible just above the image centre and, below them, a secluded pocket of smooth terrain punctuated with a few boulders. Also in contrast to the 2 November view, we can now see the crisp outline of the comet’s larger lobe and signs of cometary activity towards the top left of the image. 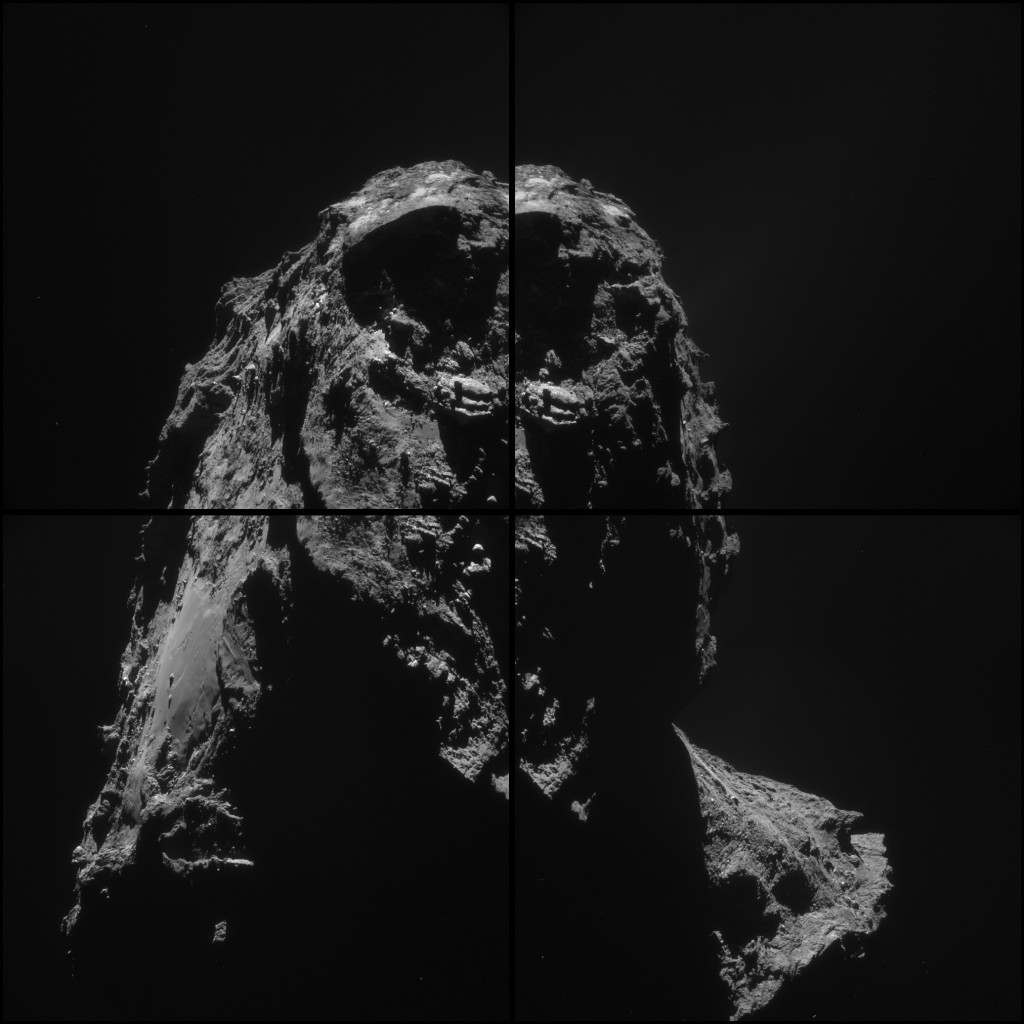 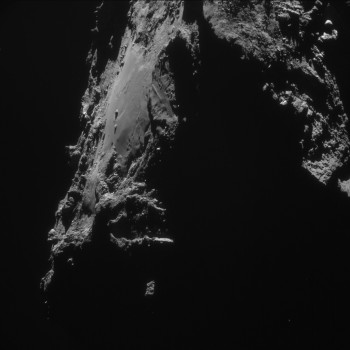 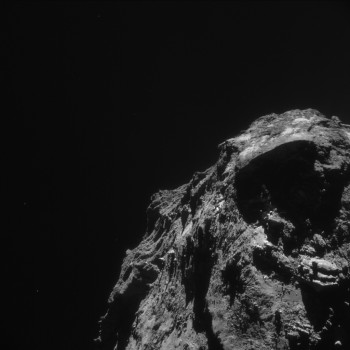 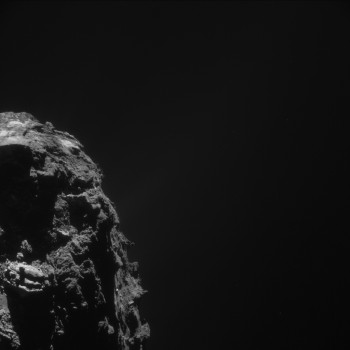 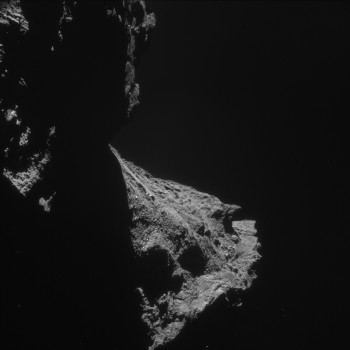