This four-image mosaic comprises images taken by Rosetta’s NAVCAM on 7 December from a distance of 19.7 km from the centre of Comet 67P/Churyumov-Gerasimenko. 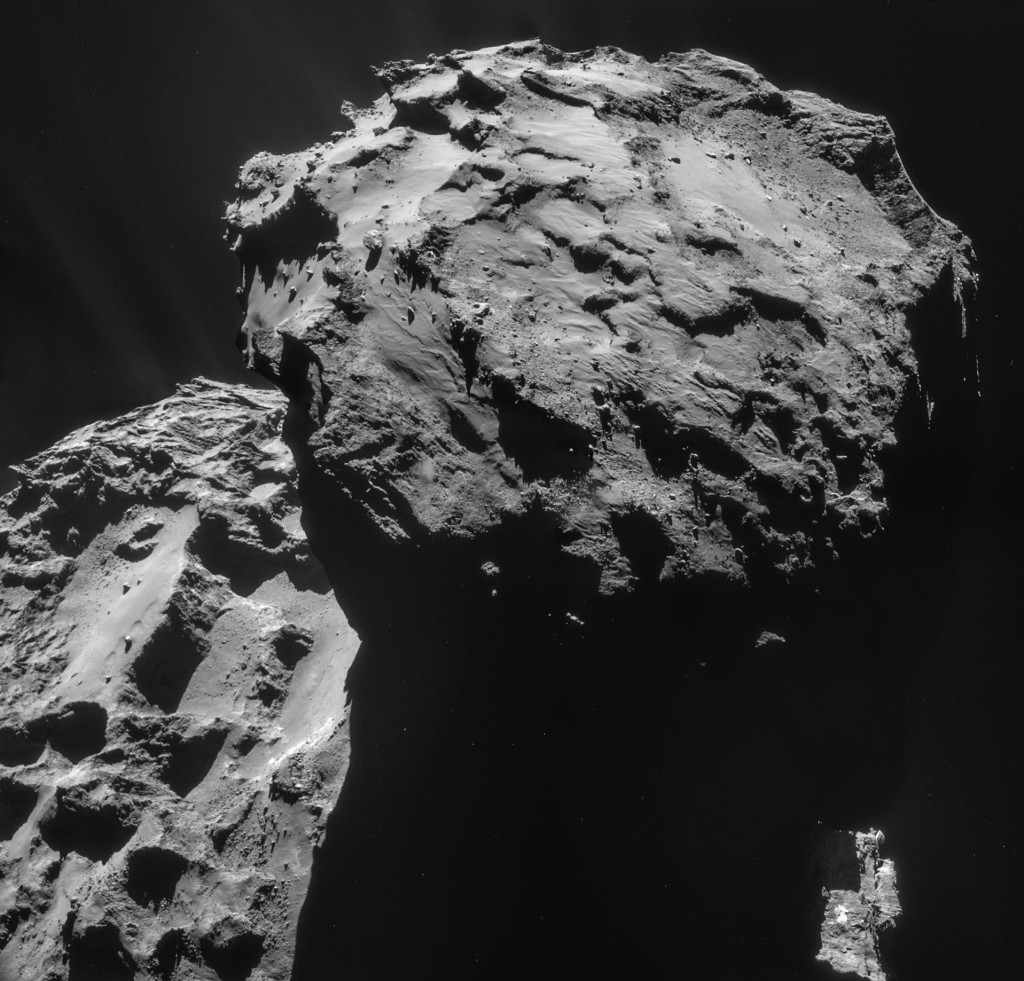 As usual, before interpreting the mosaic, do check the original frames (provided below), because the rotation and translation of the comet during the image sequencing makes it difficult to create an accurate mosaic. In this particular instance, some distortion terms were introduced to make the mosaic, albeit still leaving a slight mismatch error at one of the peaks on the top edge of the mosaic.

Internal scattering in NAVCAM also leads to some spurious broad intensity features and thus some cleaning has been applied to lower the impact of the scattering and make the boundaries between images continuous. So, be cautious in pushing the intensities too far to look at very faint features: there will be some artefacts. 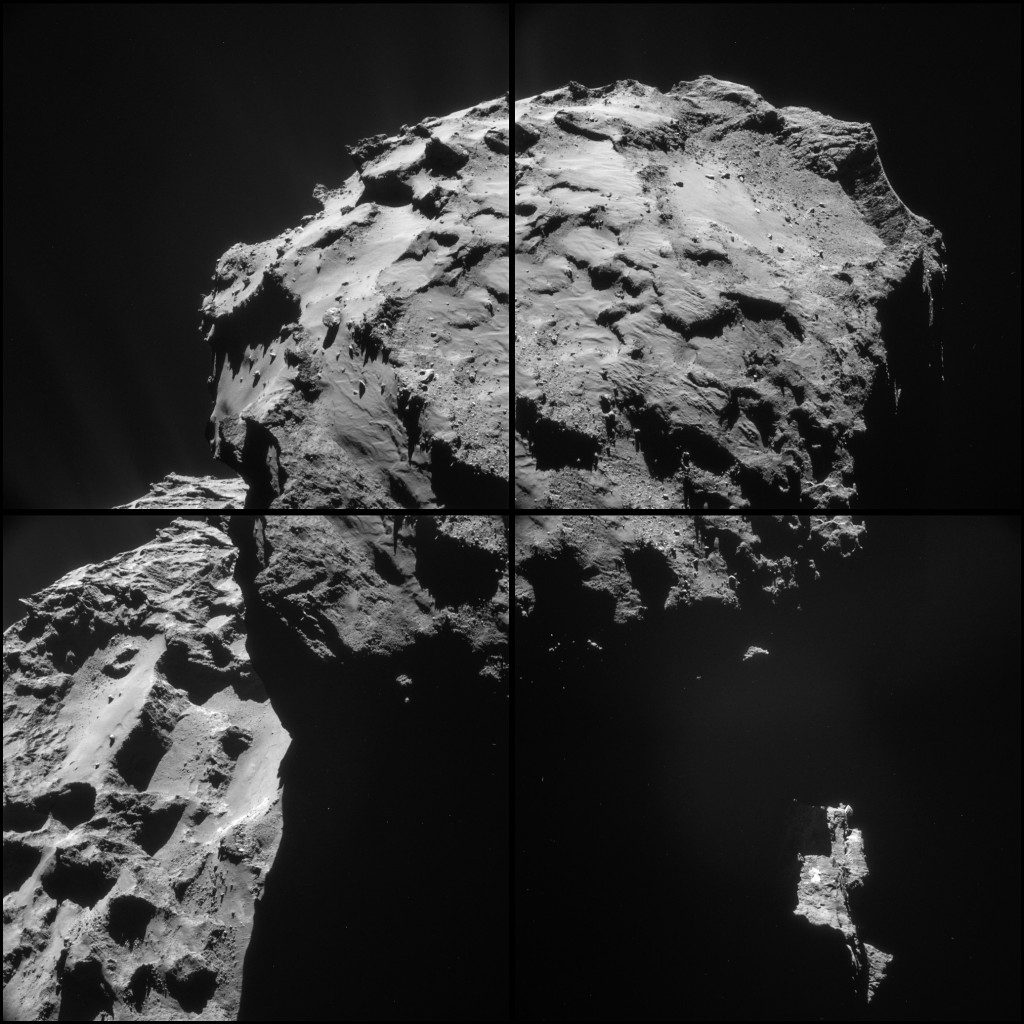 The scene shows a great side-on view of the inside rim of the large depression on the smaller of the comet’s lobes (far top right). This viewing angle highlights two different surface textures visible inside the depression – the right hand side (in this orientation) seemingly dominated by rougher terrain and the majority of boulders, while the left hand side is apparently much smoother. Finally, streams of dust and gas can be seen rising from both the large (lower left) and small (upper right) lobes of the comet.

The site at which Philae first touched down is also visible in the top right frame (see here for a labelled image). 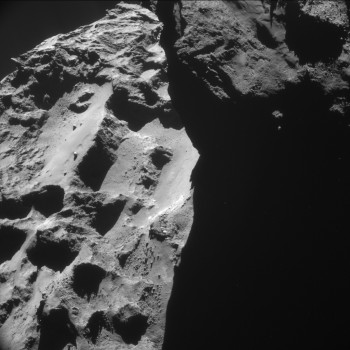 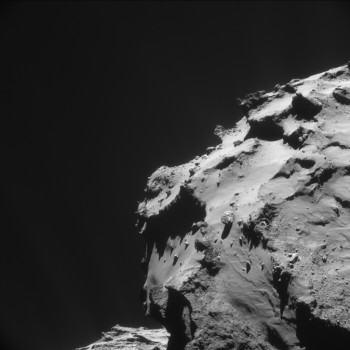 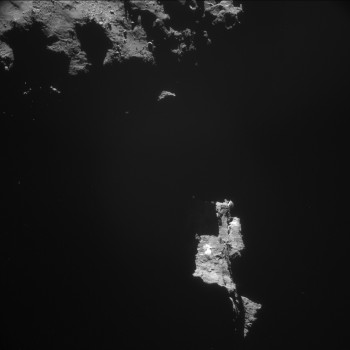 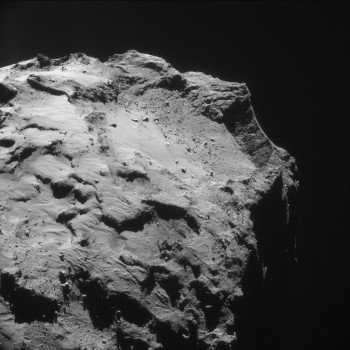