This four image montage comprises images taken with Rosetta’s NAVCAM on 30 November from a distance of 30.2 km from the centre of Comet 67P/Churyumov-Gerasimenko. The image resolution is 2.6 m/pixel and each original 1024 x 1024 pixel frame measures just over 2.6 km across. 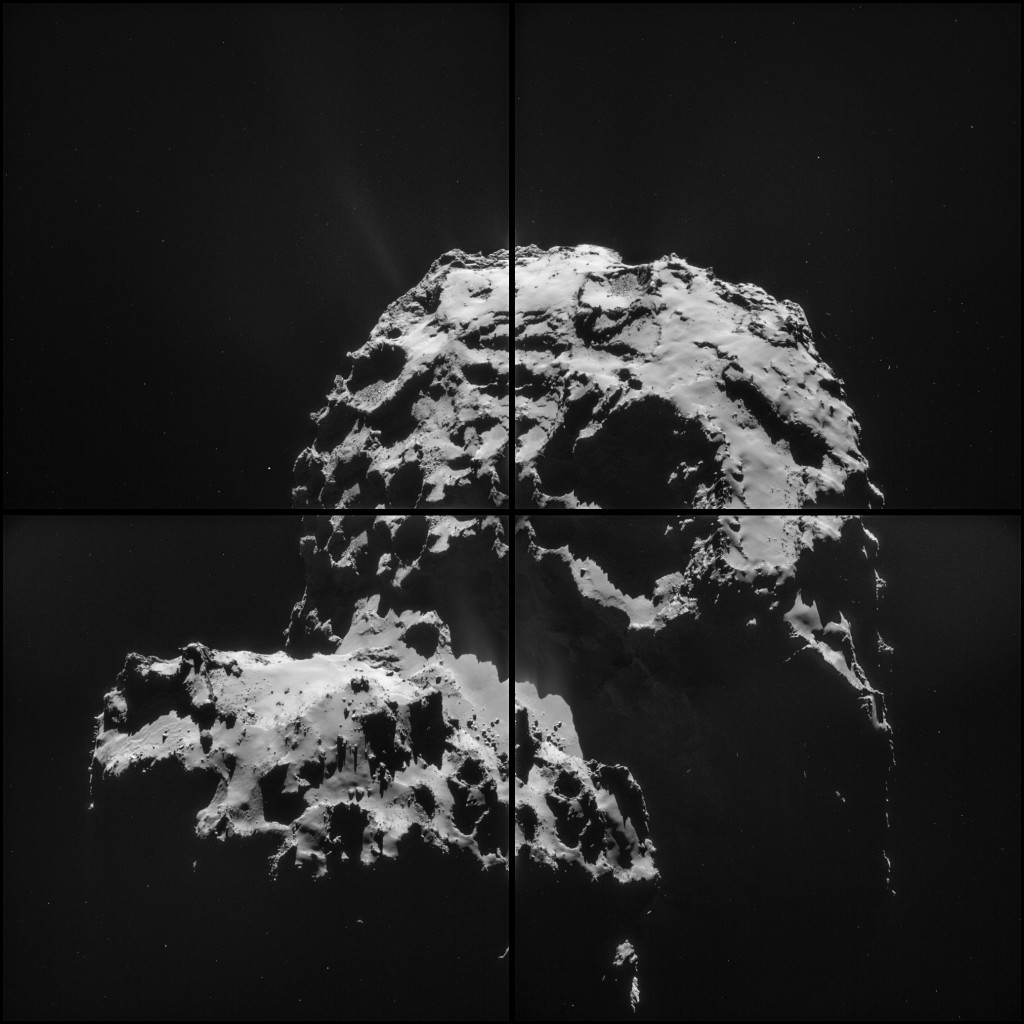 In this orientation, the smaller of the two comet lobes is in the lower left of the montage, with the larger lobe occupying the upper frames as well as the lower right frame, albeit mostly cast in shadow.

The view affords a particularly nice view down onto the ‘neck’ region of the comet, where low plateaus of material with layered walls appear to rise from the smoother material that surrounds them. Similarly, some of the boulder-like features seen in the foreground of the scene have the appearance of being exposed from the underlying surface, partially covered by the finer-grained material.

In the far left of the lower left frame, this fine-grained material appears to have been shaped into a beautiful rippled pattern; perhaps as result of the underlying topography and/or due to differences in erosion by sublimation across the surface.

Due to rotation and translation of the comet during the image-taking sequence, it is again difficult to make an accurate mosaic of this set. Evidence for this can be seen in the neck region, where the shadows and fraction of the boulder field visible have clearly changed between the first (lower-left) and last (lower-right) images.

Also, stretching the contrast reveals some details in the shadowed regions, as well as some fine jet-like structures from the upper limb of the main body. But at high contrast, internal scattering in the NAVCAM optics also becomes apparent, in the form of large-scale diffuse blobs. These also make it difficult to mosaic well. 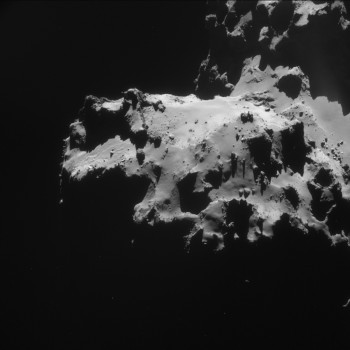 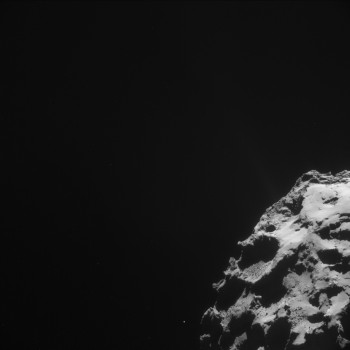 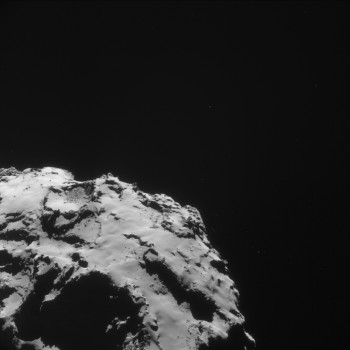 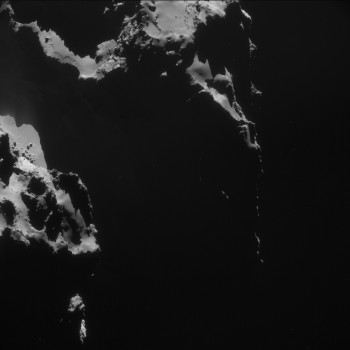