This four-image montage comprises images taken on 26 November from a distance of 30.1 km from the centre of 67P/Churyumov-Gerasimenko. The image resolution is 2.4 m/pixel so each original 1024 x 1024 pixel frame measures about 2.5 km across. 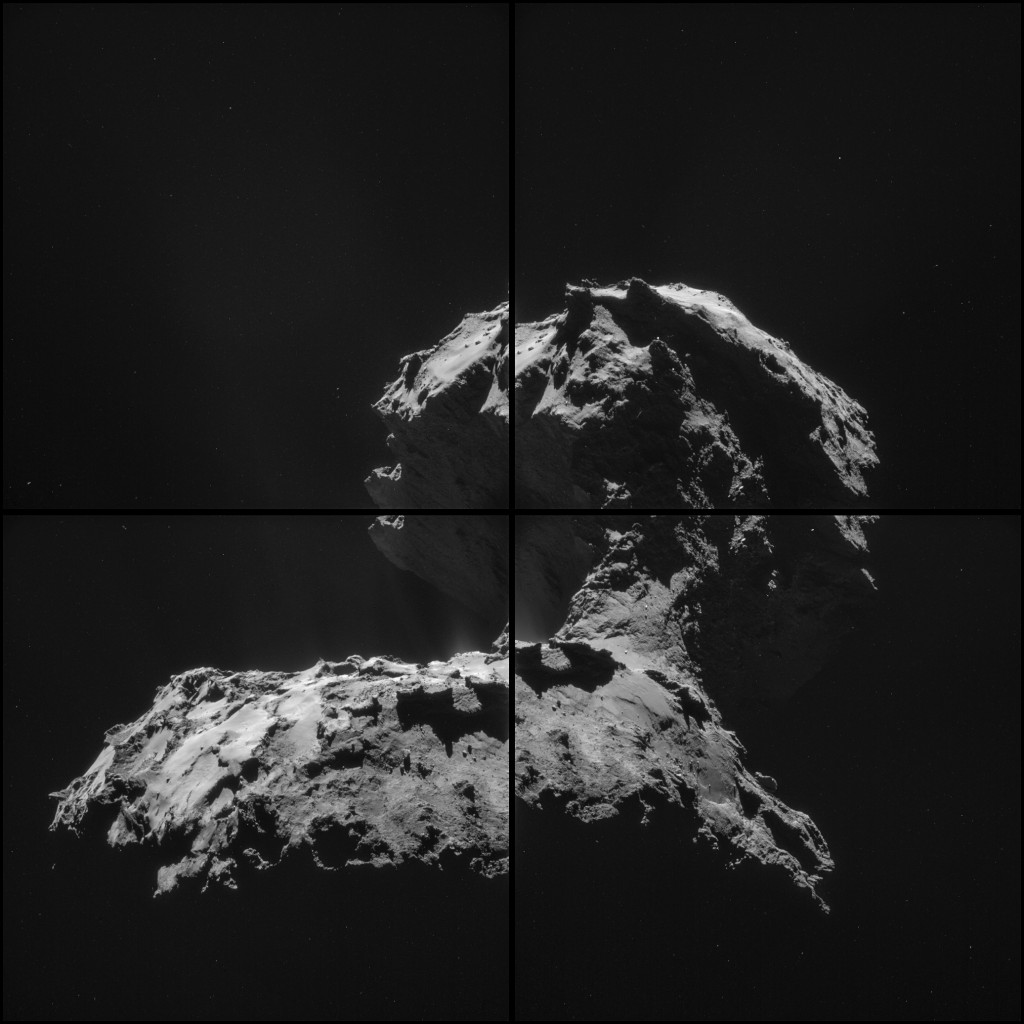 A quick look at the lower-left and lower-right images (first and last in the sequence) will rapidly reveal that the rotation of the comet has been substantial in the twenty minutes that passed between the two images being taken, meaning that mosaicking tools are likely to introduce some serious artefacts. For example, look at how the shadows have changed around the distinctive U-shaped feature close to the boundary between the two lower frames.

The comet continues to show outflows of gas and dust, which are even more evident in the higher contrast version of the montage provided below. This higher contrast version also brings out the details of some of the shadowed regions, such as the steep cliffs that rise up to the large depression on the smaller of the comet’s two lobes.

The higher contrast montage also highlights some scattering artefacts (e.g. the rounded feature in the top left frame) and vignetting (centre of the montage). 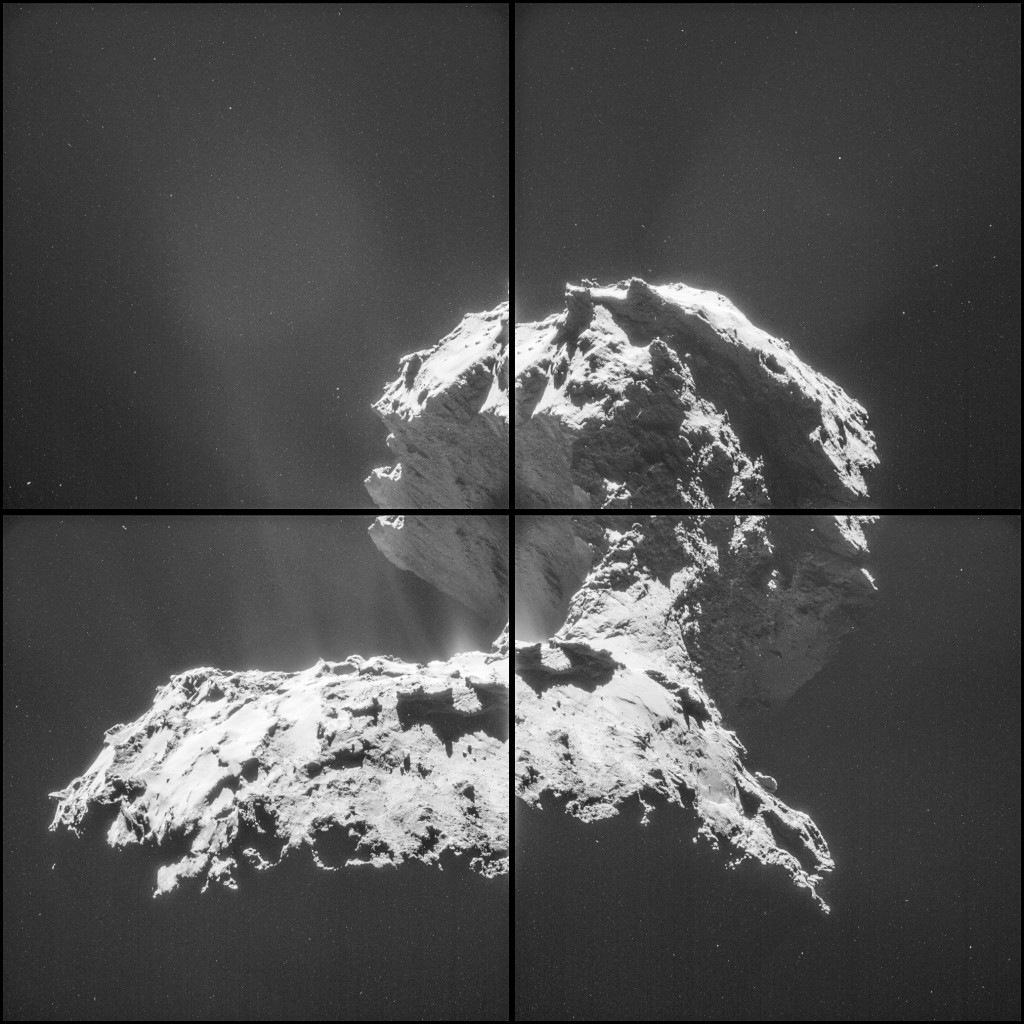 The original four frames are provided below: 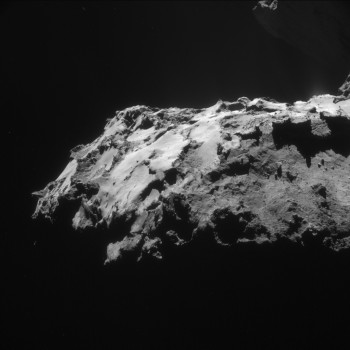