This four-image montage comprises images taken of Comet 67P/Churyumov-Gerasimenko on 20 November, from a distance of 30.5 km from the centre of the comet. The image resolution is 2.59 m/pixel, so each 1024 x 1024 frame measures 2.66 km across. The four images making up the montage are provided at the end of the post. 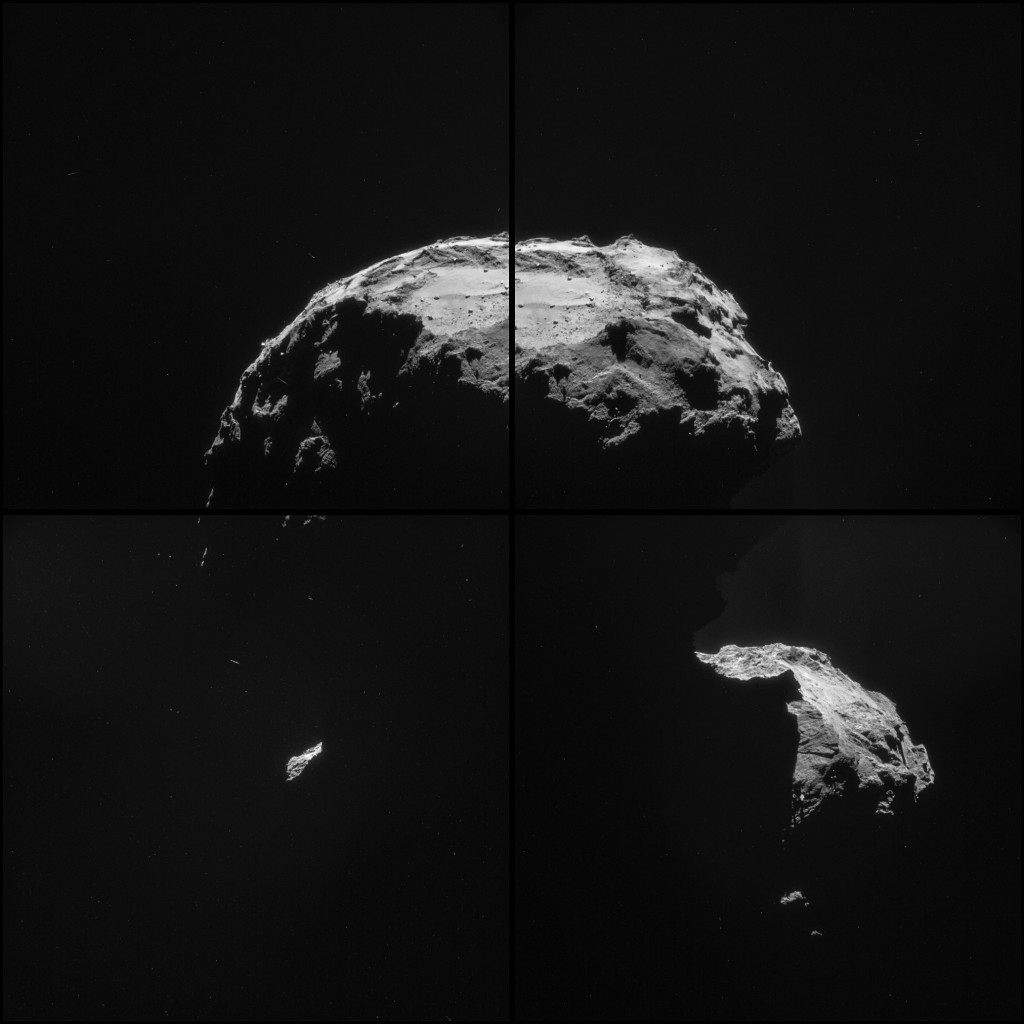 The montage has been lightly processed, pushing the contrast a little to bring out some of the shadowed regions. There appear to be some background artefacts due to internal scattering or ghosting that shouldn’t necessarily be interpreted as real coma features. The high dynamic range in these images may cause problems in some mosaicking tools. Note that the processing of the raw frames has been updated to eliminate a false grey level offset.

The image montage focuses on the large depression on the smaller of the comet’s two lobes, and includes the region that is the focus of the search efforts for lander Philae. Using the CONSERT experiment that is onboard both Rosetta and Philae, the search is focused on a region close to the rim of the depression (see our previous blog post Homing in on Philae’s final landing site to see the region in question). Higher resolution imaging with the OSIRIS camera is expected to identify the final location of the lander.

The montage shown here also presents part of the ‘dark’ unseen side of the comet, currently cast in shadow because it is facing away from the Sun. As the comet gets closer to and moves around the Sun along its orbit next year (perihelion is on 13 August 2015) then this side will become fully illuminated. 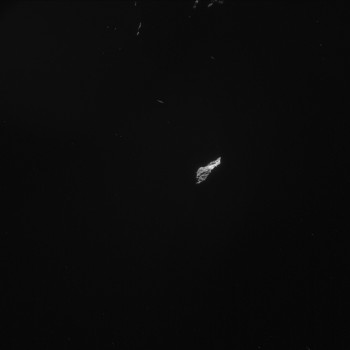