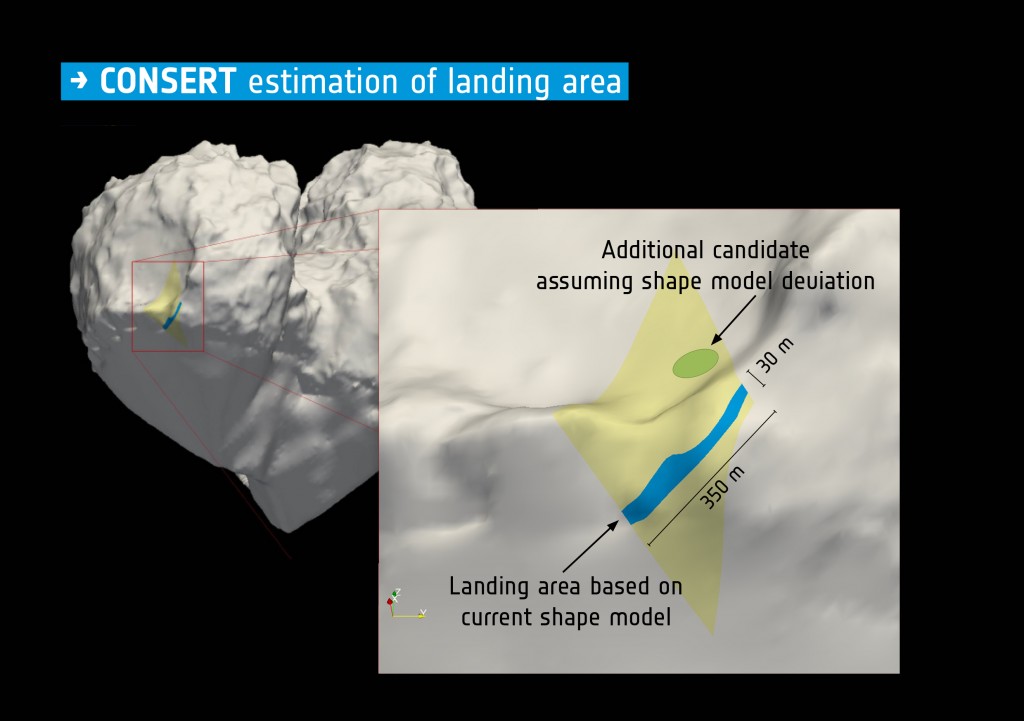 CONSERT, or the Comet Nucleus Sounding Experiment by Radio wave Transmission, is an experiment that works between the Rosetta orbiter and the Philae lander. It works by transmitting radio signals from the orbiter to the lander, and when the geometry is right, the signals pass through the nucleus of the comet, allowing its interior to be analysed.

The signals are received on the lander, where some data is extracted, and then immediately a new signal is transmitted back to the orbiter, where the main experimental data collection occurs. As the radio waves pass through different parts of the cometary nucleus, variations in propagation time and amplitude occur, and these can be used to determine various properties of the internal material and carry out a form of ‘tomography’.

But CONSERT is also being used to help identify the location of the lander, in combination with work performed by ESOC Flight Dynamics, the Philae lander team, the ESA Rosetta Science Ground Segment, and the OSIRIS camera team. 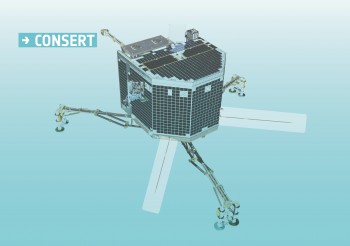 By making measurements of the distance between Rosetta and Philae during the periods of direct visibility between orbiter and lander, as well as measurements made through the core, the team have been able to narrow down the search to the strip presented in the image shown above. The determination of the landing zone is dependent on the underlying comet shape model used, which is why there are two candidate regions marked.

Planned high-resolution imaging by OSIRIS will be used to study the CONSERT predicted area.

The CONSERT team also need to know where Philae is before they can fully analyse their scientific data.