We’ve just finished the first media briefing in the Press Centre at ESOC. 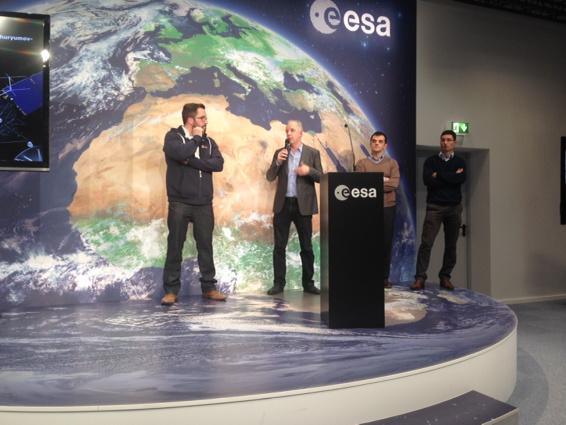 In summary, everything is in great shape and we are counting down to an exciting and crucial delivery day. 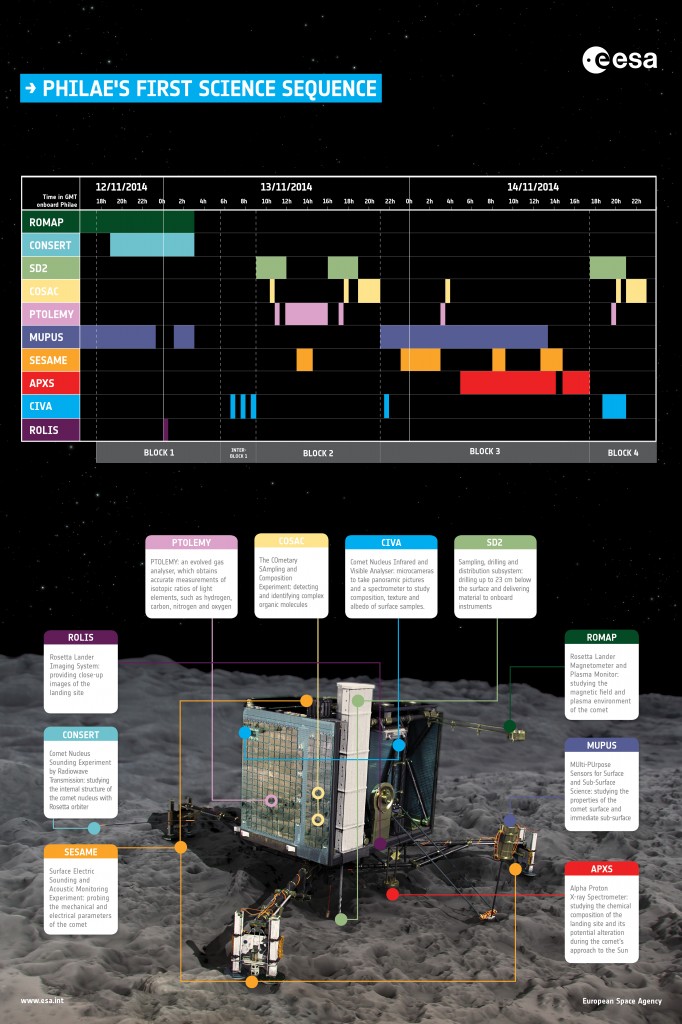 A timeline of the science operations that Rosetta’s lander Philae will perform during the first 2.5 days on the surface of Comet 67P/Churyumov–Gerasimenko. Credit: ESA