Enjoy this unusual NAVCAM view of the comet, seen at an angle which features the larger lobe of the comet. It connects the region containing the boulder Cheops in the lower-left, up and over the comet’s neck, to the smaller lobe at lower-right.

The mosaic comprises four individual NAVCAM images taken from 33.4 km from the comet centre on 2 November. The image resolution is 2.68 m/pixel and thus each original 1024 x 1024 pixel frame measured 2.7 km across. The mosaic has been slightly rotated and cropped and covers 4.1 x 4.1 km: some contrast enhancement has been applied.

As always, rotation of the comet and movement of the spacecraft as the sequence of images was taken means that there are slight changes in illumination and perspective from one to the other, so the mosaic may not be perfectly accurate.

The four individual images are also provided below: 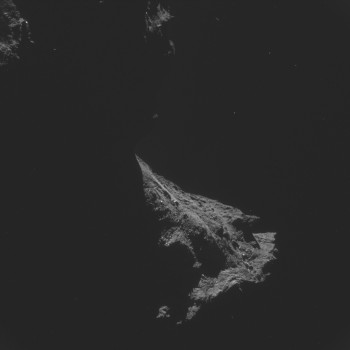 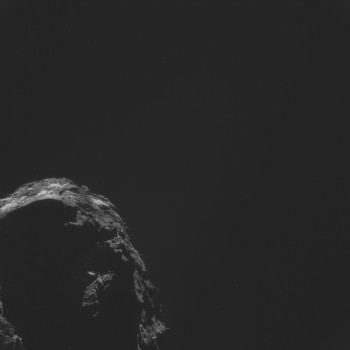 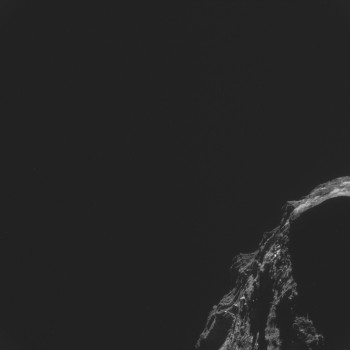