While we wait for the announcement of Site J’s new name (expected later today), the NAVCAM mosaic presented in this blog post shows the landing site as Rosetta left its 10 km orbit last week in order to prepare for the deployment of Philae on 12 November. 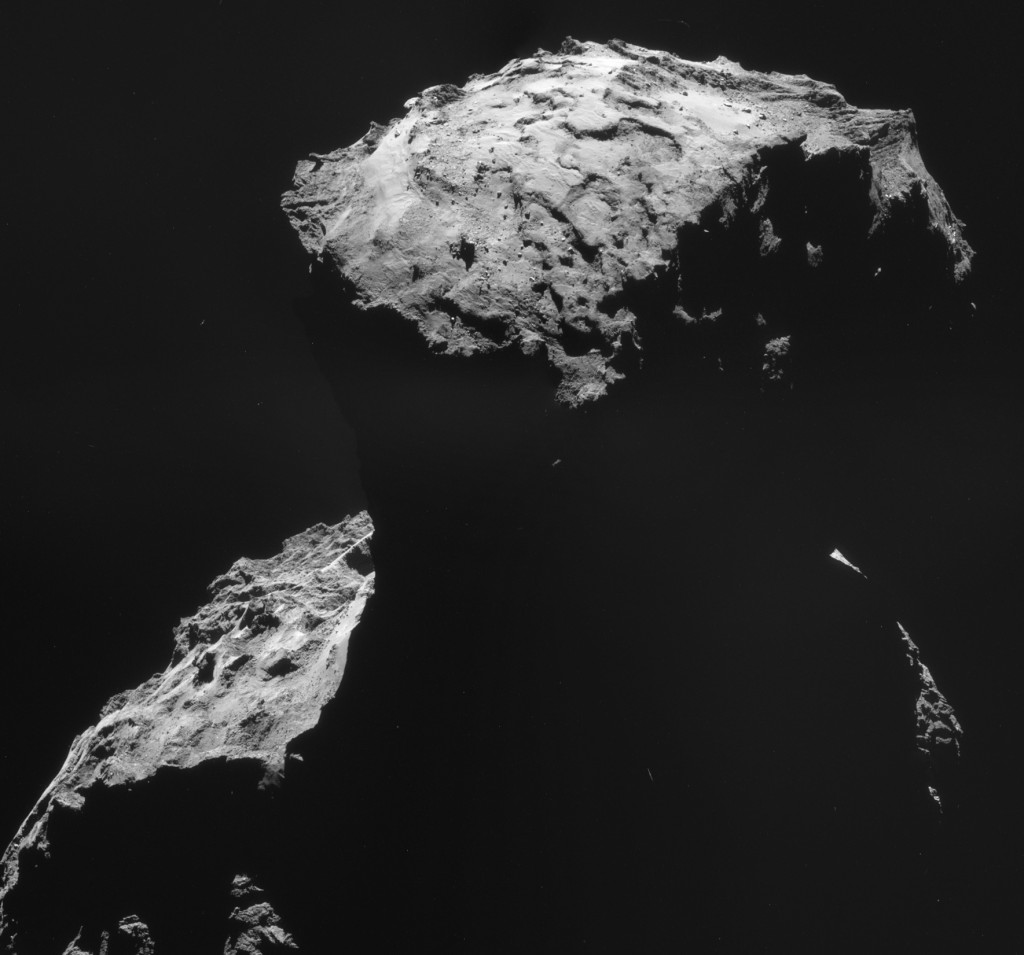 The mosaic comprises four individual NAVCAM images taken on 30 October when the spacecraft was 26.8 km from the centre of the comet. The image resolution at this distance is 2.27 m/pixel, and thus each 1024 x 1024 frame covers 2.3 km at the comet. The slightly cropped mosaic covers 4.0 x 3.7 km.

Even at this increased distance from the nucleus, the time between the four NAVCAM images means that it is difficult to make a completely accurate mosaic. Thus, as always, caution is needed in interpreting some features on the surface and faint emission around the nucleus. As usual, the four individual images are also provided.

The centre of the landing site is located roughly in the top centre, close to the horizon in this viewing angle; check against this image to help with orientation. The large depression that characterises the smaller lobe of the comet can be seen in the right-hand side at top right, while parts of the larger lobe can be seen in the lower half, with the still unseen portion of the comet again cast in dramatic shadow.

Note that with this post, we are now releasing all NAVCAM images under a Creative Commons licence (see the credit line), as explained in more detail in an accompanying blog post. 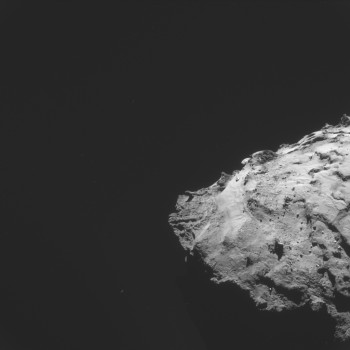 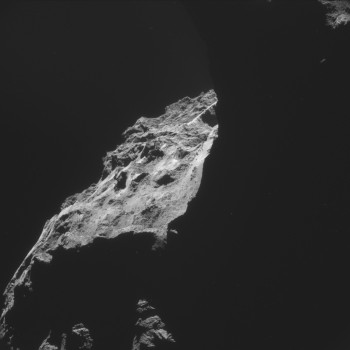 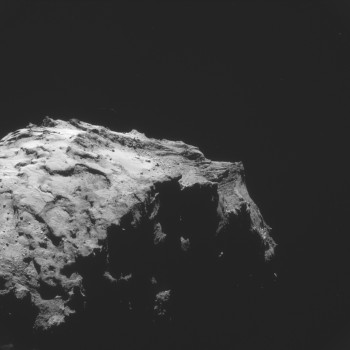