This four-image NAVCAM montage comprises images taken on 28 October – shortly before moving to the pre-lander delivery orbit – from a distance of 9.7 km from the centre of comet 67P/C-G, or roughly 7.7 km from the surface.

The corresponding image scale is about 65 cm/pixel, so each 1024 x 1024 pixel frame is about 665 m across. The montage has been slightly tweaked and the central vignetting reduced. The four original frames are provided at the end of the post. 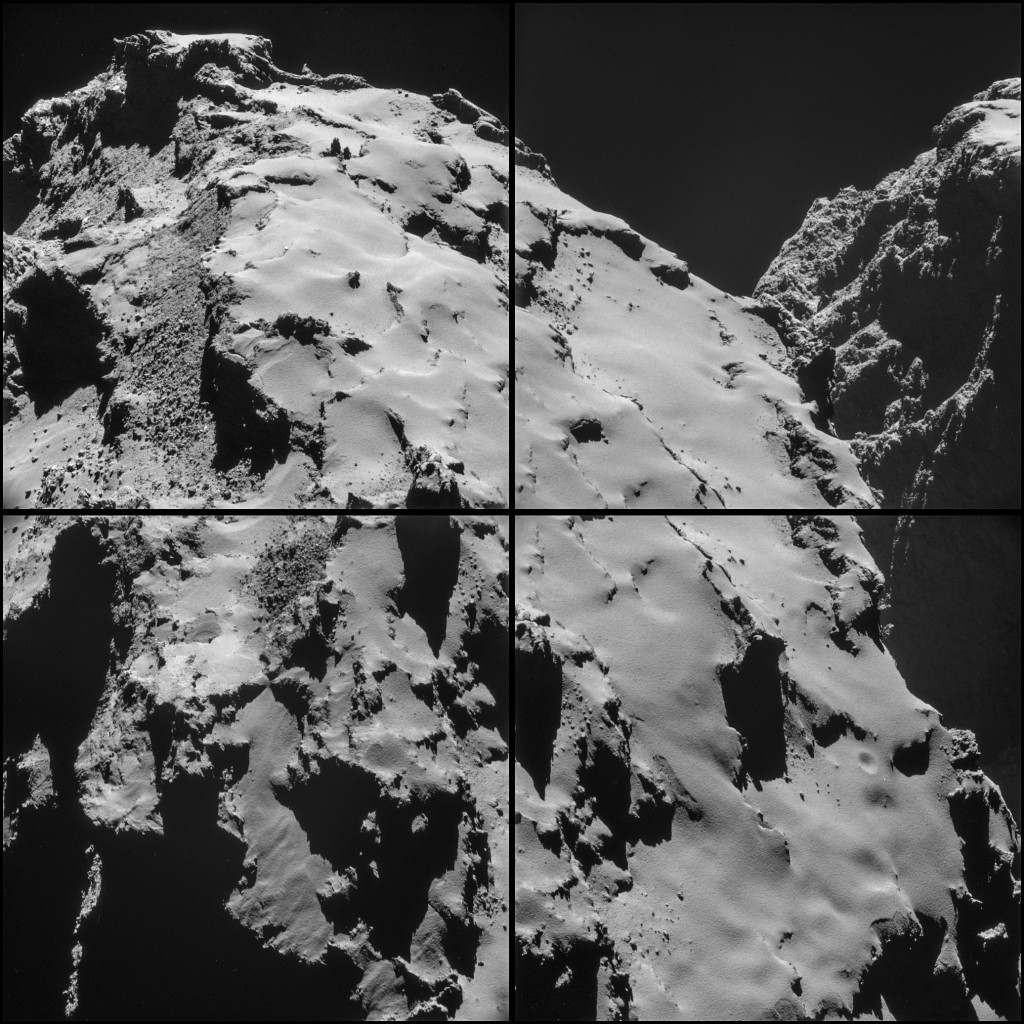 The montage nicely ‘joins the dots’ with the region presented in the  8 October montage.

Given the peculiar low-density, low-gravity nature of a comet, it is perhaps dangerous to make direct analogies with Earth-like features and processes. But until we have the science team’s analysis of what they think is actually happening on this comet, analogies might nevertheless still provide a useful way of trying to decipher what we are seeing.

In a number of places in this region, there is an impression that the prevalent dusty material covering the surface is not particularly stable and that it occasionally gives way, perhaps in a similar way that snow on a mountain side may become dislodged, giving rise to an avalanche or, alternatively, a rockfall or landslide. For example, look in the lower third of the top left image. There you’ll see what looks like a crack close to the edge of the cliff, suggesting that this portion might eventually collapse, similar to the way a snow cornice on a mountain ridge peels away. This feature is also visible in the 8 October image.

Another example can be seen in the lower right corner of the bottom right image, where material appears to have slid over the edge of a cliff.

On Earth, avalanches are typically triggered by an increased load, leading to the mechanical failure of a slab of material under gravity, or due to melting snow as a result of increased solar radiation. On a comet, presumably the latter process is more likely to occur, with sublimation-based erosion acting to weaken the surface material, resulting in a collapse. 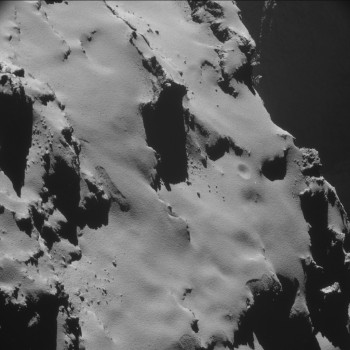 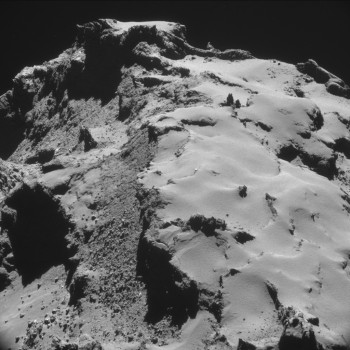 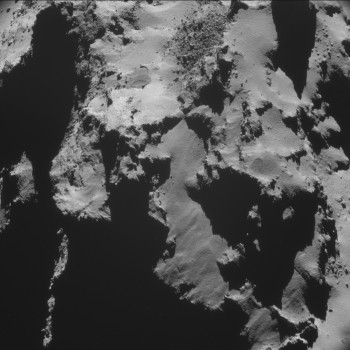 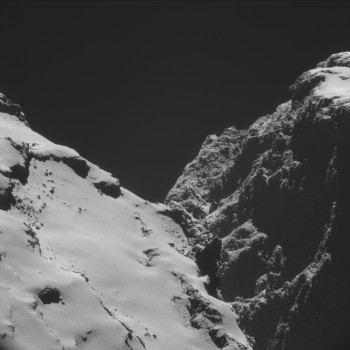