This four-image NAVCAM montage comprises images taken on 18 October from a distance of 9.8 km from the centre of comet 67P/C-G – about 7.8 km from the surface. The four 1024 x 1024 pixel images making up the montage are provided at the end of this post. 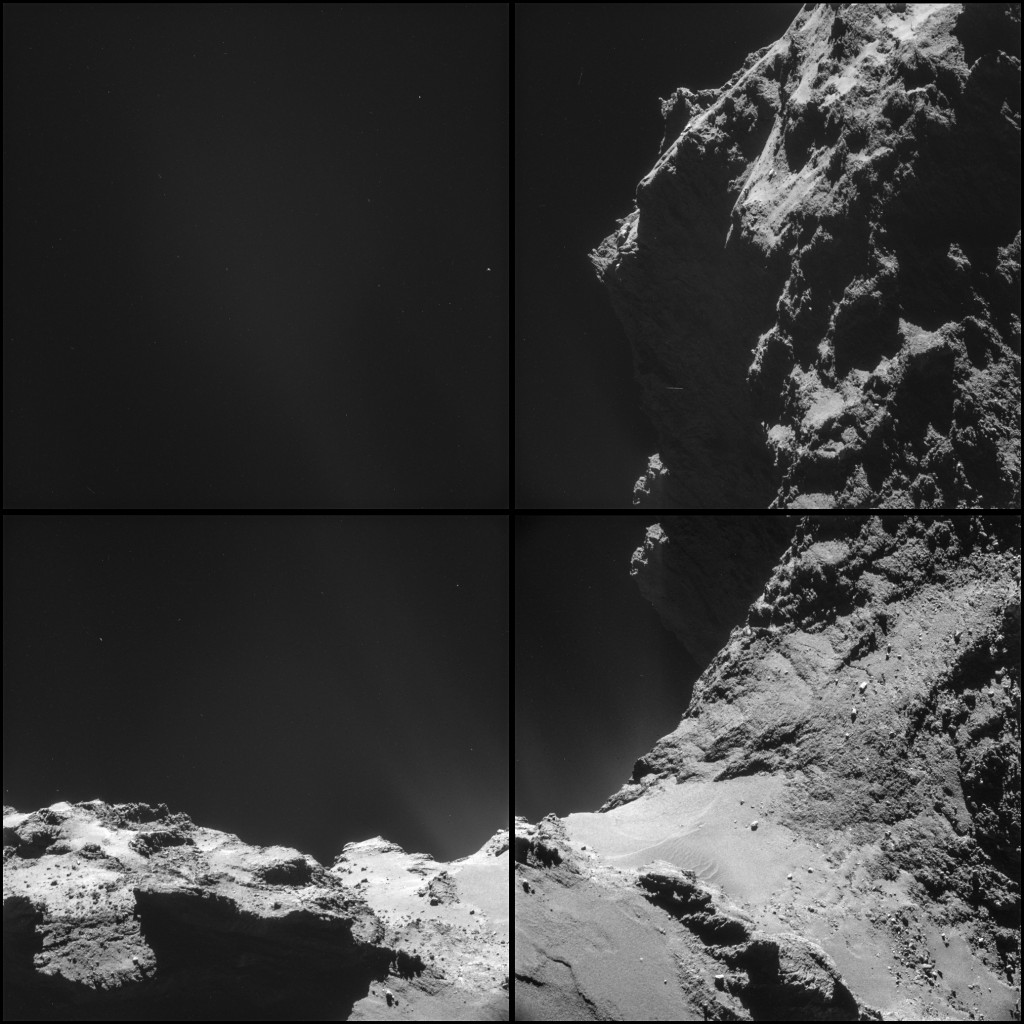 Comet 67P/C-G on 18 October, from a distance of 9.8 km from the centre of the comet.
Credits: ESA/Rosetta/NAVCAM

In this orientation, the larger lobe of the comet is to the left, the smaller lobe to the right. The image highlights the features of the comet’s neck, including the active region (you might like to compare with the previous, more distant, view of 26 September). A fracture-like feature seen in the 19 September image is also visible in this montage, about 1/3 down from the top of the lower right frame. In the same frame, we also have a much closer look at a group of boulders, some of which appear to be more like protrusions, perhaps exposed by the removal of surrounding material.

Elsewhere, and particularly in the upper frames, you may notice a number of bright streaks. Some of these will likely be dust grains ejected from the comet, captured in the six-second exposure time of the images. 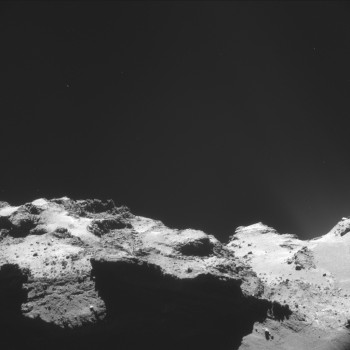 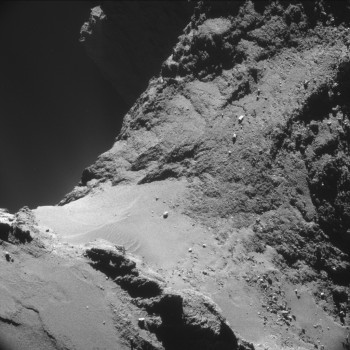 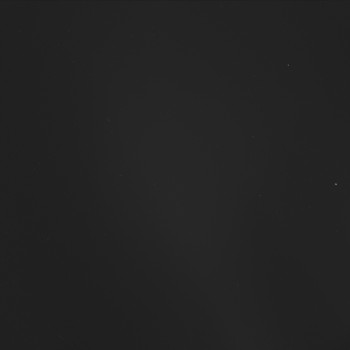 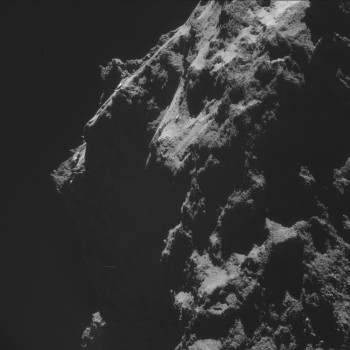