CometWatch checks up on Cheops

This four-image NAVCAM montage comprises images taken on 8 October from a distance of 16.9 km from the centre of comet 67P/C-G, so roughly 15 km from the surface. 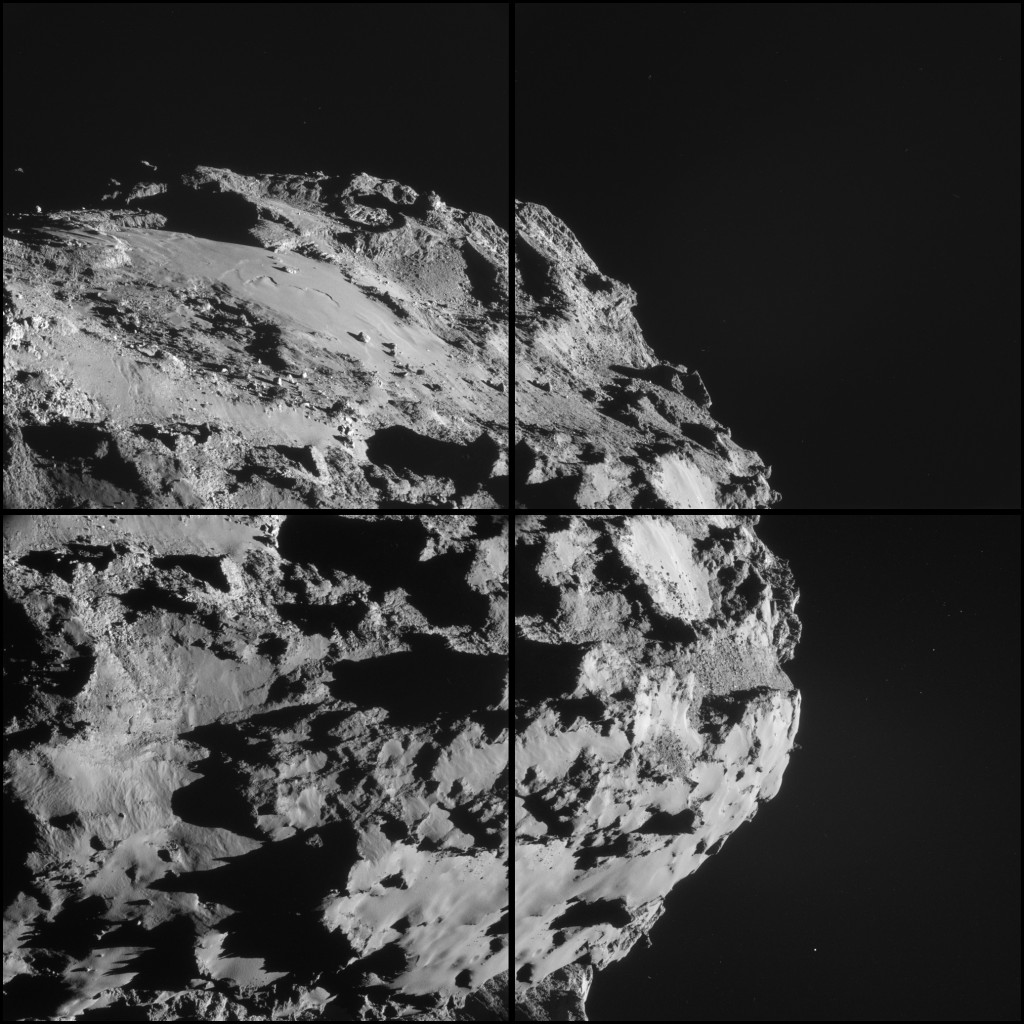 Comet 67P/C-G on 8 October, from a distance of 16.9 km from the centre of the comet. Credits: ESA/Rosetta/NAVCAM

The view covers the bottom and side of the larger lobe of the comet, and highlights the large, smooth region that is home to a number of large boulders, including ‘Cheops’, as seen in yesterday’s close-up view from OSIRIS.

The NAVCAM image scale at this distance is about 1.25 metres/pixel, so each 1024 x 1024 pixel frame is nearly 1.3 km square (the four full-resolution individual images making up the montage are provided at the end of this post). The montage has been rotated 90 degrees clockwise to place the region containing Cheops at the top for emphasis; the four individual frames are in the original orientation.

When seen in this side-on view, Cheops appears much more like its Egyptian pyramid namesake and has a height of approximately 25 metres, compared with a width of 45 metres as seen from above in yesterday’s OSIRIS image. For reference, the real Pyramid of Cheops at Giza is 139 metres high and 230 metres across at the base.

Be sure to let your eye trace around the profile of the comet, too, and take in some great new views of dramatic cliffs and ‘spires’. 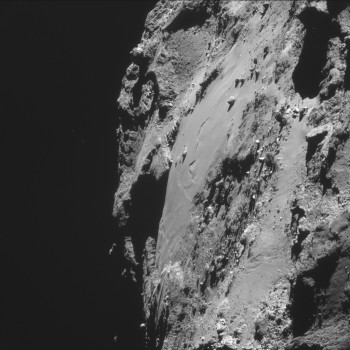 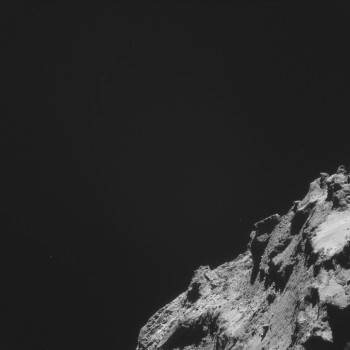 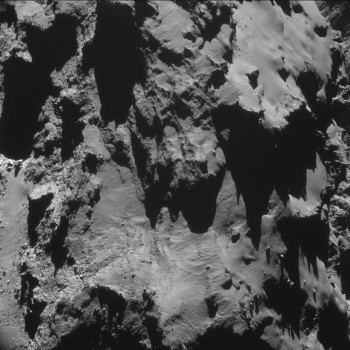