CometWatch – focus on the ‘neck’

This four-image NAVCAM montage, comprising images taken on 2 October from a distance of 19 km from the centre of 67P/C-G, provides a stunning view onto the ‘neck’ region of the comet. The image scale is 1.45 metres/pixel, so each 1024 x 1024 pixel frame is about 1.5 km square. 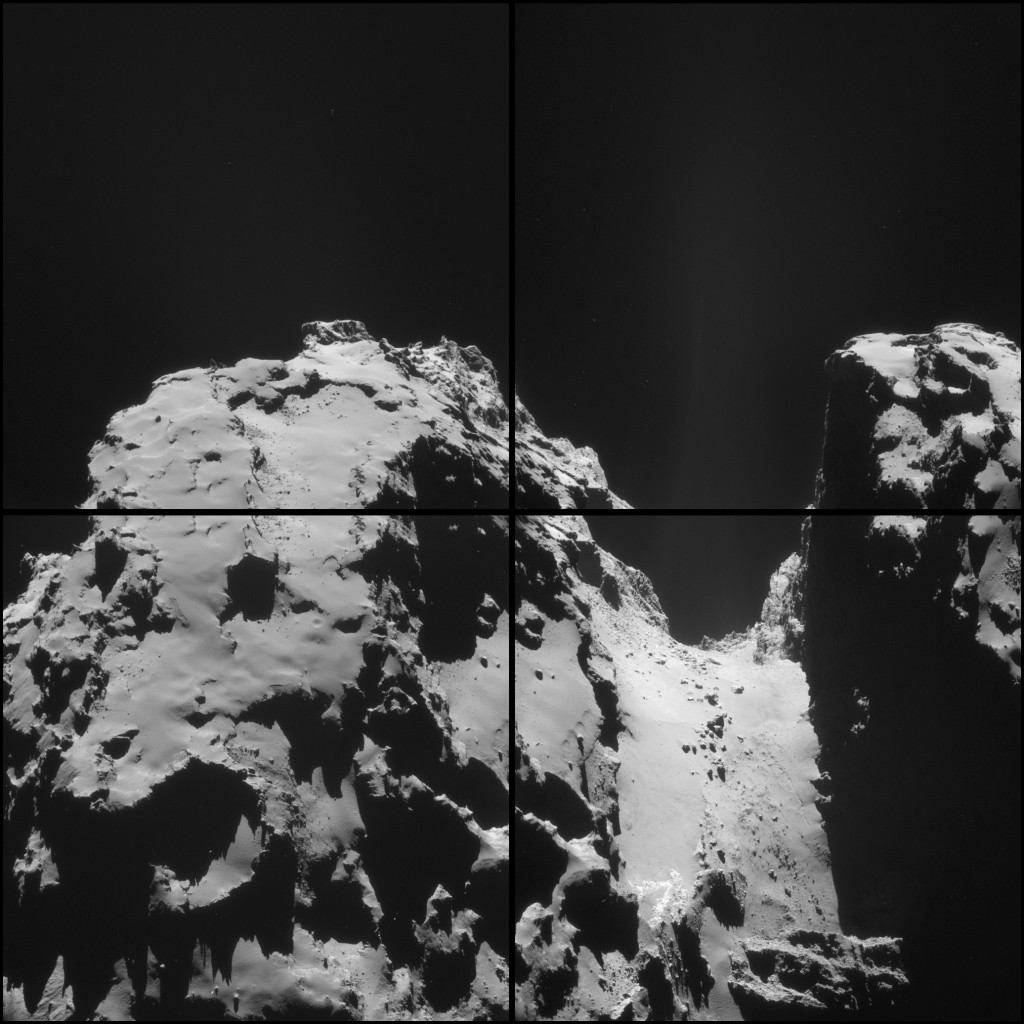 As usual, the four individual images making up the montage are provided at the end of this post. It’s interesting to see how the perspective has shifted and some of the features have changed in appearance as a result of the comet rotation and spacecraft movement in the time between the first (bottom left) and last (bottom right) image being taken. For example, look at the change in the length of shadows of features close to the ‘join’ in the bottom two images. So, a word of caution: while it is possible to make a seamless mosaic using software like Microsoft ICE, a careful check against the originals will very likely show areas that are incorrect. Note also that the diffuse ‘blob’ mentioned in Monday’s post and probably due to internal scattering in the NAVCAM optics, is visible again in the top two images in today’s post. Since the blob appears to blend into the jets seen in the top right frame, take care when cranking up the contrast!

You might also like to compare these images with those of the same region seen from a distance of about 28.5 km on 24 September.

Focusing on the lower right frame of this montage, you may spot some interesting features, in addition to the numerous boulders. For example, in the lower centre portion of the image, there appear to be exposed surfaces devoid of the smoother material that dominates the neck region (the exposed surfaces appear as brighter features with these image contrast settings). Higher-resolution images will hopefully tell us how thick this dusty covering is in this location, at least, and thus perhaps provide information about the rates of erosion.

Snaking through the centre of the frame, close to the shadowed portion on the right, is another curious feature. In some places it looks like a series of small pits; in others, they appear to merge into longer trough-like features – you can just about make out some small pits in the 24 September image. It will be interesting to get a closer view of these features, to see how they fit into the overall picture of the evolution of the comet.

As the comprehensive survey of 67P/C-G continues, efforts will also be made to learn more about the origin of the boulders and, of course, their composition. Are they relics from the comet’s interior, exposed by an erosive process that has removed material from around them; are they products of erosion from nearby cliffs; or were they exhumed by jet activity? 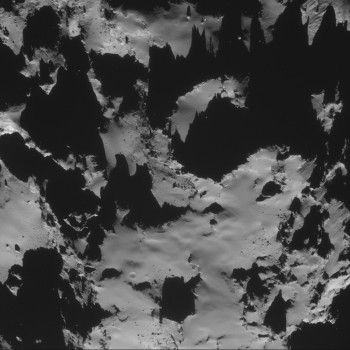 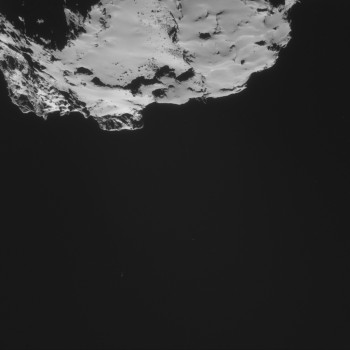 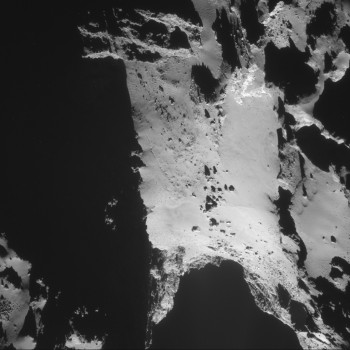