Rosetta will deploy Philae on 12 November

The date is set! Rosetta will deploy lander Philae to the surface of comet 67P/C-G on 12 November. 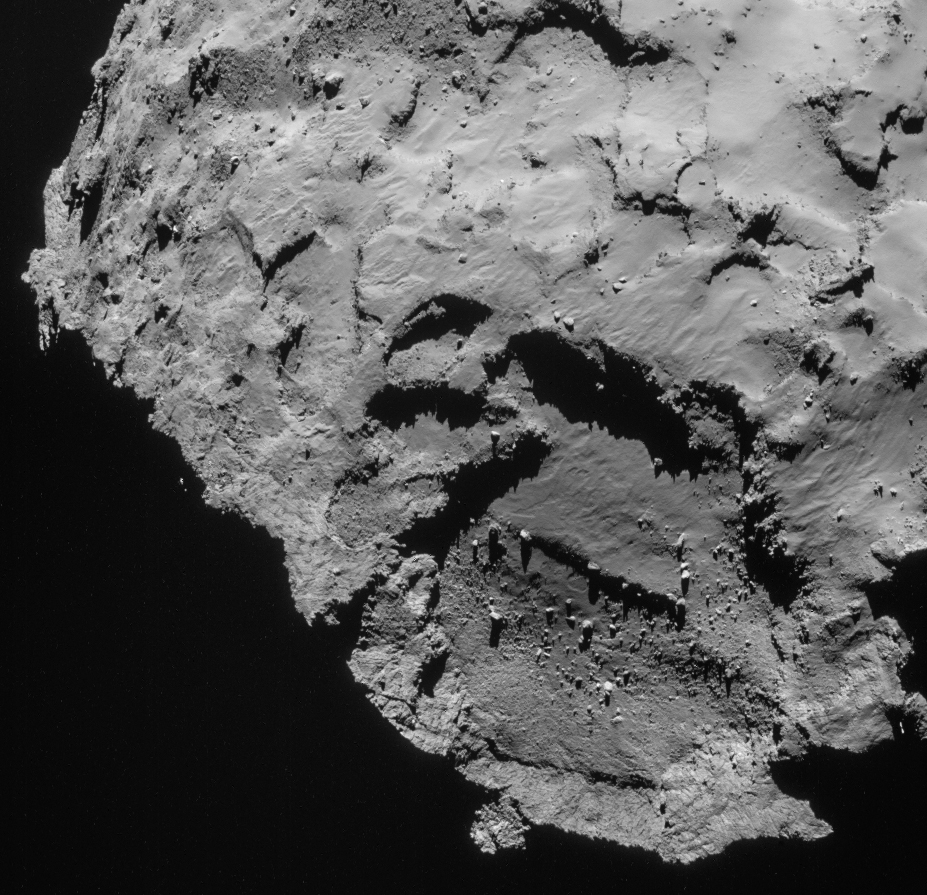 NAVCAM image of the comet on 21 September, which includes a view of primary landing site J. Click for more details and link to context image. Credits: ESA/Rosetta/NAVCAM

For the primary landing scenario, targeting Site J, Rosetta will release Philae at 08:35 GMT/09:35 CET at a distance of 22.5 km from the centre of the comet, landing about seven hours later. The one-way signal travel time between Rosetta and Earth on 12 November is 28 minutes 20 seconds, meaning that confirmation of the landing will arrive at Earth ground stations at around 16:00 GMT/17:00 CET.

If a decision is made to use the backup Site C, separation will occur at 13:04 GMT/14:04 CET, 12.5 km from the centre of the comet. Landing will occur about four hours later, with confirmation on Earth at around 17:30 GMT/18:30 CET. The timings are subject to uncertainties of several minutes.

Final confirmation of the primary landing site and its landing scenario will be made on 14 October after a formal Lander Operations Readiness Review, which will include the results of additional high-resolution analysis of the landing sites conducted in the meantime. Should the backup site be chosen at this stage, landing can still occur on 12 November.

Read the full story on the ESA Portal: Rosetta to deploy lander on 12 November