A mosaic, and the four individual frames are also provided below. 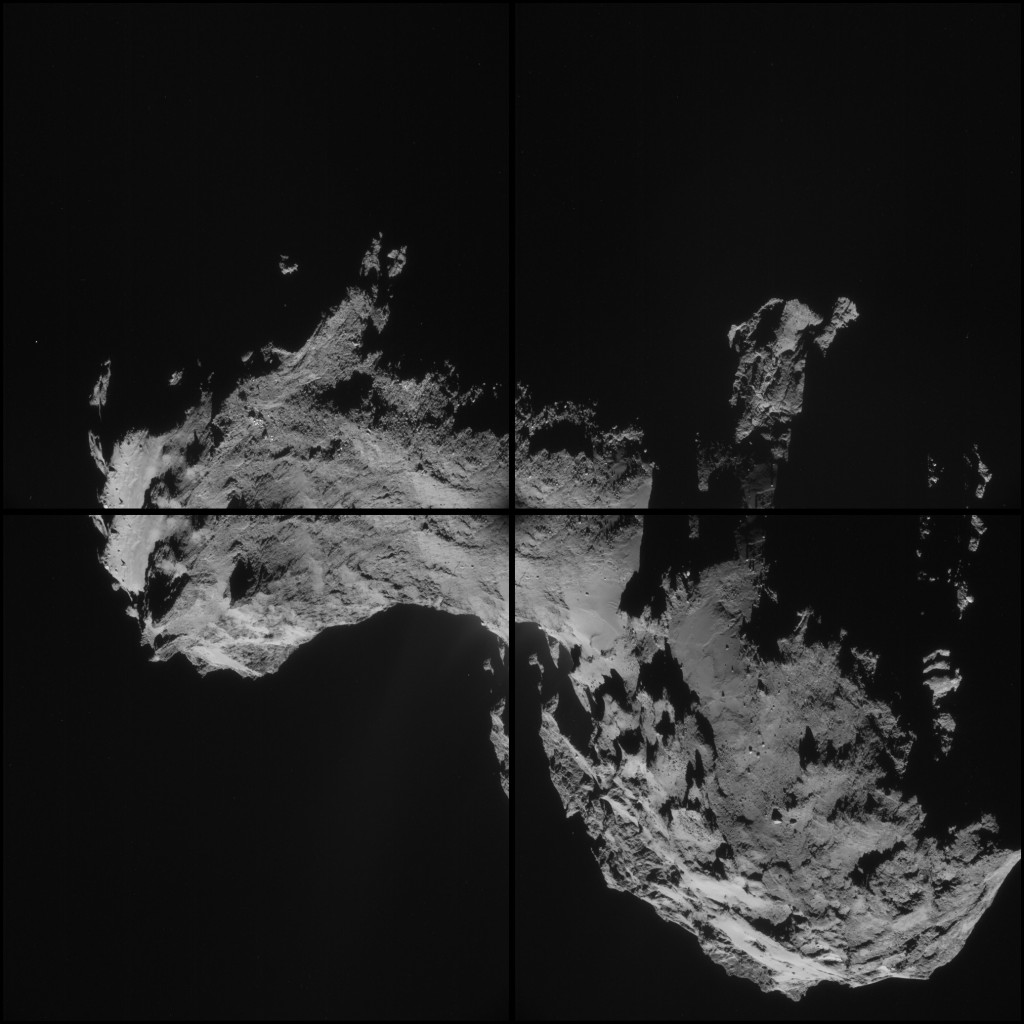 Four image montage of comet 67P/C-G, using images taken on 19 September. The four images are shown separated by black borders and there is some overlap between adjacent frames, so that some features appear in more than one image. Credits: ESA/Rosetta/NAVCAM

This beautiful view shows off a wide range of the comet’s features: from the jets emanating from the ‘neck’ region, to the steep cliffs towering over both smooth and grooved terrain, and to the hundreds of boulders scattered across the surface. 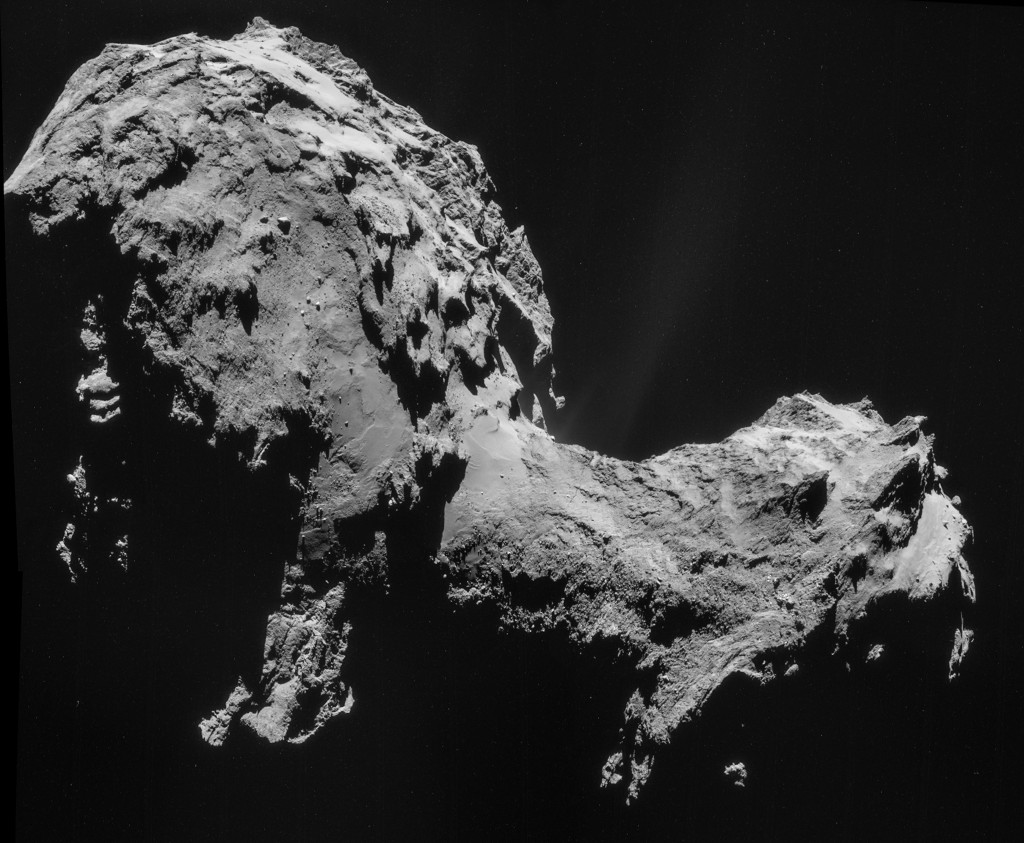 The mosaic has been put together using Microsoft ICE. This left a few small regions requiring slight exposure adjustments using Adobe LightRoom. The full image has then been lightly contrast enhanced to bring out the activity without increasing the background noise too much.

The original images are unaltered and can be used for comparison. 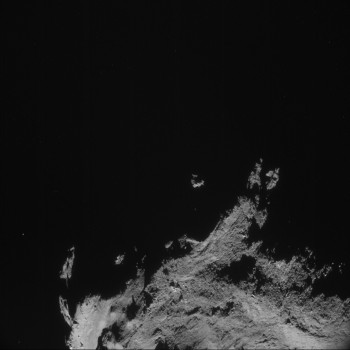 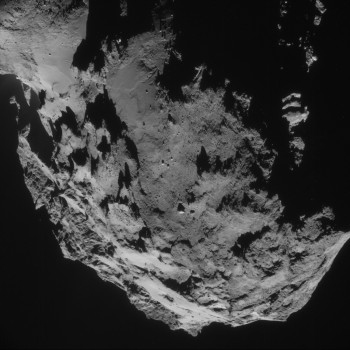 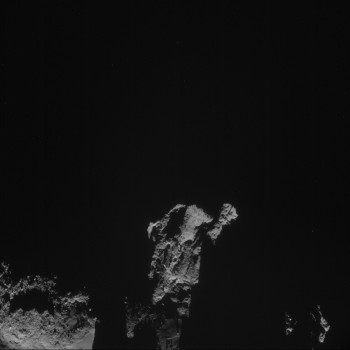