A preliminary map of Rosetta’s comet

Scientists working on images of comet 67P/Churyumov-Gerasimenko have divided the comet’s surface into a number of different regions based on their morphology, revealing a unique, multifaceted world. 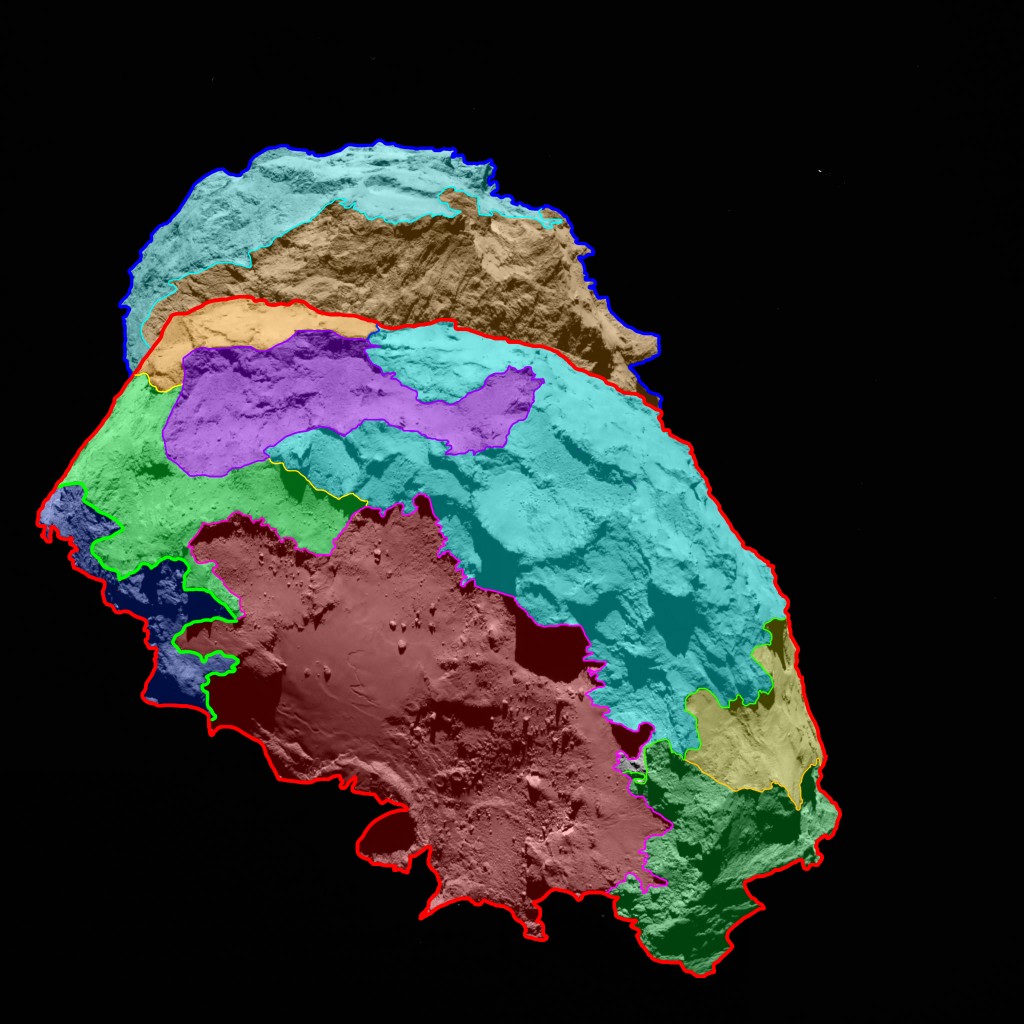 Several morphologically different regions are indicated in this preliminary map, which is oriented with the comet’s ‘body’ in the foreground and the ‘head’ in the background.
Credits: ESA/Rosetta/MPS for OSIRIS Team MPS/UPD/LAM/IAA/SSO/INTA/UPM/DASP/IDA

The map and new high-resolution images from the OSIRIS instrument were presented during the Rosetta special session at EPSC today.

With various areas dominated by cliffs, depressions, craters, boulders or even parallel grooves, 67P/C-G displays a multitude of different terrains. Some areas even appear to have been shaped by the comet’s activity.

This preliminary analysis provides the basis for a detailed scientific description of the comet’s surface, but a substantial amount of work involving more detailed OSIRIS images and data from other Rosetta instruments lies ahead to determine what each region represents in terms of their composition and evolution. One recent image from the OSIRIS narrow-angle camera is also shown here. 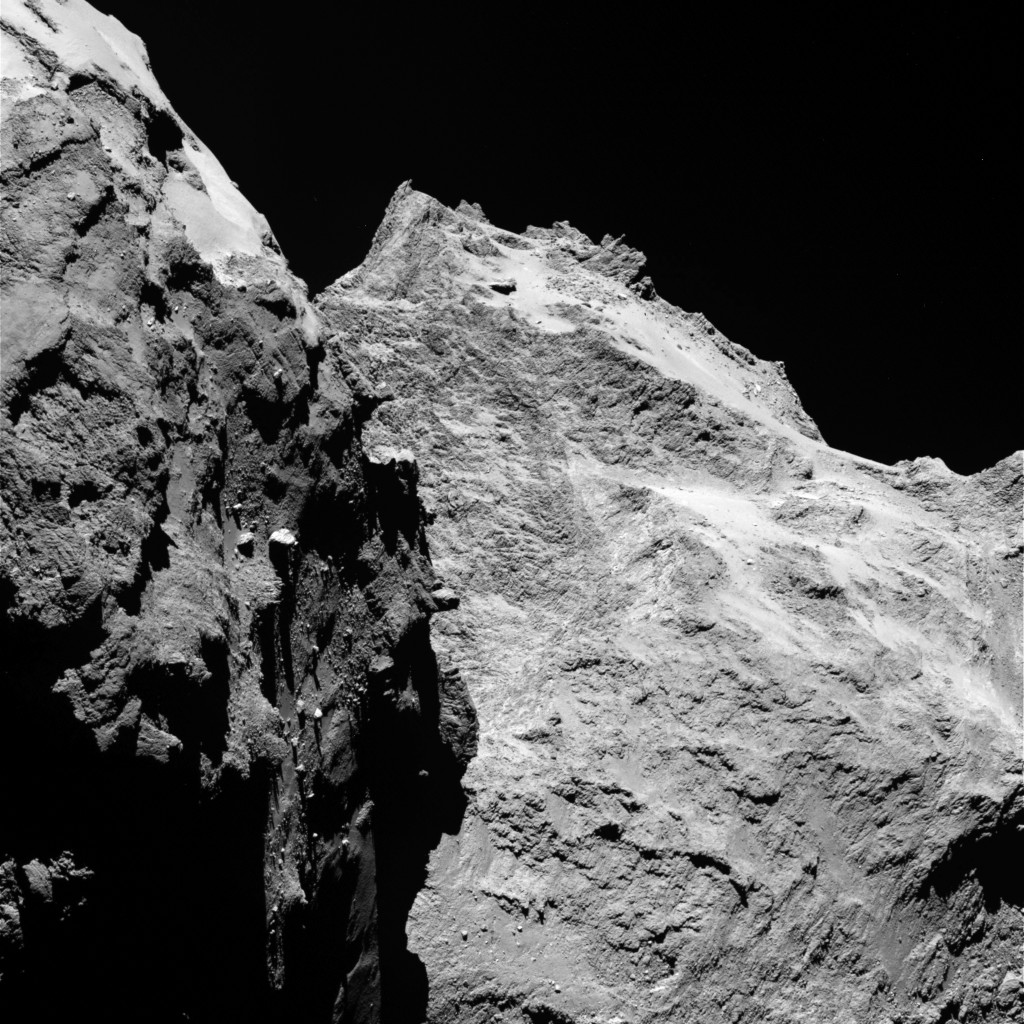 Jagged cliffs and prominent boulders are visible in this image taken by OSIRIS on 5 September 2014 from a distance of 62 kilometres from comet 67P/Churyumov-Gerasimenko. The left part of the image shows a side view of the comet’s ‘body’, while the right is the back of its ‘head’. One pixel corresponds to 1.1 metres.
Credits: ESA/Rosetta/MPS for OSIRIS Team MPS/UPD/LAM/IAA/SSO/INTA/UPM/DASP/IDA

As both 67P/C-G and Rosetta travel closer to the Sun over the next months, the OSIRIS team will monitor the surface looking for changes. While the scientists do not expect the borderlines of the comet’s regions to vary dramatically during this one passage around the Sun, more subtle transformations of the surface may nevertheless help to explain how cometary activity created such a breath-taking world.

Next weekend, on 13 and 14 September 2014, the maps will play a key role as Rosetta’s Lander Team and the Rosetta orbiter scientists gather at CNES, Toulouse to determine a primary and backup landing site from the earlier pre-selection of five candidates.